It’s a sad fact that someone is always going to end up lonely, unless you take matters into your own hands.

Last week I skived off to Sydney for two nights. I went over to meet with Microsoft and check out all the new shit they’re doing with their X-box range. I can’t be more specific about it than that till the 20th due to embargo stuff but it was a fun trip. I got to be one of those tragic people walking around a new city solo, taking selfies with iconic architecture and sitting at bars alone.

The one major thing that came out of the trip though was the sudden urge to buy Playerunknown’s Battlegrounds.

PUBG has a pretty great game loop. Although, I play the caution game, so I usually surf may way into the top 10 by hiding in a bathtub with a shotty aimed at the door. Not exactly riveting entertainment. But there’s always the chance I’ll open a crate and make a couple hundred dollars off a pleated skirt or something. Exciting stuff!

I haven’t gotten any interesting screenshots yet because it’s not exactly a very pretty game, so instead here’s some screens from the latest Elite Dangerous 2.4 beta. I jumped on purely to do the community goal so I could get the limited decal. But I managed to get to the Thargoid crash site and then never log in again. Featured is a Cutter, which I totally can’t afford to fly in the actual game. 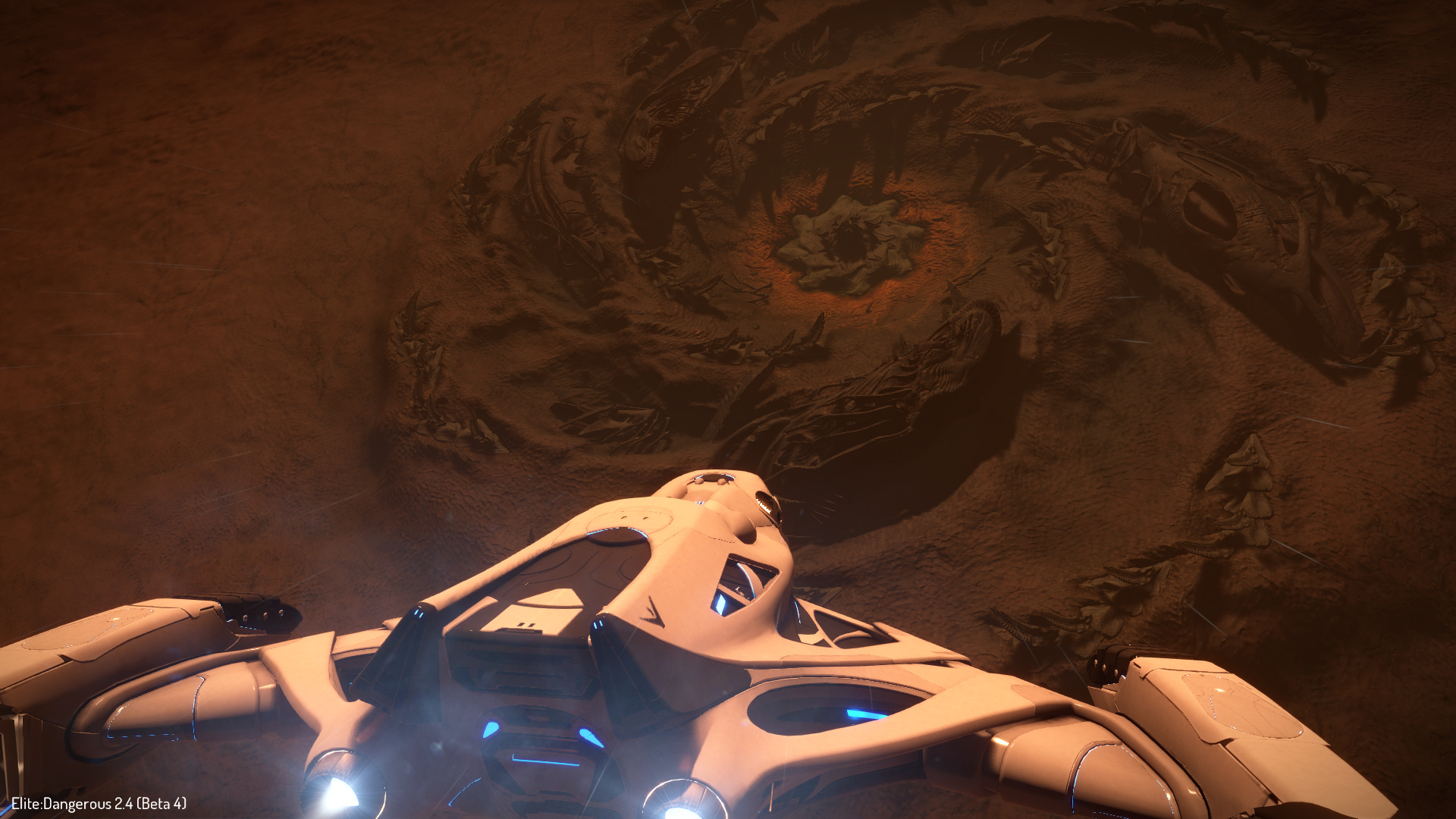 ↓ Transcript
We won't always together. I'll probably die first and then you'll be alone.

No I won't. We'll die together in a car crash

Zooms in on smiling face

0 Thoughts on Always Together, Forever and Ever