I’ve been having a tough time with the Ni No Kuni franchise recently. I got the first game on Switch not so long ago and have had a tough time dealing with the AI companions being an absolute piece of shit during combat, I’m determined I’ll figure it out though eventually. Now on the mobile side of things we’ve been given a brand new game to explore and well, it sucks. Ni No Kuni Cross Worlds has all the fidelity of a mobile game made in 2022, but the sensibilities of a 2016 release. The TLDR is: Don’t bother with this game unless you like the idea of a game playing itself while you spend your life doing something far more interesting

It looks absolutely gorgeous, the visual experience is flawless. It’s lush, if not a little cramped feeling world wise. But it’s somewhere I want to exist. I want to explore. But the game is completely undermined by autopathing legions of players droning from point A to point B. Then when they get there you start autobattling. It gives me no reason to play myself and no reason to stick around for more. 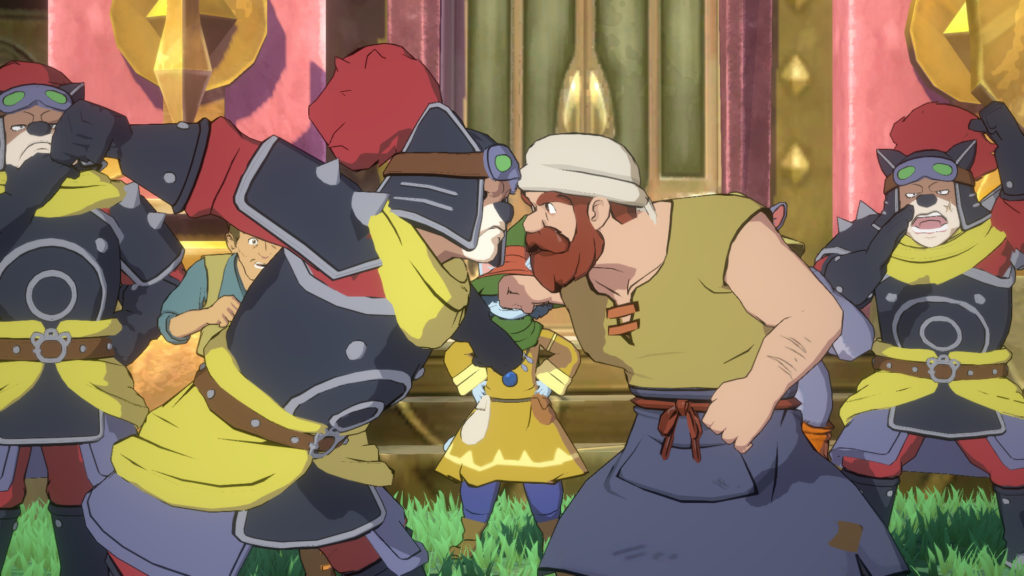 The Desktop experience is currently in Beta, so it’s understandably shabby currently, But I don’t have much hope for it. It feels like I’m playing via a mobile emulator, with the UI still acting as though it expects me to be using a touchscreen. Except instead of using my quick little fingers I’m plunking around with a mouse. I’m going to cut it a little slack though, as it was made clear this wasn’t a finished experience for desktop yet.

It’s games like this that gave mobile gaming such a bad name for so long, and with the release of stuff like Genshin Impact and Fortnite on mobile being full unnerfed experiences I thought we’d seen the end of games this bankrupt of gameplay, but here we are.

Do I want to like Ni No Kuni Cross Worlds? Fuck yes. Do I? God no. Even Diablo Immortal has a more rewarding game loop than this.