If You're Excited for Palworld, Don't Be
Ni No Kuni Cross Worlds Is a Beautiful Piece of Trash
Gaming May 27, 2022
Share

I came into Dragon Quest 11 fairly half heartedly, picking it up after a couple recommendations from people I respect immensely. I’ve been diving into JRPGs more these last couple years in an effort to truly know and understand the genre. It seemed only fitting that I get into the godfather of all JRPGs, Dragon Quest. I picked up Dragon Quest XI S: Echoes of an Elusive Age – Definitive edition at the end of 2020, and holy shit time flies. I liked what I played enough at the to pick up Dragon Quest Builders 2 but dropped DQ11 on several occasions as life stuff happened. Now here we are in 2022 on Dragon Quest Day no less and I’m having to come to terms with a finished game. I have to say goodbye to my party members who are more like friends at this point after spending just a little over 90 hours ingame with them. In many ways it feels like finishing a good book.

The world of Dragon Quest is a very grounded one, with very little high fantasy word salad bullshit that you’d find in Final Fantasy or other games in the genre. It’s refreshing to play a JRPG that I understand every word of.  It feels very much like a western fairy tail told with absolute confidence. It’s so confident in its world that some myths are exactly just that, myths that characters believe but have no basis for, even turning out to be false when the sheets are yanked off in the third act. 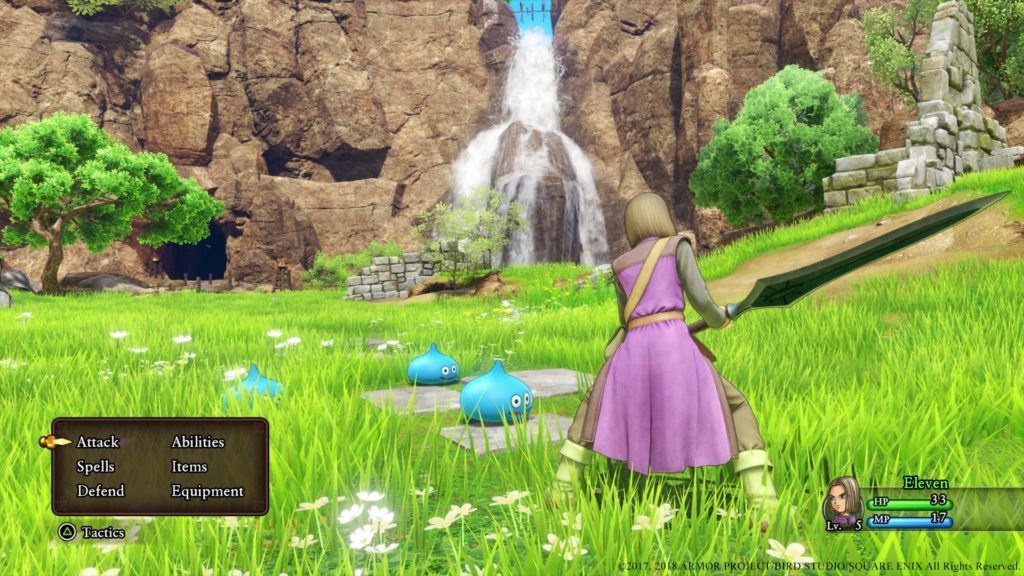 Much has been made of how this game hits all the familiar plot beats, and it really does. It’s a classic hero’s journey. but nobody else does it this well with characters this sympathetic, and it manages to find a surprising way to truly elevate your path to greatness that I didn’t end up expecting.

About midway through the game you’ll get a credit roll and the feeling of having accomplished something, but this is just a feint, as you continue to play in what is erroneously described as “post game” you start to realise that as a hero you left a wake of tragedy behind you. The time you had to become THE hero took too long, you weren’t quite ready, you went from peasant boy to demon slayer in almost no time at all, and this slow growth came at a cost.

For the rest of the game you rectify things in a surprisingly cool way, truly becoming the legendary hero everyone expected you to be when you first set out, looking at your character from the eyes of the rest of the party you can see how truly they have excelled. The party is also treated with loving care, and knowing their stories is an absolute pleasure. So good in fact that the upcoming spinoff prequel featuring Erik and his sister is being lusted over by myself and fans everywhere. A new trailer just dropped today, check it out:

The game world feels curated and quite narrow, and while you can zoom around the continent you will always feel like you are in some sort of giant outdoor hallway. I don’t say this as a downside either. Having a curated game world means that they can pour effort into what IS there, even the hand placed random NPCs chilling out in cities, who mostly all get new dialogue when major things happen to the world and affect them personally. Some even have micro-storylines of their own that develop over the course of major story events if you go back to speak to them.

DQ11 is not a hard game by any stretch, although there are options to make it harder for yourself if you so desire. I blasted through the main story quite handily with no soul destroying grind sessions. In the final section after the first credits I did find that they had cranked up the difficulty somewhat, and preparation was far more necessary. There are challenges for people who want to flex their understanding of the combat system, and worthy rewards at the end of those challenges. Fortunately if you don’t have the time nor the inclination you can skip these elements and have a breezy time of it. I did find that I was getting party wipes in the “post-game” segment, and so I dilly dallied around with world quests I had been saying yes to and then immediately ignoring. Getting into a couple of these and fighting some optional boss characters got my level to a respectable level so I could take down pretty much anything with ease. This was the part of the game I stretched out to last longer, grinding in various areas hunting metal slimes that give insane XP, and learning mechanics that I really should have taken the time to understand earlier (such as just how easy it is to swap in and out party members to lock and load their pep. I think I may have added an extra 10 hours to my gameplay by doing as much as I could in this section before facing off against the final boss. It was absolutely worth chilling out with, but it felt good knowing I could pull the trigger at any time.

Pep is the spice sprinkled on top of the standard JRPG turn based combat. Occasionally your character will get pepped up, making them go blue super saiyan and buffing their health or damage. Using this pep before it disappears is essential, although you don’t know how long it will last, and if you can have multiple pepped characters you can do a whole range of awesome looking attacks and buffs. If I had bothered to read what most of these powers did when I acquired them, I’d probably not have had so much trouble with some boss in the post game section. If you’re getting into the game, about midway through make sure you’re familiar with Jade’s “Electro Light” ability which summons Metal Slimes with the help of the Hero and Sylvando. (Also maybe keep an eye on the Heroes Hallelujah ability which combos with Jade and Erik, but we’re getting into the weeds now.)

I have very few issues with this game, and anything I could whine about would make me look entitled, because the definitive edition really does fix everything people had issues with in the standard edition. There’s even an entire pixel top down demake of the game available packaged up inside the game that I haven’t even mentioned until right now. You can drop into it after creating a new save at a church. Then there’s also ANOTHER set of pixely sidequests that see you going back to the worlds of the original games, doing little microstories there for loot to use in the game proper. Maybe I should go ahead and play that now that I’ve run out of chunky things to do in the 3D world. 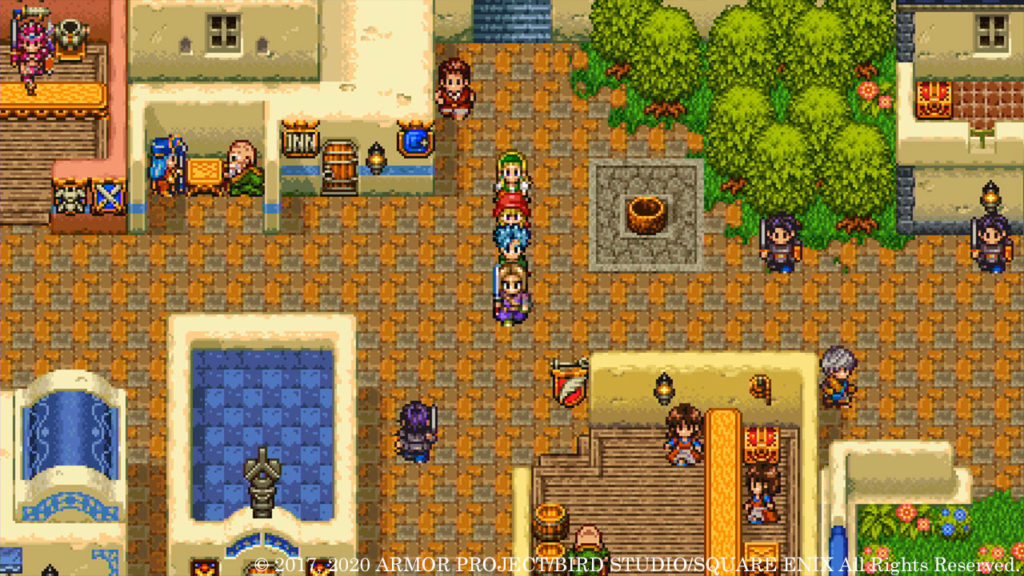 If you wanted to go ahead and play a JRPG that you can hang out with, that doesn’t bust your thumbs or your ass if you don’t want it to, then I can recommend DQ11. It respects your time and does everything it can to make sure you’re having a good time.

I’ve already got a save started on DQVIII on my 3DS, so expect a very very belated review of that in a couple years. I’m sure everyone will wait with baited breath to hear my thoughts on a game that came out in 2004 (and ported in 2017). Also it looks like I’ve got time to jump back into Builders 2, which is incredibly fun, and not just a Minecraft derivative like it appears to be at first glance.

0 Thoughts on Dragon Quest 11 Is a Perfect Game