Recently I jumped back into Tera, only to be told that “what are you, some sort of fucking idiot? If you aren’t queuing for dungeons what are you even doing with your life?”

What that translates to is relegating the open world to a lobby you hang out in till you’re ready to jump into an instance with 2 other people for some crazy experience. It sort of kills what I love  about MMOs, mostly the Massively Multiplayer bit. Sure the giant world is still there but, I dunno. The wind has gone out of the sails there. So I struck out to look for a new MMO.

(Most if not all screenshots in this post are taking with Remastered settings turned on.) 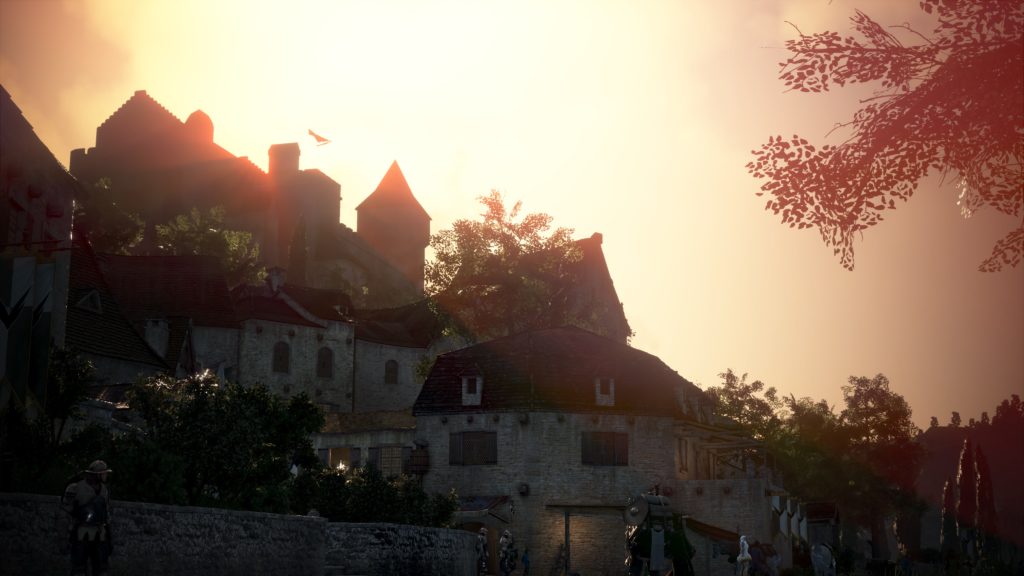 I picked up Black Desert Online a while ago while it was on a sale (checks email receipts) for $6 at the beginning of 2018. Holy shit. At the time I bounced off it pretty hard because I was barraged by menus and a bunch of systems that looked scary and deep. I made it to the first camp after the tutorial and quit. I installed it two more times over the next couple years and usually looked around for a little bit before uninstalling again. The hole that Tera left in me needed filling though so a couple weeks ago I tried one more time. I decided I’d just concentrate on the little prompts it gave me for quests and just tunnel vision my way through, not letting myself get bogged down too much. It payed off! And after looking at some beginners intro videos later on, it seems to be the advice everyone gives going in. 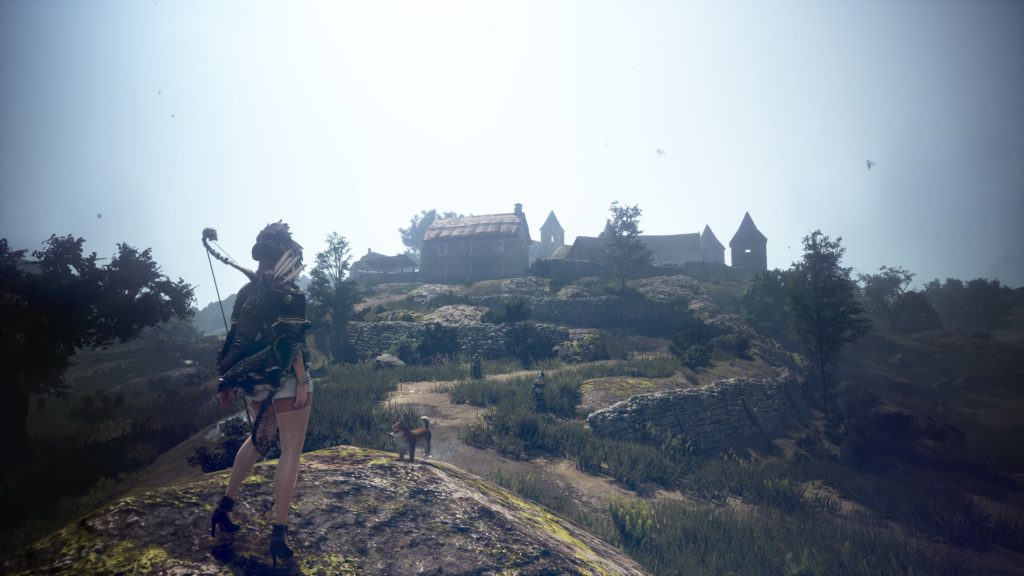 This game can only be described as lush. You’ll be walking down a believably bustling street and then find out you can push a door open to a busy tavern full of sailors waiting to be hired, all without hitting any loading screens. There’s just so much happening! The amount of different animations that have gone into this game is astounding, right up there with the best open world single player RPGs. Did they really need to do animations of an Orc patting its child on the back sitting by the campfire moments before I blitz through to farm XP? There’s a performance setting to turn down how many players are on screen, but with the amount of NPCs inhabiting this world, I don’t think you could feel lonely even if no one else ever logged in. 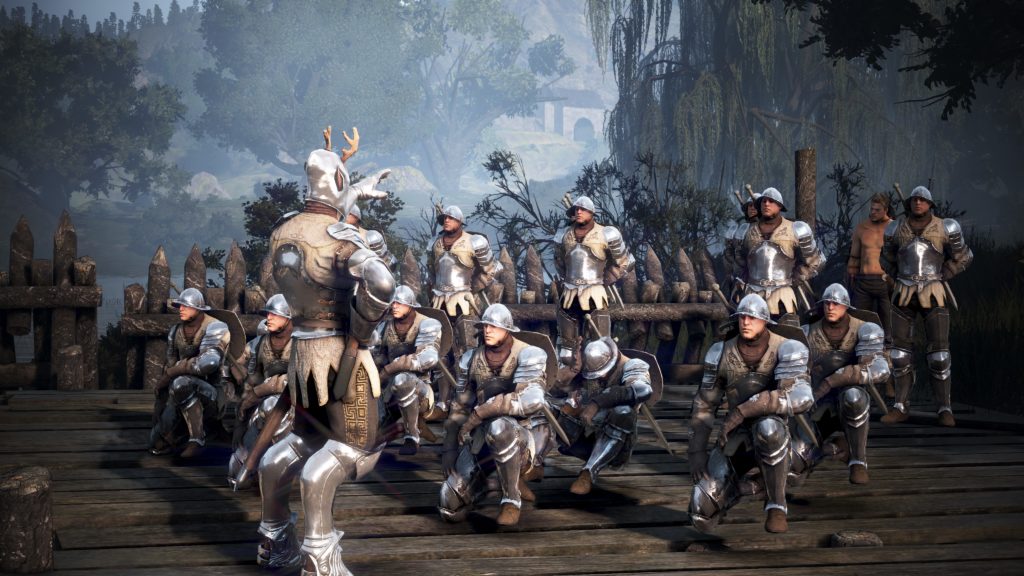 The world is pumping though. Player driven carts storm past laden with goods, AFK fishers clog waterways and ports, and dozens of people are clumped around the trade market NPC, who acts as your portal to all the goods you can buy and sell on the open market, setting trade buy and sell orders for the things you have made, gathered, or mined. 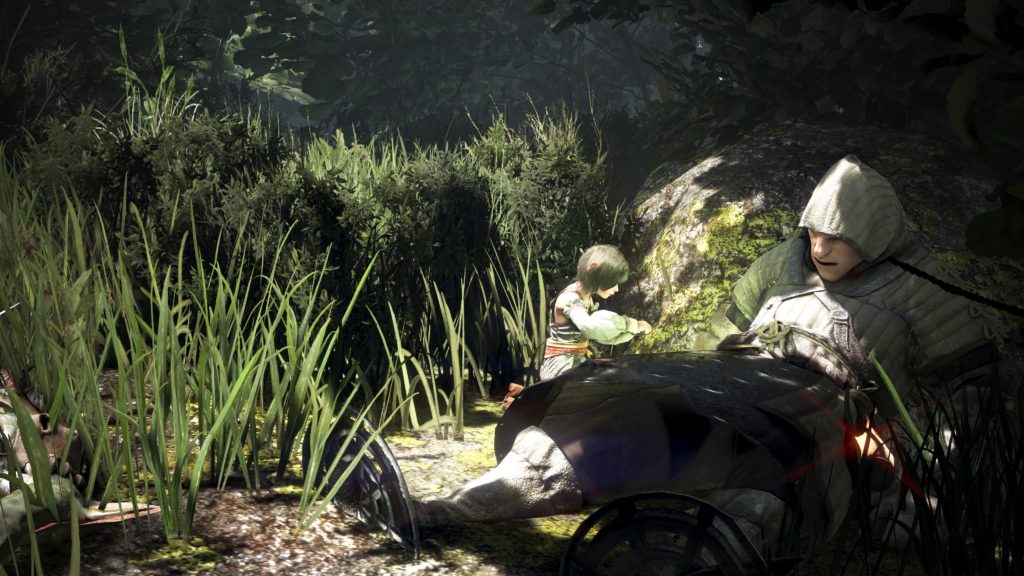 Combat is really well done, maybe one of the most engaging I’ve had in an MMO. Your discouraged from binding attacks, instead operating on button combos like you’re playing Tekken Lite. No point and click humdrumness here. 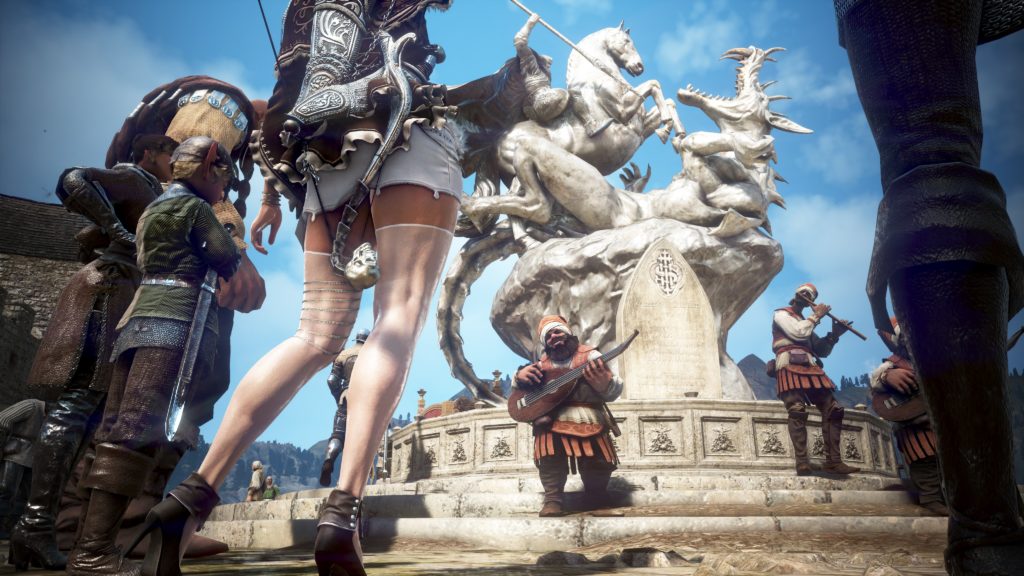 The main story questline is a bit garbled, but it feels natural enough leading me around the world so far. Bumping into sidequests is always fun as well, and doesn’t feel as gross checkboxy as some MMOs do for some reason. The quest rewards can be pretty sweet though, giving you plenty of scrolls for timed XP bonuses and more inventory slots. In about two weeks of veeeery casual playing I’ve made it to about level 40. I’m on a growth newbie server which means I can’t be PVP’d by anyone and they go ham raining XP bonuses on me. Oh yeah, there’s PVP and apparently you can’t turn it off, It’s just that kind of game and you have to deal with it. Although apparently there’s no real penalty for dying to another player, and they lose karma for doing it. 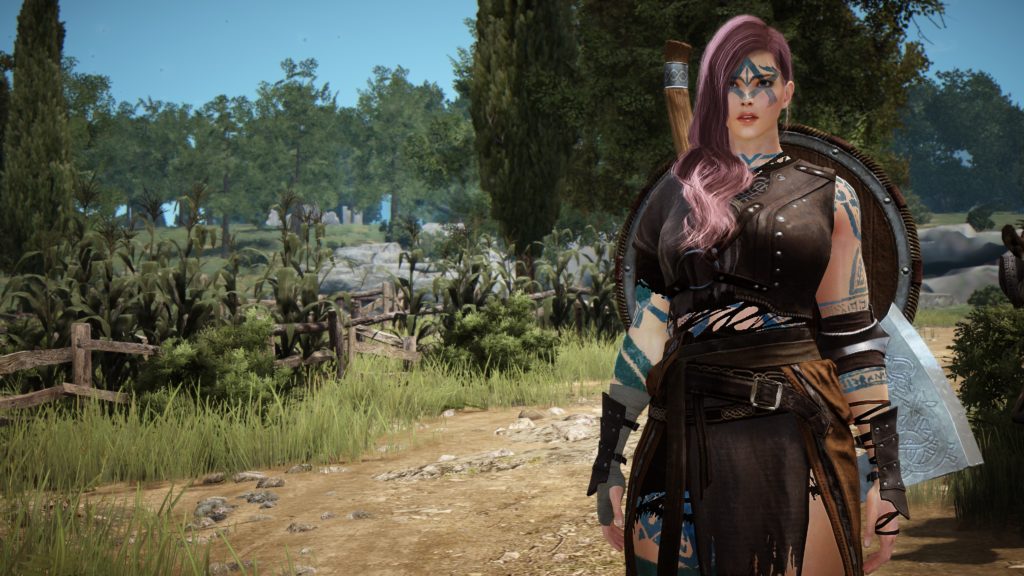 There appears to be little to no instancing in this game, everything you do occurs in the main world. There’s no fast travelling, but the game encourages you for having plenty of alt characters, which are considered all part of your “family” and can all work toward common goals. You can easily share items and stuff between them, and veterans have alts parked all over the world so they can easily jump into them to complete a task. For instance people generally have one character set up as a cook, who never leaves any one of the houses you own to do cooking that supports your workforce of NPCs who are literally out there in the world farming, carting, or gathering for you. 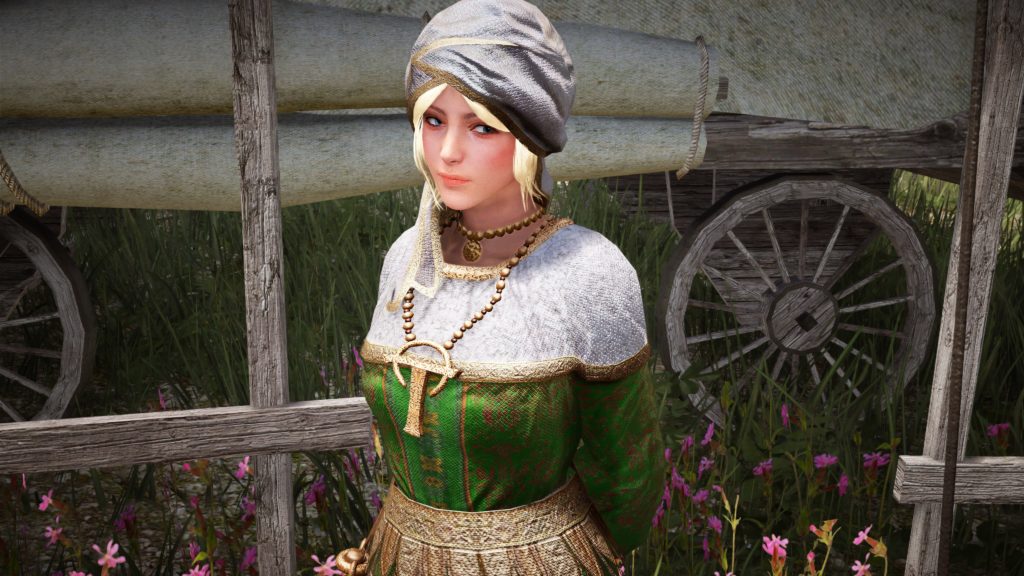 You need housing for NPCs, and fortunately you can buy pretty much any building you can see. You can have up to five as personal lodgings that you can go all Sims on in terms of furniture and work stations. Then the rest you can turn into factories for your workers to slave away in. I haven’t dived into it yet, but creating a well oiled machine of a trade empire seems to be a big part of the game for a lot of people. 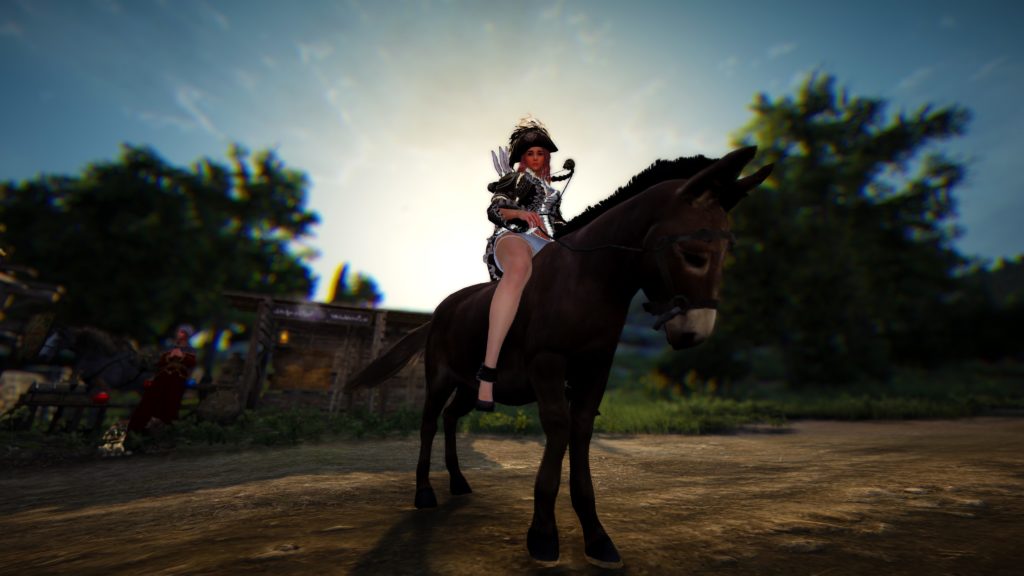 Exploring is rewarding, with this thing called a node system, which is generally an NPC you can talk to that creates connections between all the places in the world for you. Connecting nodes between two cities for example means you can create a trade route, or move items between the separate banks which are in each city. Striking out into the wild a little and you can find hidden nodes that unlock a regions crops or mines for you to send your workers to. 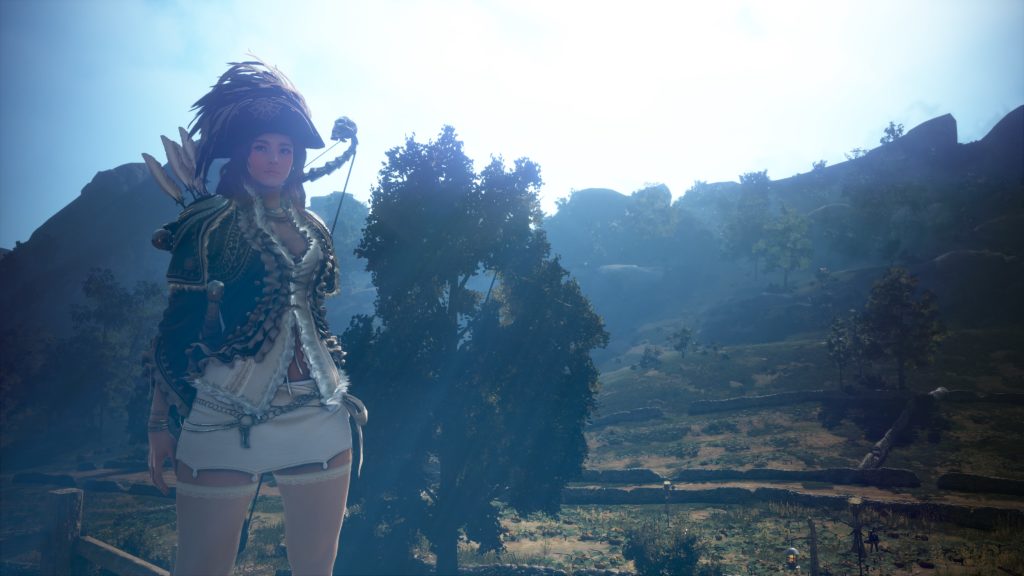 For a game with such a good combat system you can go a long time between fights if you want to, instead grinding life skills, or chatting to NPCs. Exploring a city and talking to all the NPCs gives you knowledge of the area, and gives you something to talk about to other NPCs. Talking shit to them about their friends down the road can make them more friendly toward you and open up new questlines and shops. 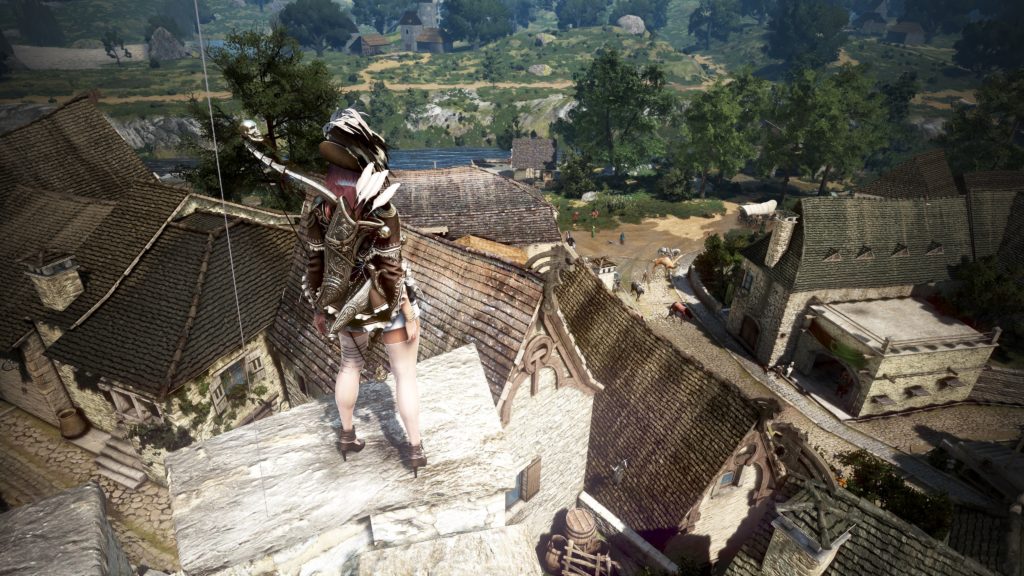 I’ve gone 800 words without even talking about the graphics, which are fucking beautiful, and ironically about the only thing I have a problem with at this stage. There’s plenty of graphic settings so you should be able to get this running on a potato if you have to. There’s also two hyper settings, one of them called exactly that, which will cut your framerate in half easily, even on a beast of a machine. The other is the Remastered mode, which at first blush just makes all the boobies shiny and cranks up the exposure (of light, not the boobies, you need to pay good money for that), but at the same time makes water, grass, and armour look delicious. I have found that even on the lowest settings my gaming rig can chug when I walk into the main square of major cities full of players and NPCs alike. 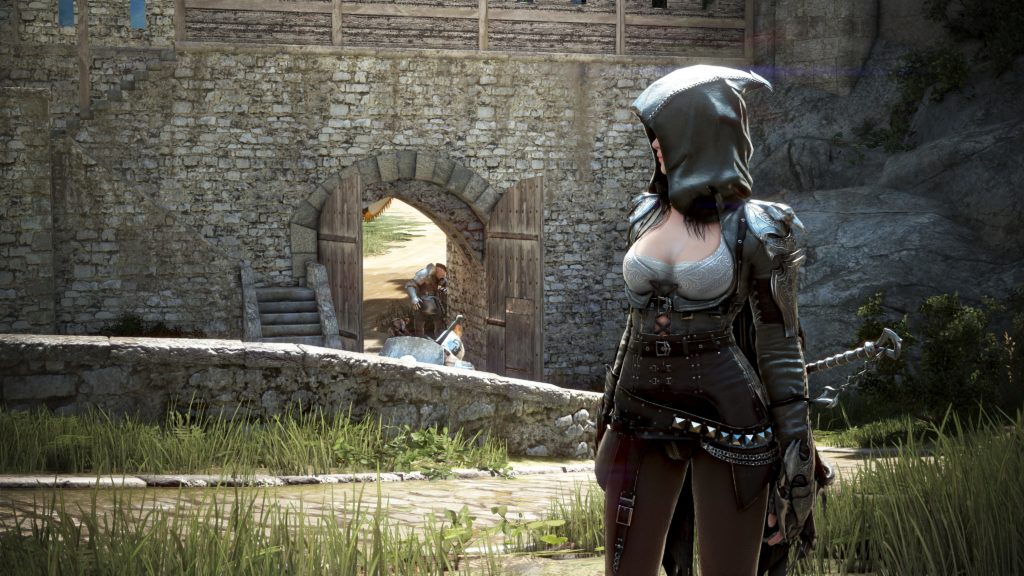 It also has atrocious pop-in, and not just in the distance either, shit will be popping in and out right up until you’re right next to it. It’s kinda fucked. But that seems to be the price we pay for having zero loading screens after booting up the game. 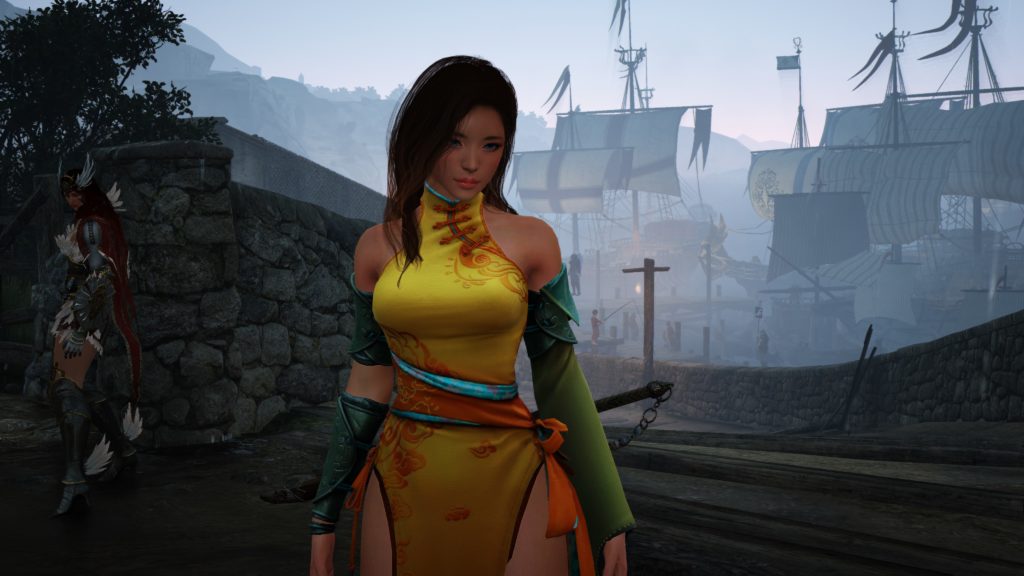 I think it says something about a game when I say I was worried I was going to hit level cap too soon. Well it turns out there’s no level cap, although they make it practically impossible to level very fast after a certain point with things really slowing down after you hit 56 and no lifers making it to the insane heady heights of 65. 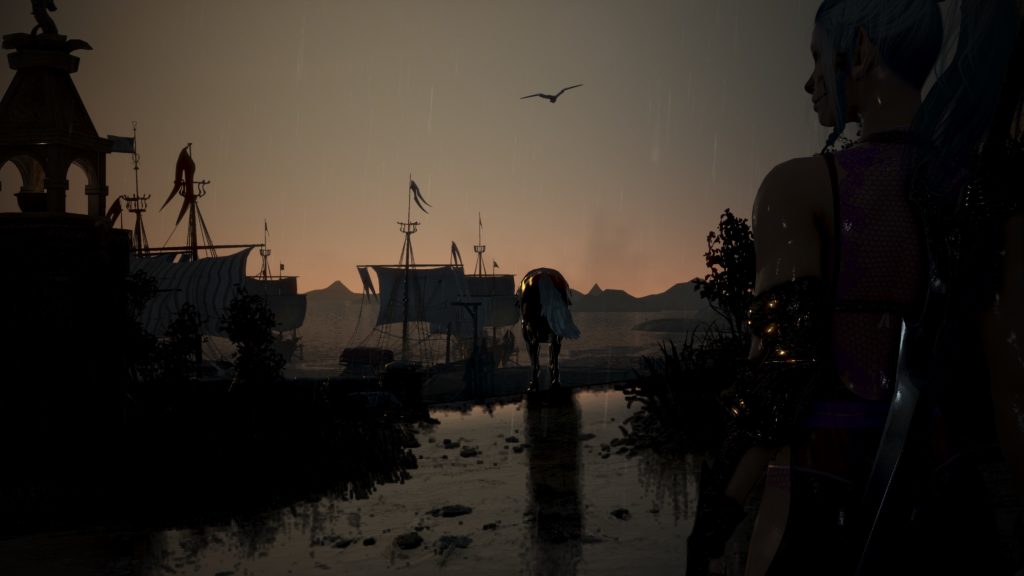 People kind of see this game as an oddity, and are demanding things like raids and dungeons so it can be like every single other MMO out at the moment. But honestly to me, it feels more oldschool than anything else. It feels like Runescape of all things (controversial I know, I’ve seen people pick up their pitchforks over that comparison). Except with graphics that are adamantly trying to melt your GPU. Watching “quality of life features” added to a bunch of my favourite MMOs over the years have only really put them on life support, and for some of those, their plug has been pulled. Maple Story 2, I’m looking at you, and I’m vibing the end of Tera as well soon enough. But for now I’ll be AFK fishing on Black Desert while on company time. 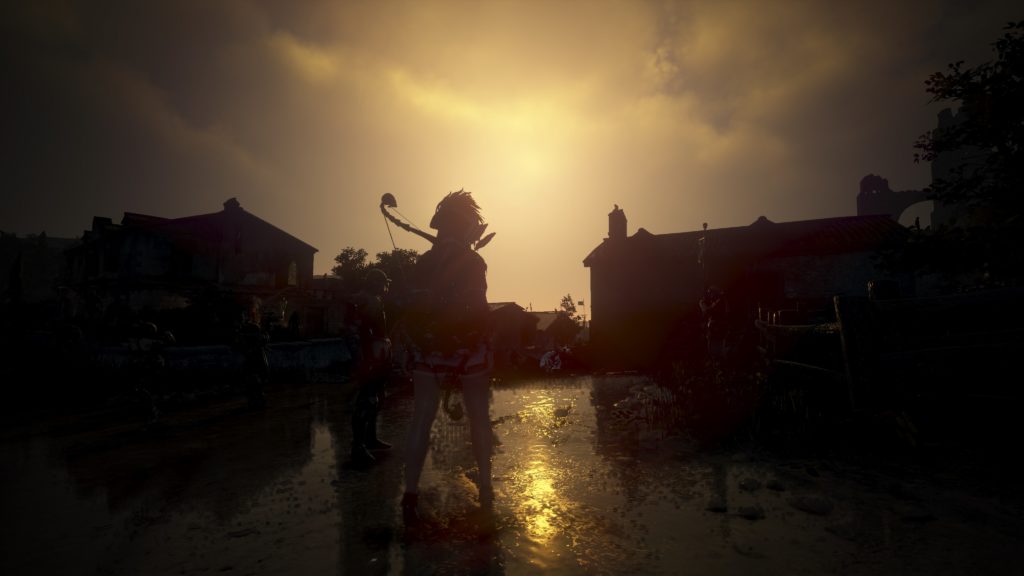 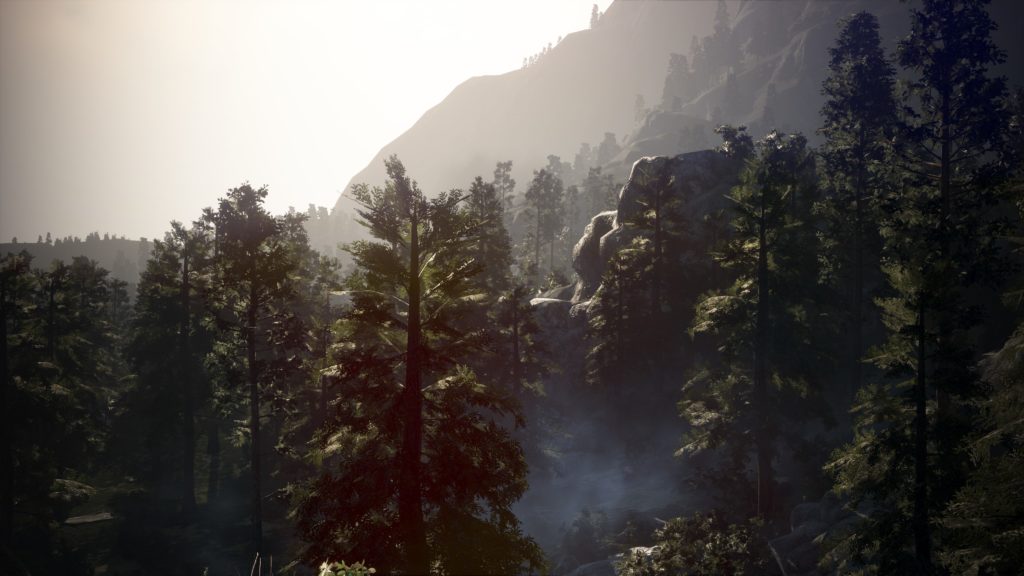 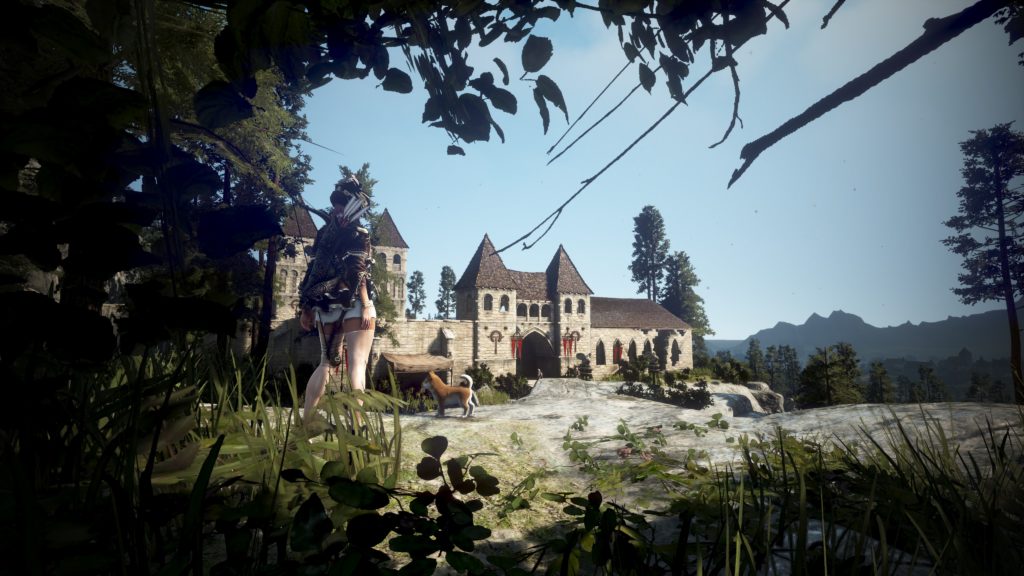 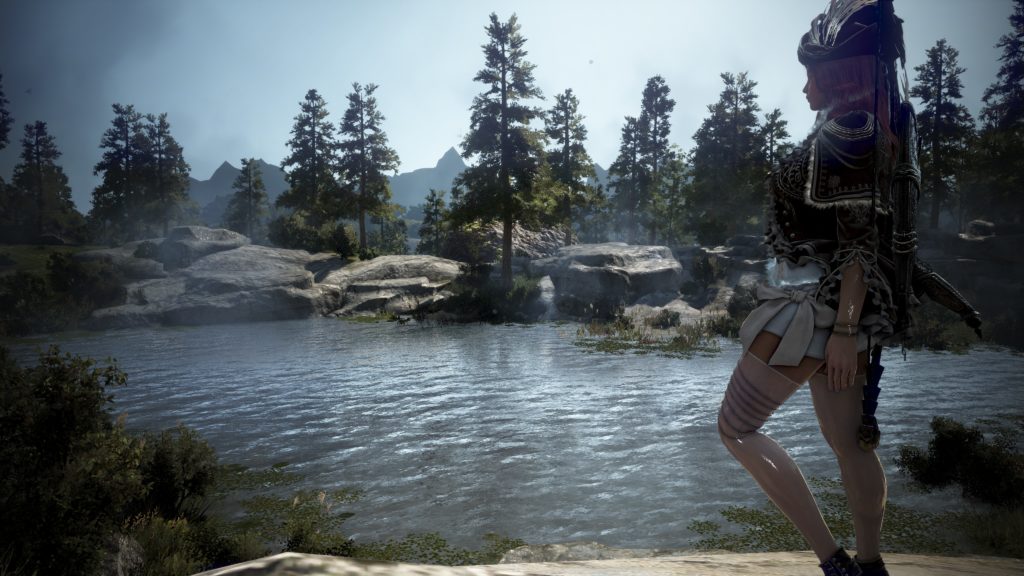 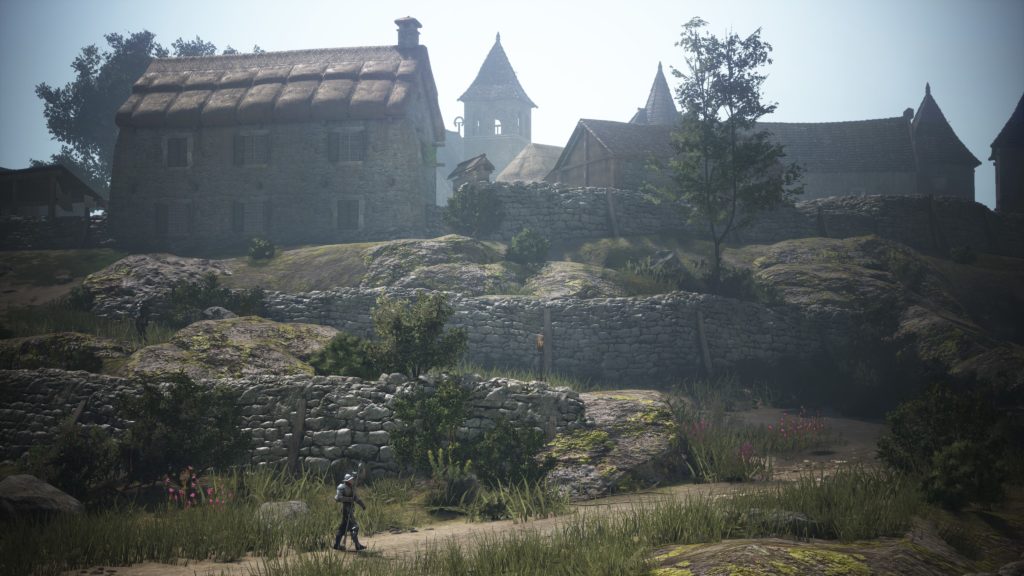 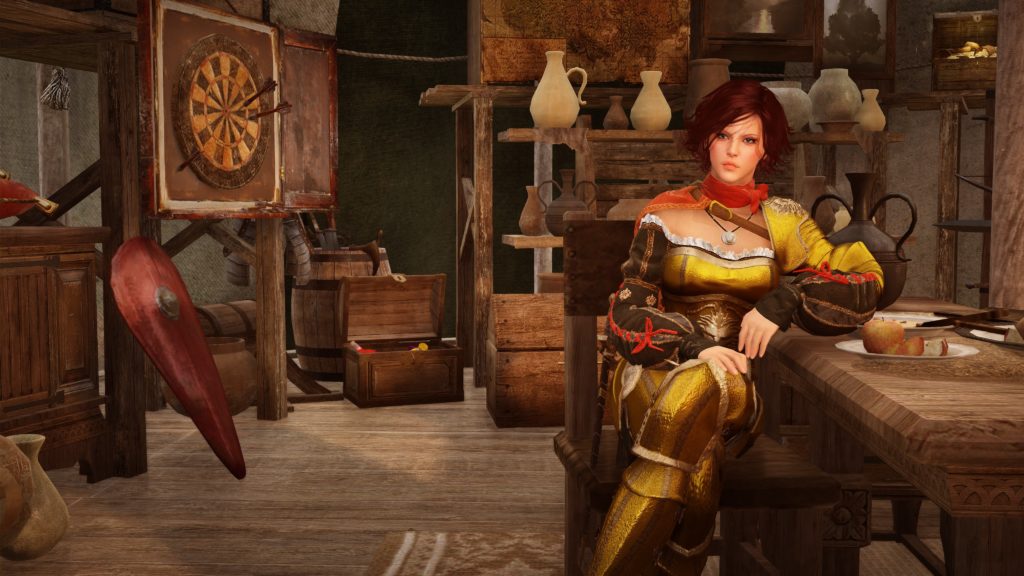 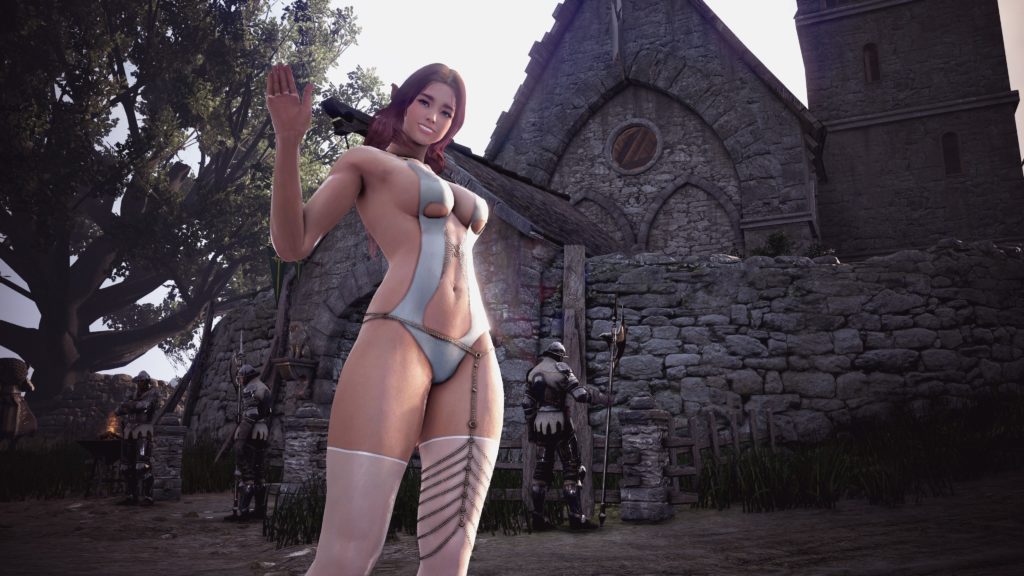 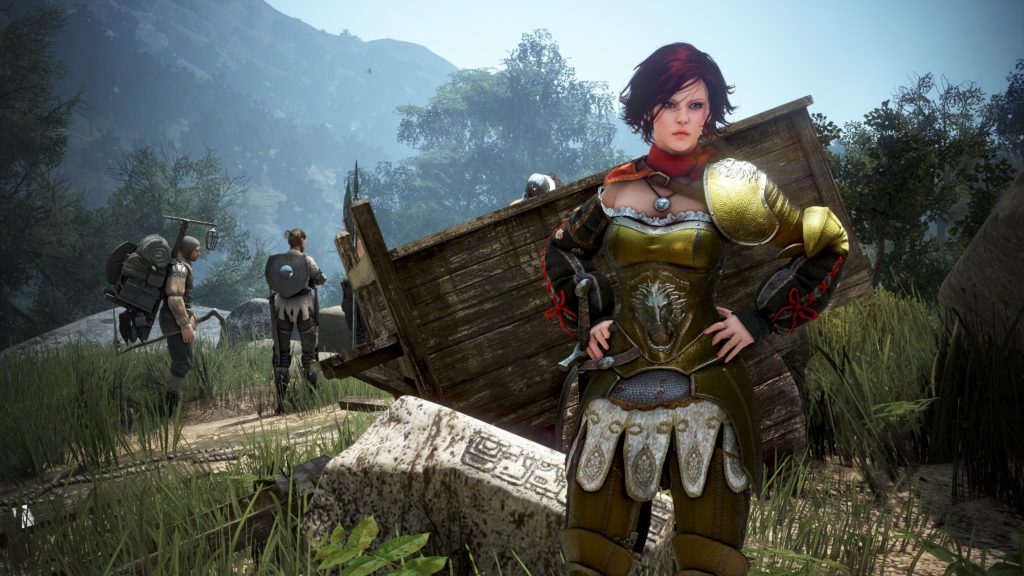 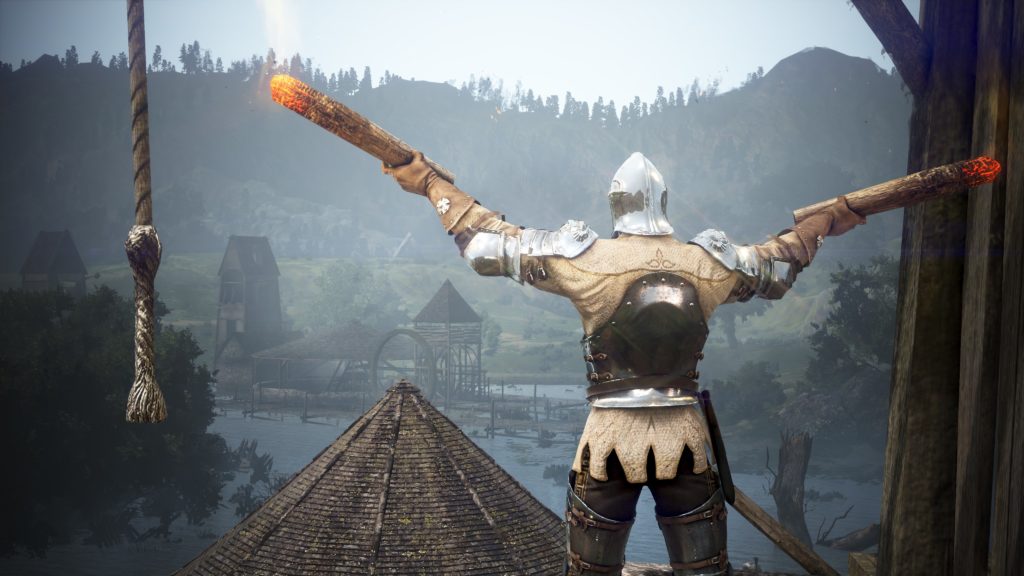 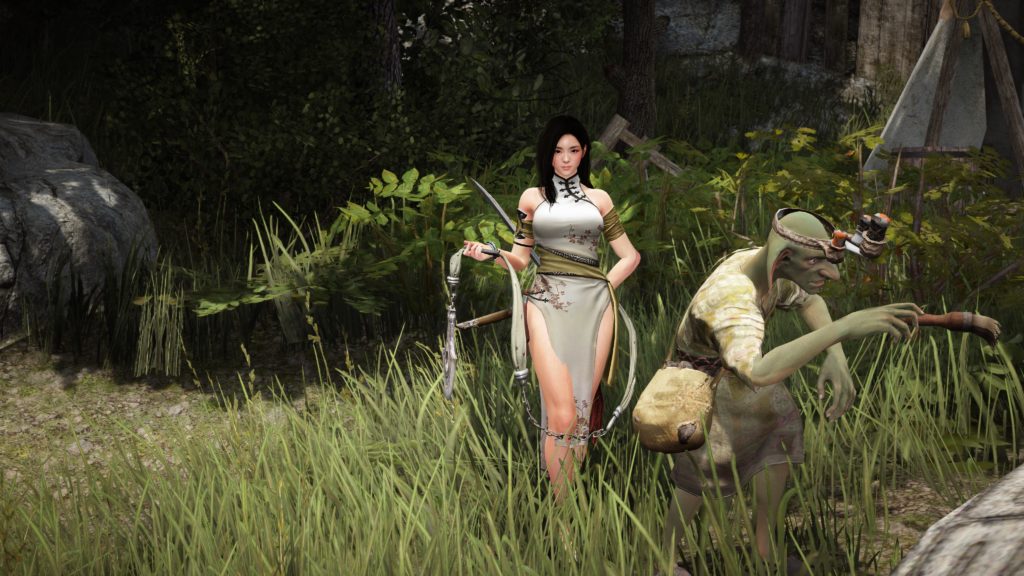 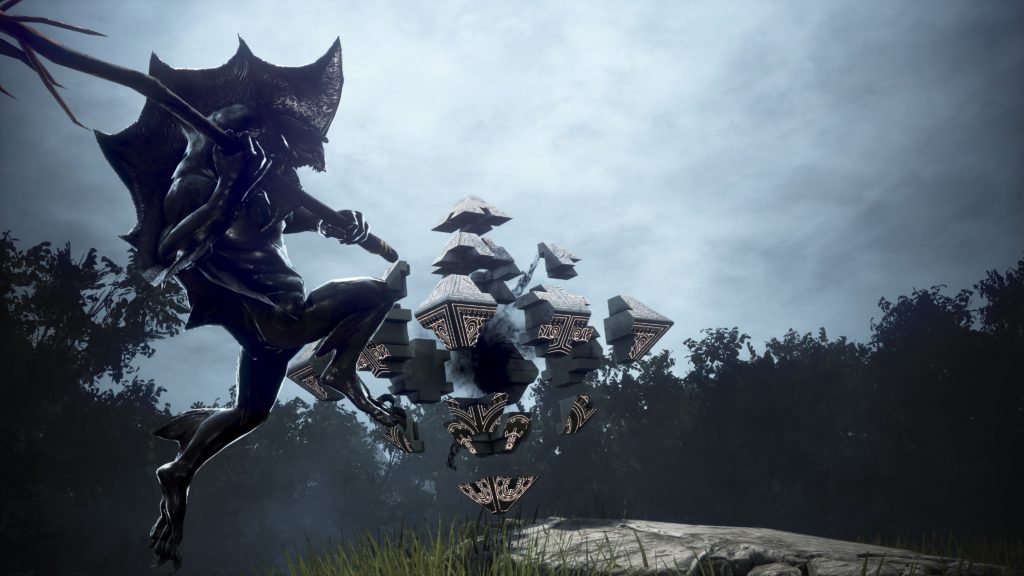 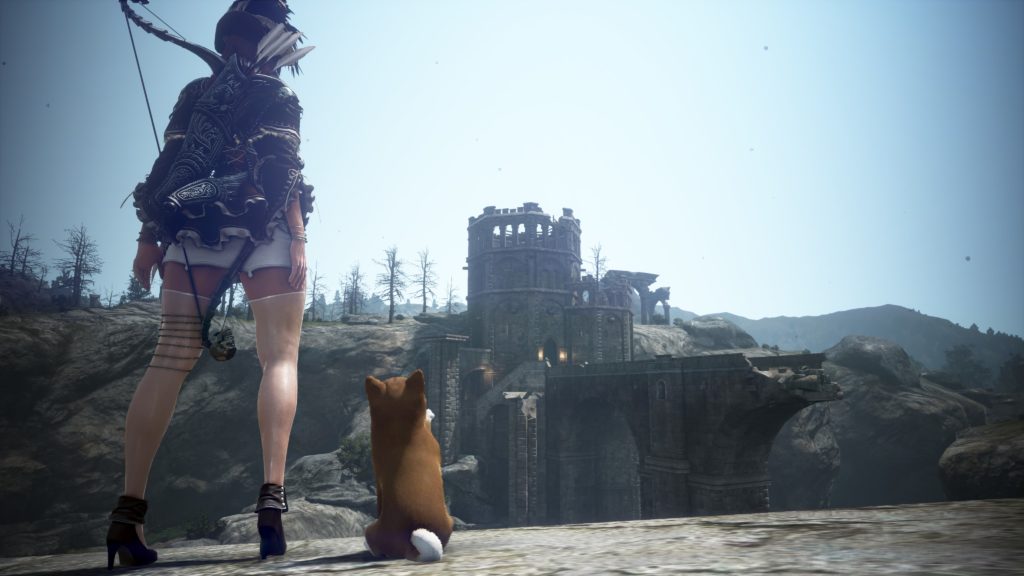 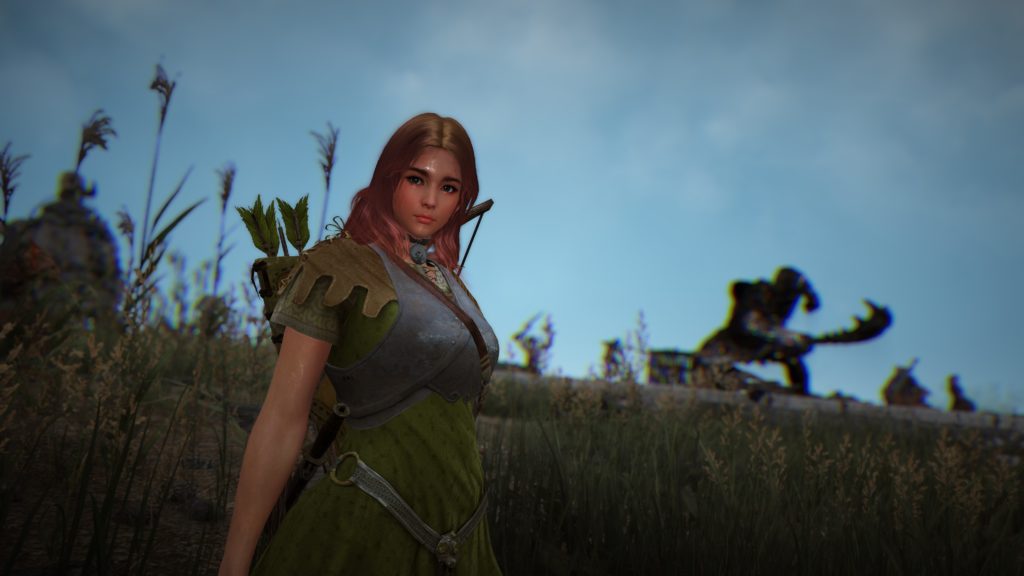 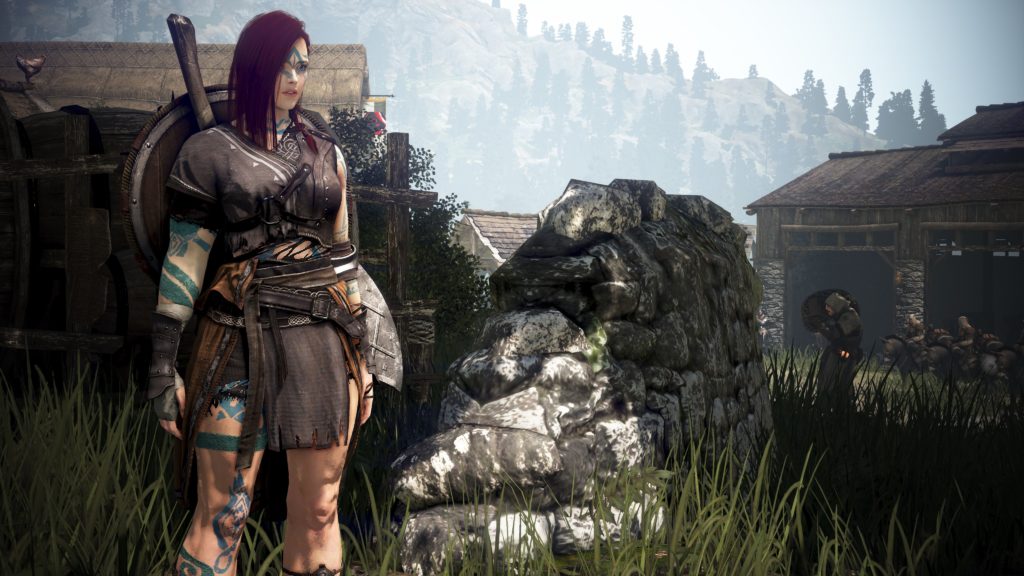 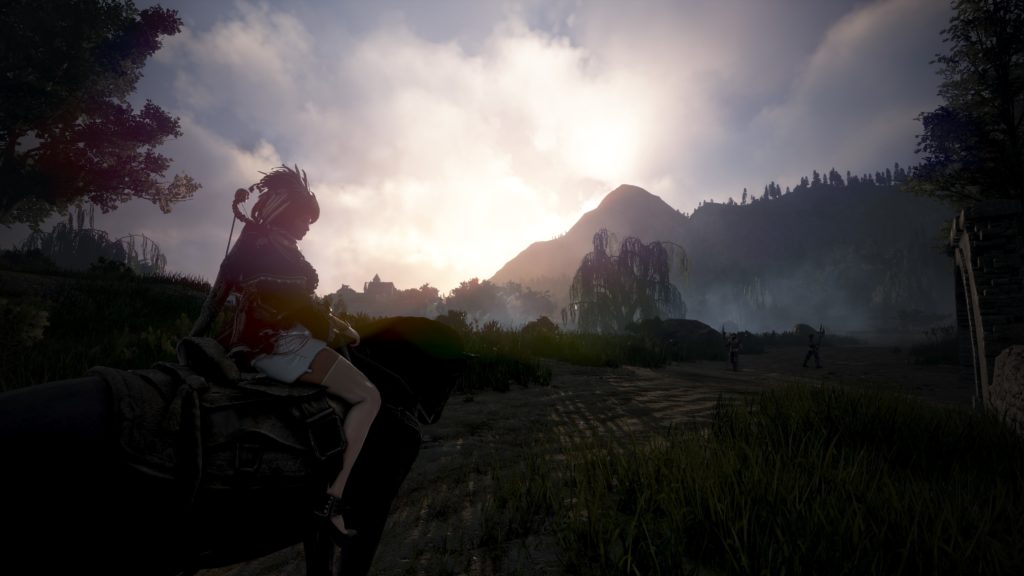 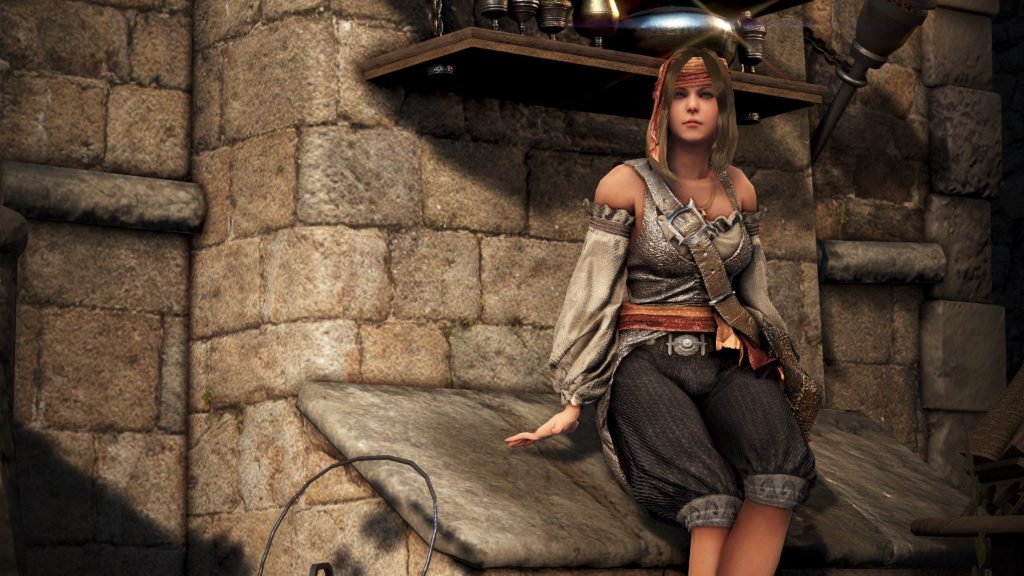 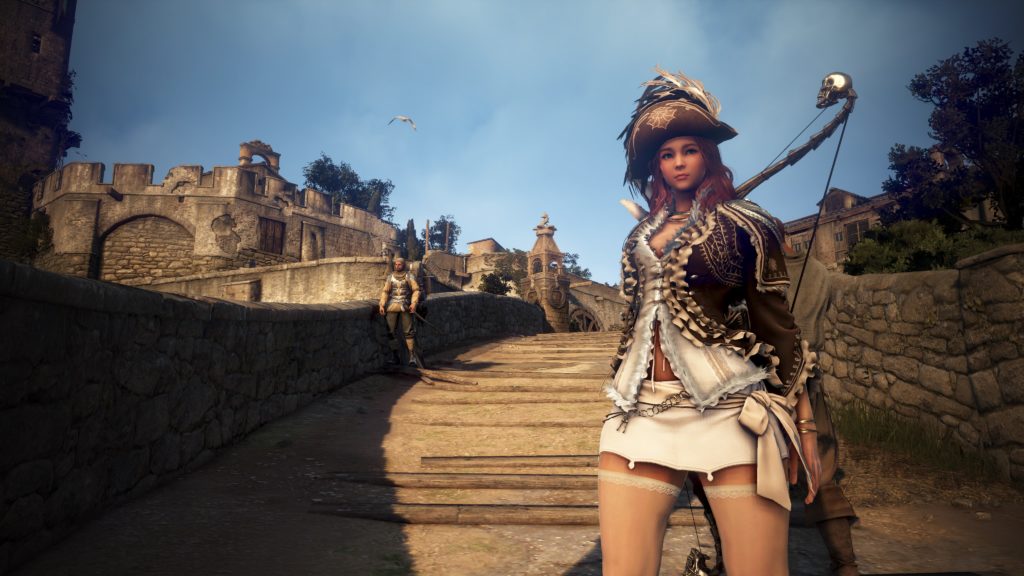 19 Thoughts on Playing Black Desert Online in 2020, a newbies opinion