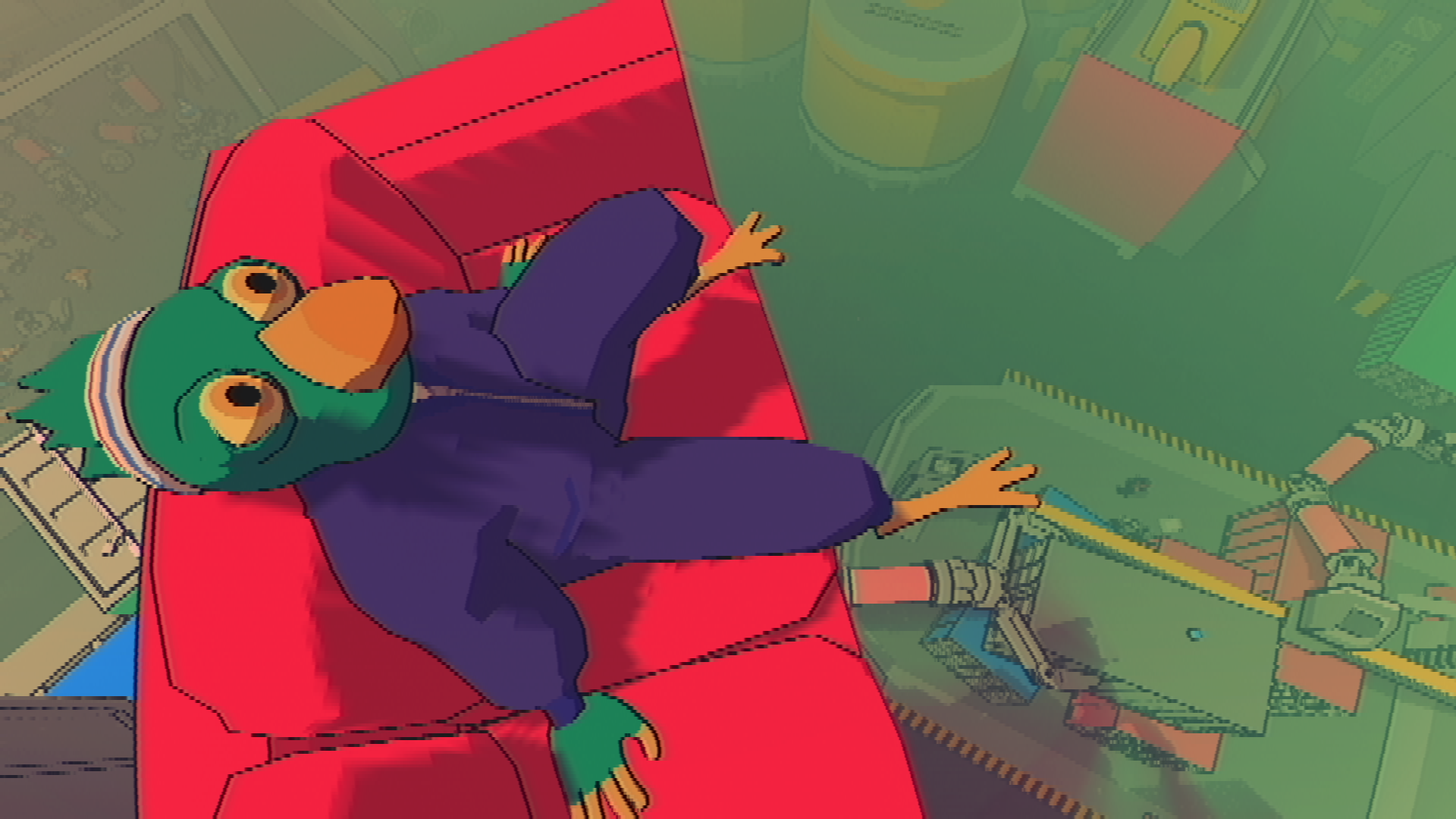 I spent pretty much the last week and long weekend chucking time into either Deep Rock Galactic or Control. So I wasn’t expecting that the game I’d be really wanting to show off here would be Sludge Life, a Devolver Digital published title which keeps Devolver’s strong brand pumping. It’s free on the Epic Store for a limited time, an entire year until the Switch port comes out. 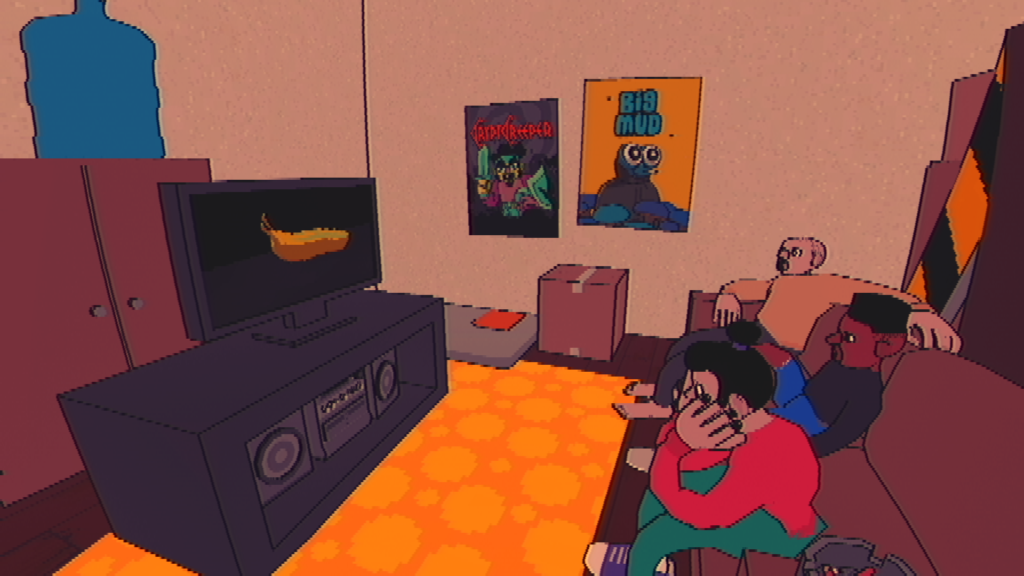 At it’s core it’s a free roam exploration game about just tagging shit and talking to amusing locals. The world all feels tied together as funny stuff you hear from people is usually manifested in the world itself. Lots of people talking about a two butt holed cat? You’re gonna find out how that happened! (that isn’t even hyperbole).

If you ever spent time in games randomly trying to break the level or get up into spots that don’t look like they should be accessible, then this game is right up your alley. Along the way as you find spots to tag you’ll find items like hanggliders and cameras to make your life easier, as well as apps to load into your phone with an additional game to play, which really isn’t half bad, despite the NPCs opinions on it. 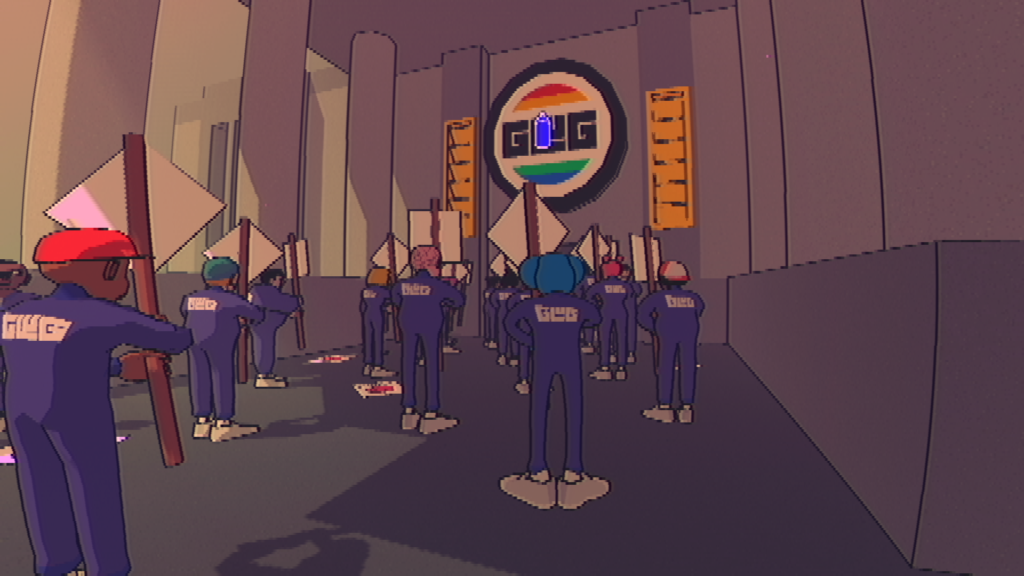 The aesthetics feel like Jet Set Radio and Tekkon Kinkreet had a baby together, and honestly, the screenshots don’t do it justice to how cool it is to inhabit.

Also the music is fucken kiiiiiller! Such good vibes, It’s done by DOSEONE, which you might be familiar with if you played through Enter the Gungeon or Nidhogg 2l. Anyway, you can find and support the OST here.

My only big issue with the game is that turn acceleration by default is waaaay too intense for a controller.

I’ve left the menus and stuff out of these shots, relying instead on the ingame camera to take photos rather than Bandicam or OBS.

If you’re looking for a chill out game where you can just explore and 100% collect stuff then you should definitely make space for all 666mb of it (was that on purpose?) 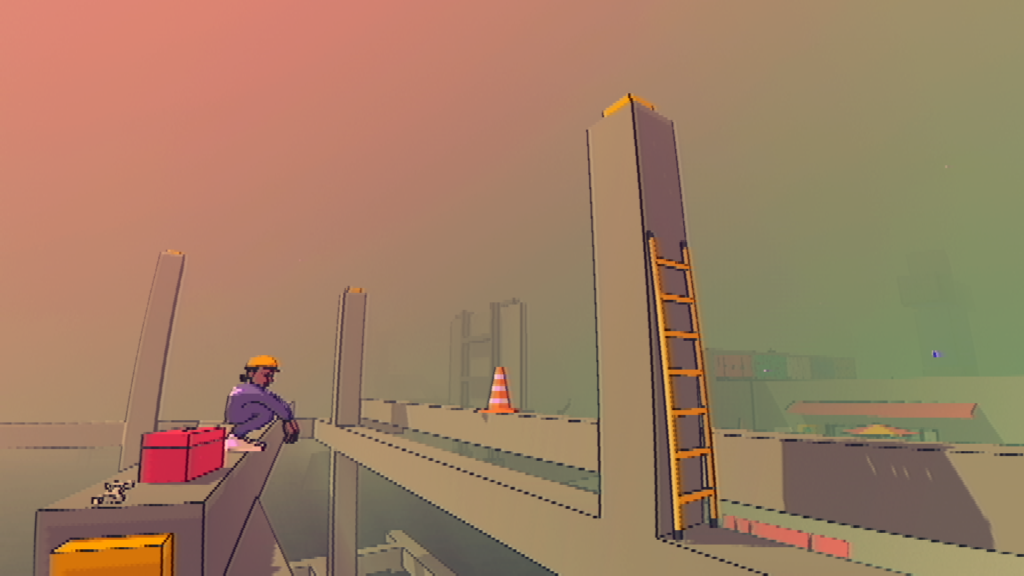 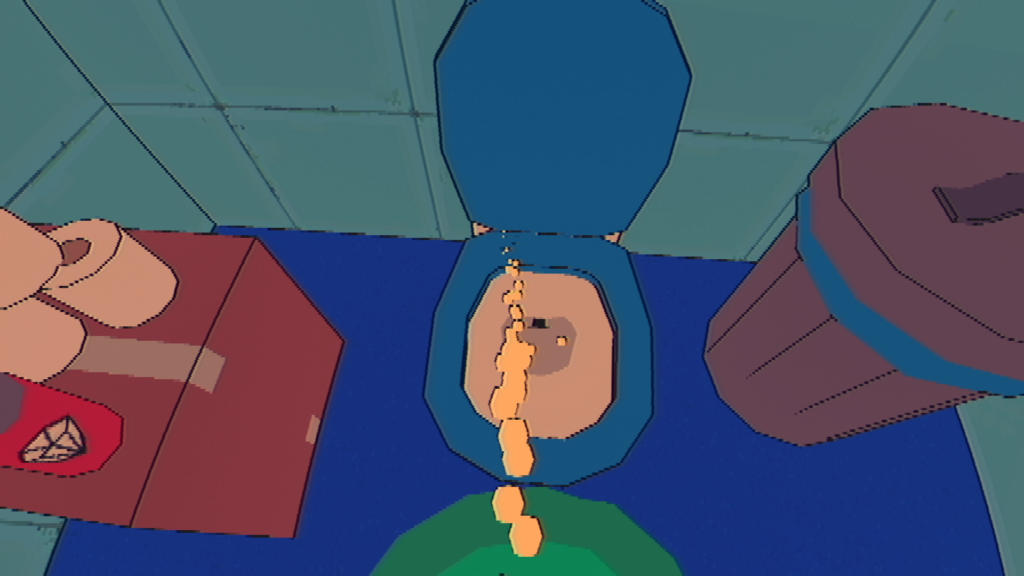 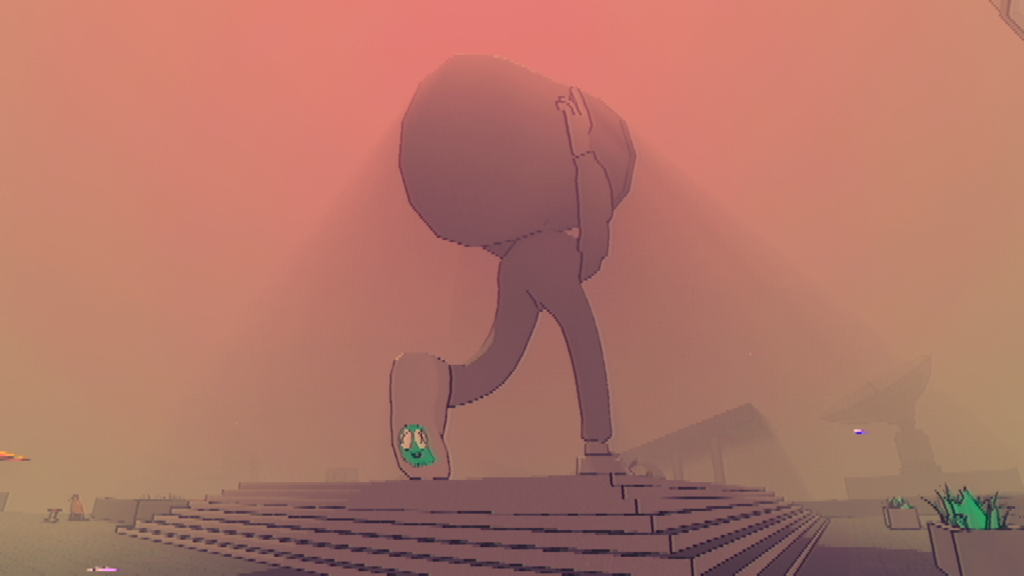 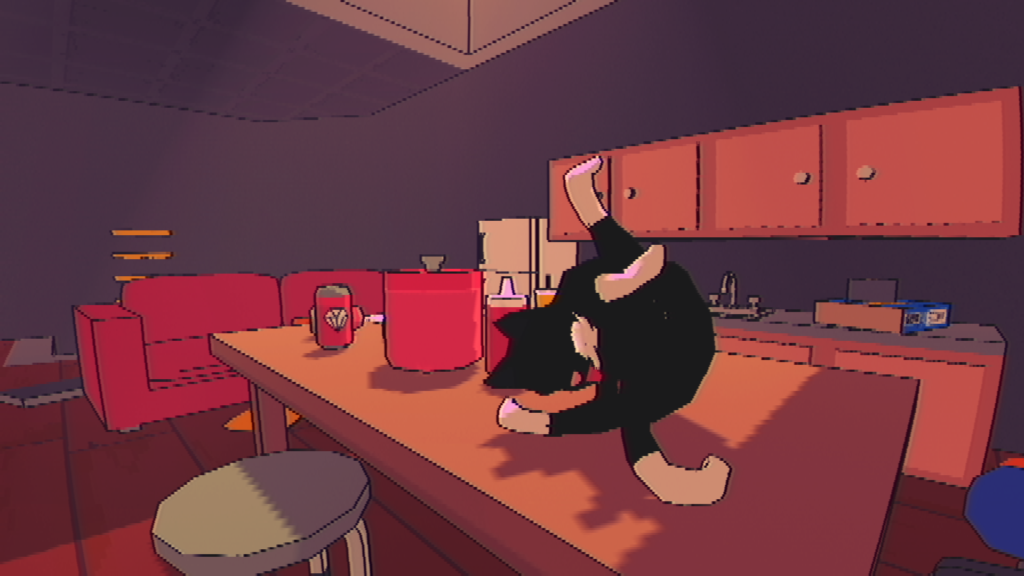 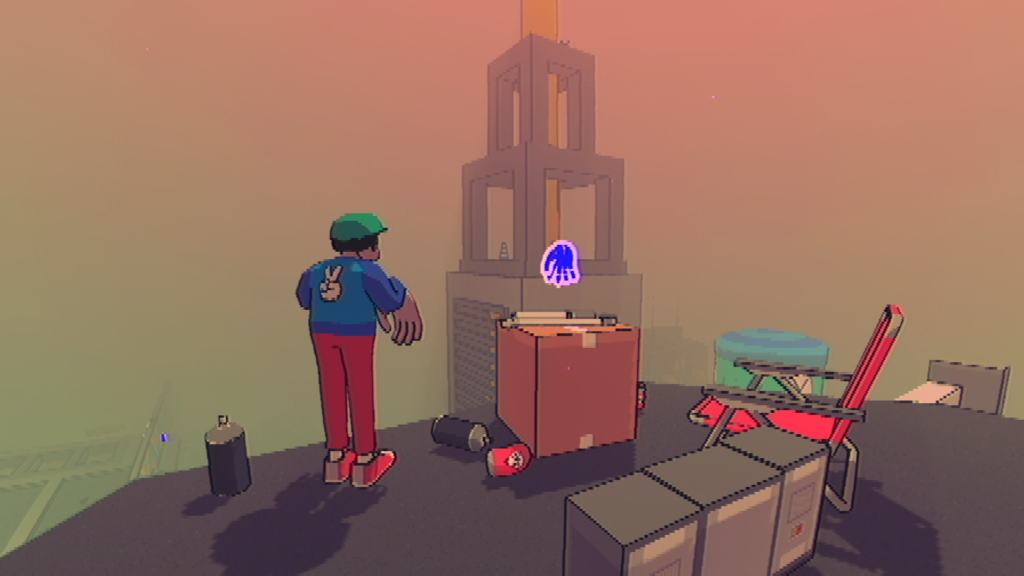 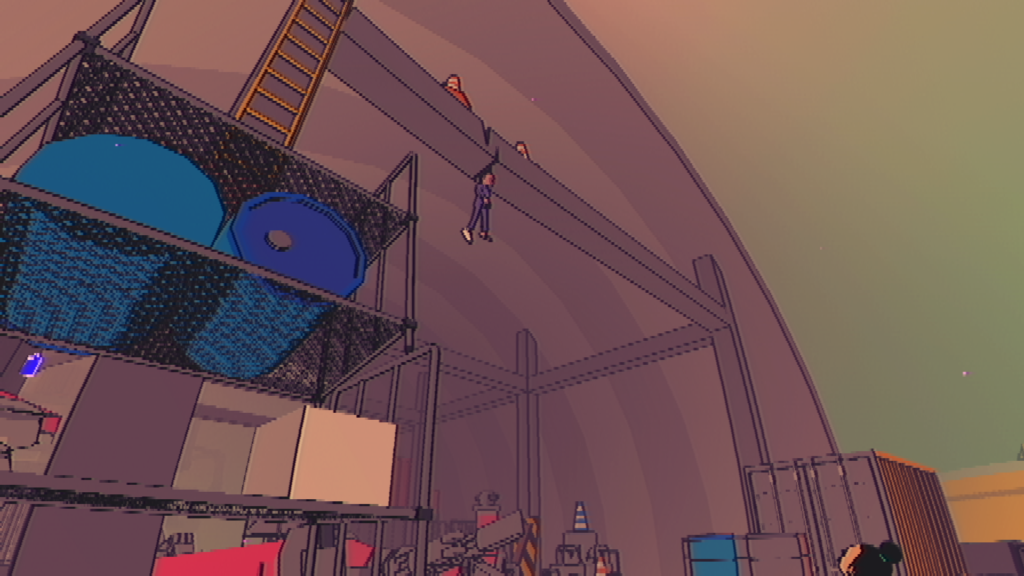 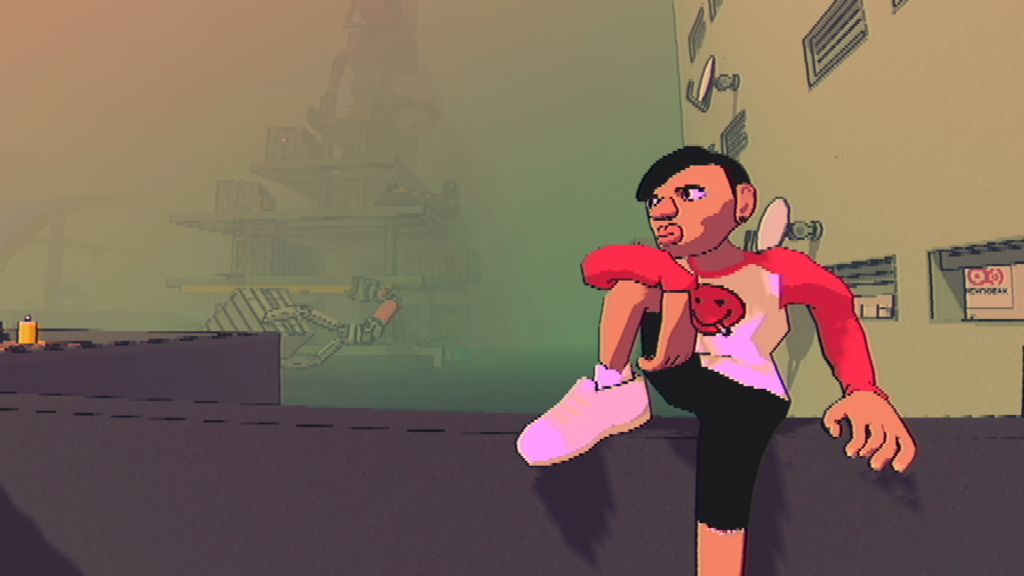 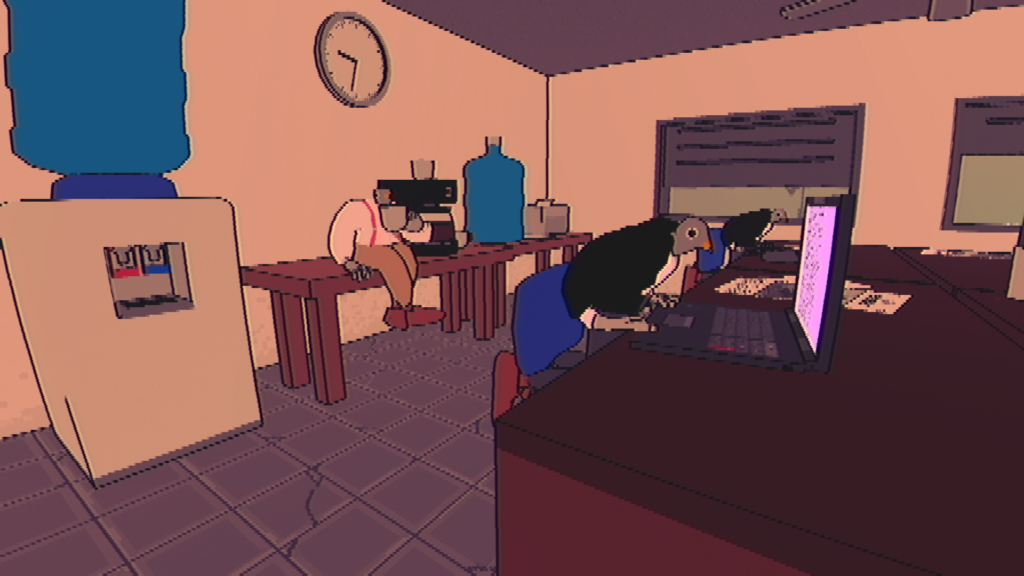 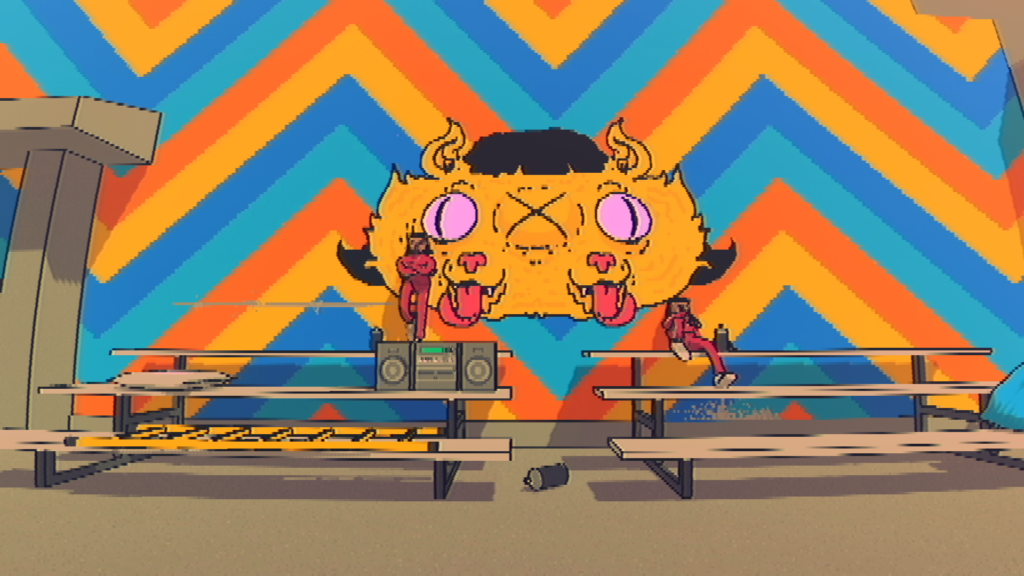 I just now realised that I hadn’t cranked the settings as high as they could have been, and I also turned off the VHS filter, if you find that sort of thing obnoxious. Here’s how the game looks with all that sorted out (just quickly jumped in and took some comparisons.) 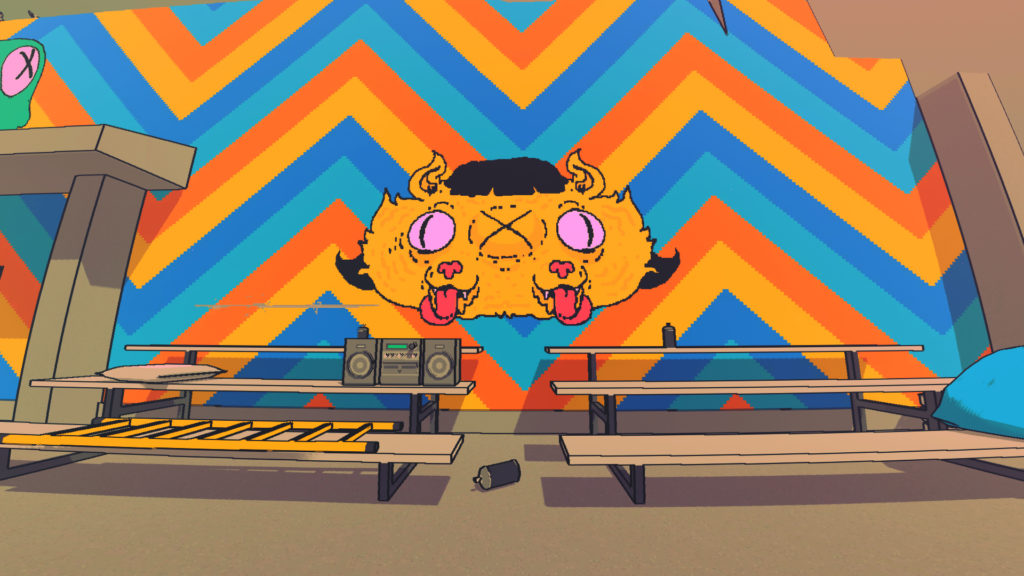 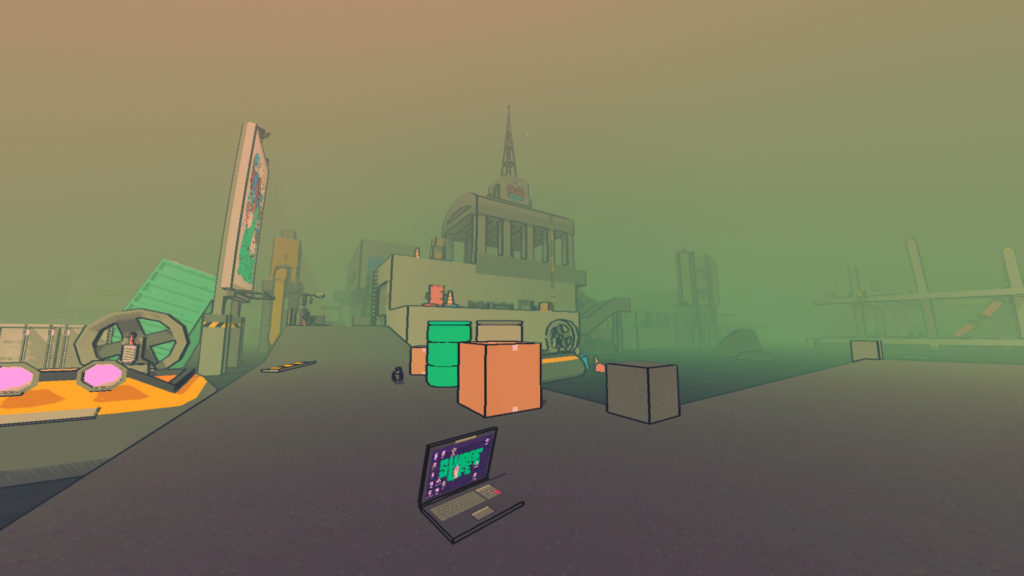 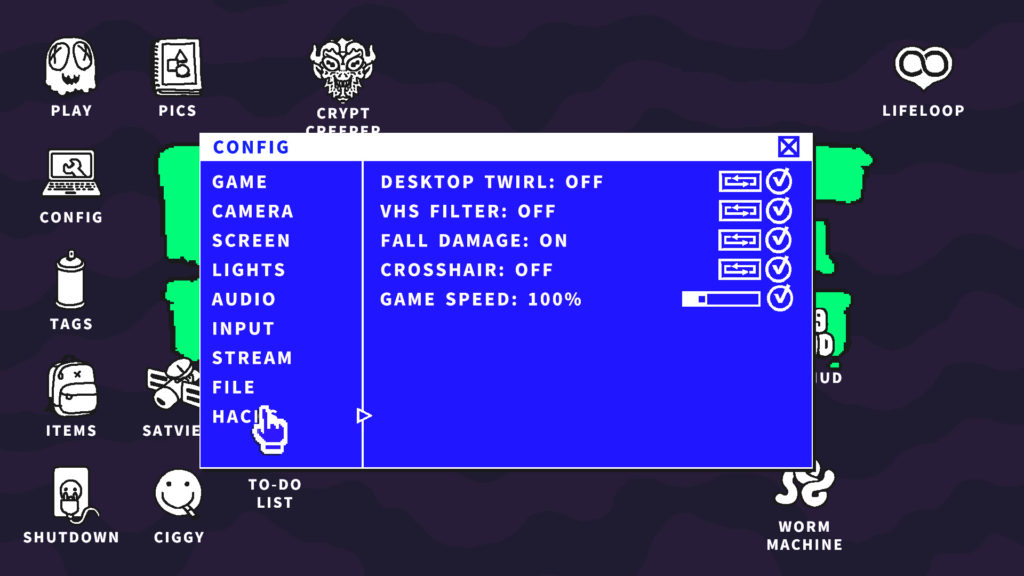