Krunker Is a Solid Browser Based Twitch Shooter
Doom 1 In VR is the Best Way To Experience the Classic in 2020
Gaming May 7, 2020
Share

I just played through the Ghostrunner demo 3 times in a row so I think I can safely say, I want more of this game ASAP. The demo is available all this week via the steam store so you don’t have much of an excuse to not get it, unless your PC doesn’t have 4 gigs to spare. Your a robo ninja dude in a cyberpunk setting, and you have a sword. So it’s pretty much the best storyline ever. Also you can chop guys in half. Really in half. sometimes thirds! You move through  the world so fluedly that you don’t even register your movements as you make yourself a path right through a guy. In some ways it doesn’t feel as visceral, but it does hammer home the main point of the game, smoothly making a route with zero fuck ups. 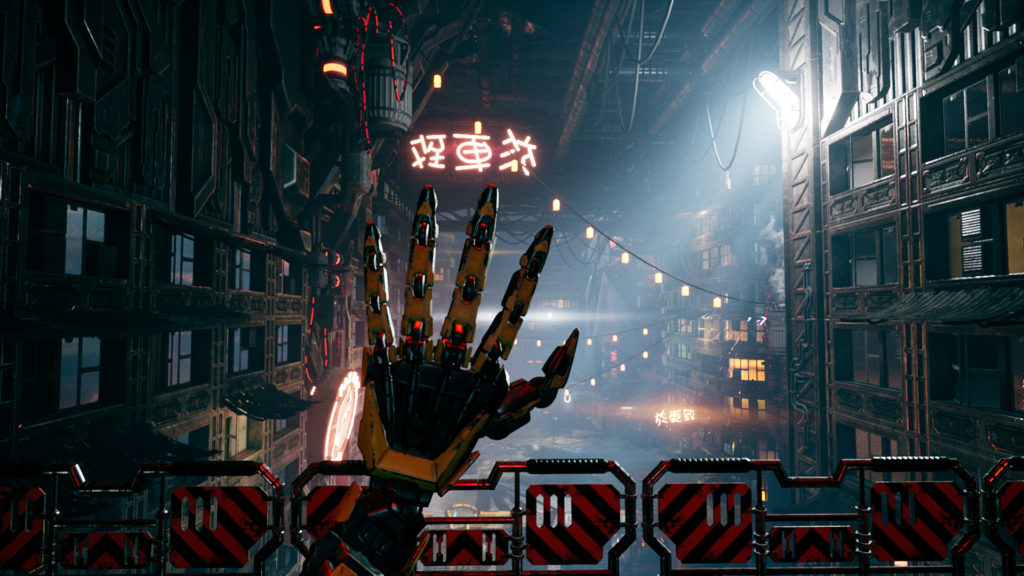 The demo is elegantly put together, introducing you to each mechanic in quick succession. Ramping up walls, wall running, dashing, bullet time for reflexively dodging around bullets and finally grappling set objects around the map. By the time I got to how to grappling I was ready to naturally press the button for it. Everything feels juuuust right, so smashing through each of your abilities in quick succession to leap around a map and make a beeline through all the baddies so you can move on has a cathartic feeling. 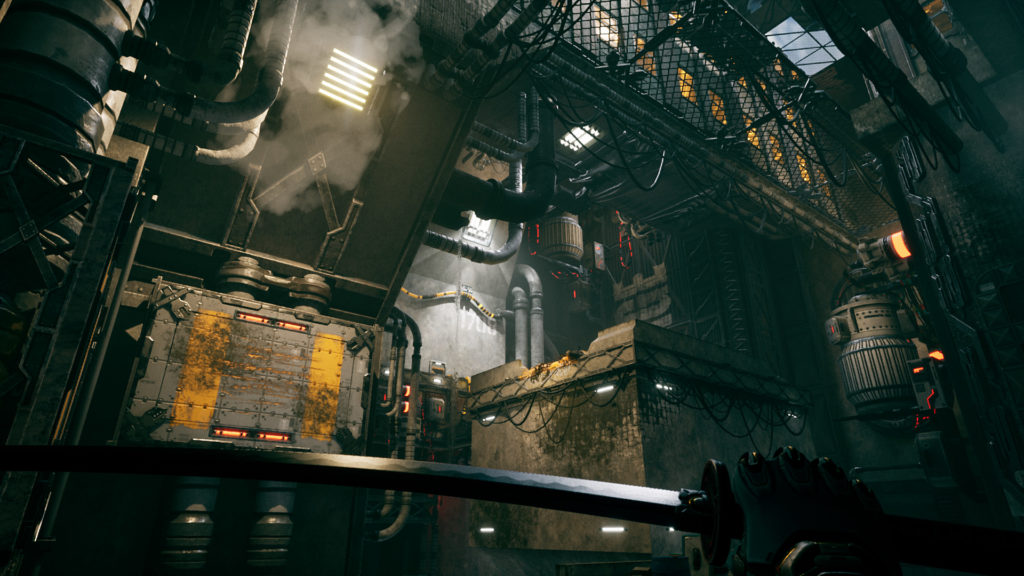 Death is sudden and inevitable for anyone lazy enough to think they can just saunter around without getting shot in the face, or stumble down a hole, but fortunately it’s all done without fuss. You’ve already reset to a decent point before you can even blink, something I wish to god Mirror’s Edge Catalyst could have done (and the original did pretty well itself!). 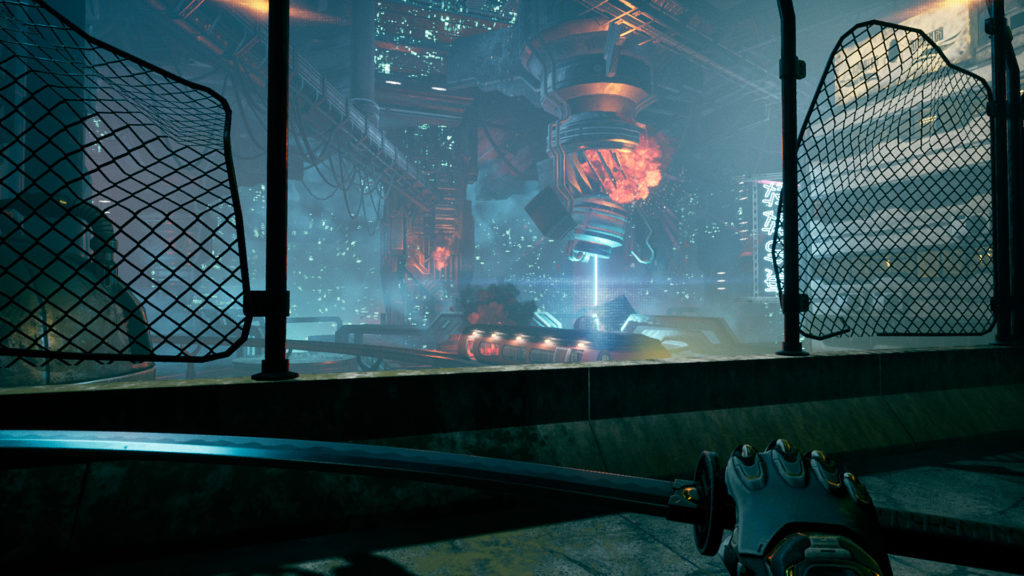 A bunch of outlets have hyped this game as a Dishonoured/Mirror’s Edge mashup. I can’t really speak to the dishonoured bit but it’s definitely a little bit too arcady in it’s movements to truly feel like something like Mirror’s Edge, which is more interested in making you actually feel like a little asian girl scrabbling around on rooftops.

But what it does do is great. Personally I smashed through the demo in 12 minutes on my first run (stopping to take screenshots along the way) and 6 minutes on my second go round.

Screenshots for this review were done with all settings set to epic. While I was at it I also kept my HUD and aim reticule turned off, because it’s just one of those sorts of games. It looks too good to clutter up with anything that’d take me out of the world. 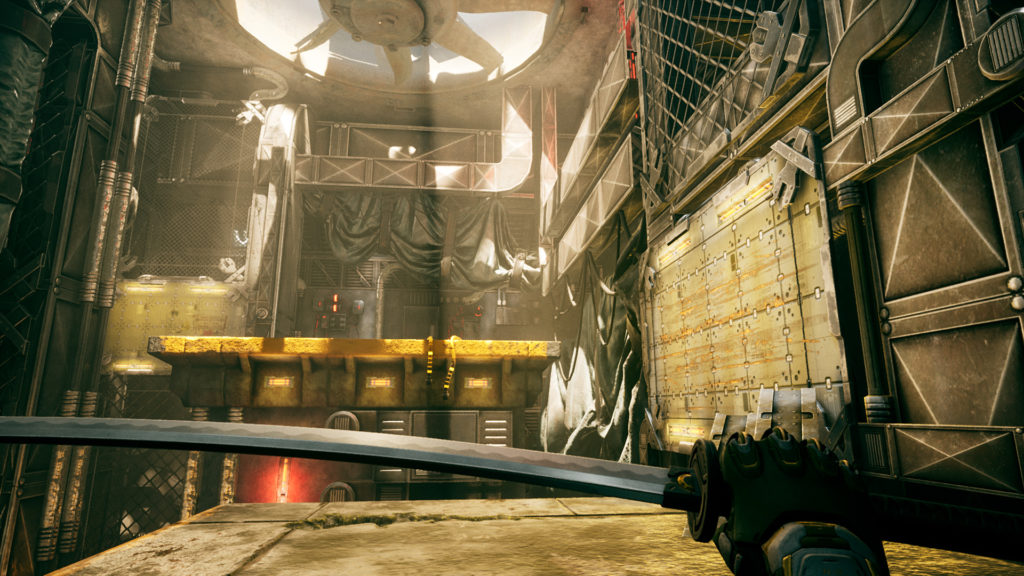 This game was already on my wishlist prior to the demo, but now it’s going to definitely be a day one purchase. 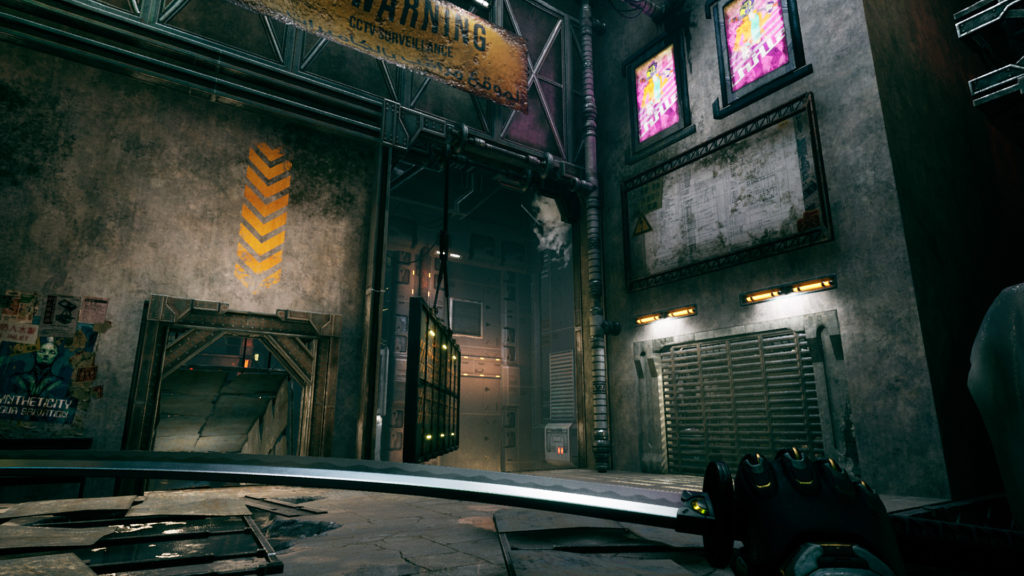