So I finally decided to do all the Guardian stuff in Elite Dangerous. It was released back in August last year, but at the time it wasn’t a going concern of mine. But recently I got an itch to explore outside the human bubble of space and maybe get my name on a planet. Guardian tech can be used to create a flat boost to your FSD, adding about 10ly of range. This is a massive amount really, and I’m not keen on doing hundreds of jumps to get a tiny distance away from the bubble. So I loaded up my ASP Explorer with two SRVs and headed to a nearby planet to gather up as much Sulphur and Phospheris as possible. Mining this stuff means I can restock my SRV on the go with both fuel and ammo, something I’m going to need plenty of when I reach the Guardian sites. 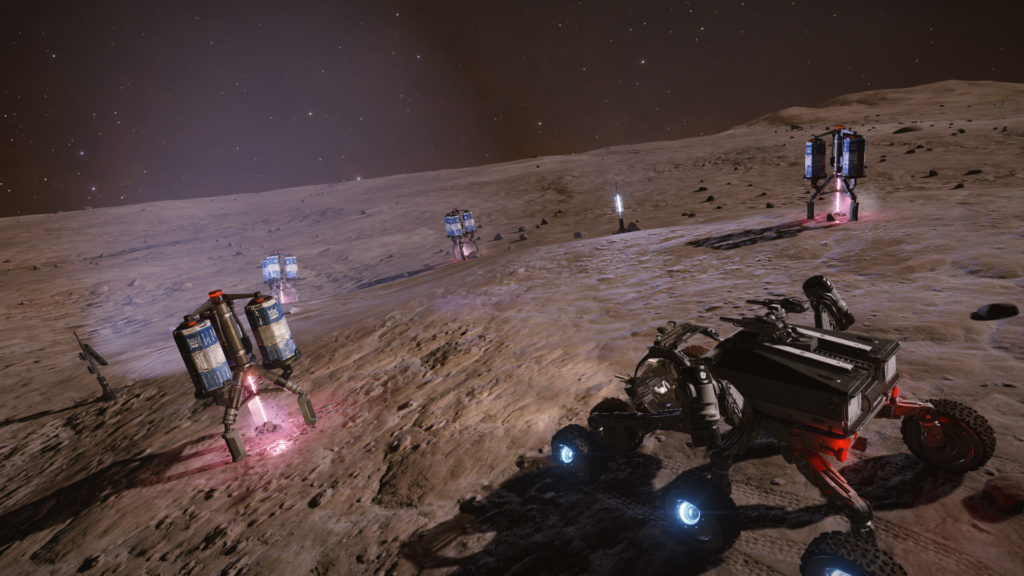 Other things I had to get ready on my ship was making it fairly light still and chucking in a fuel scoop, because I’d be jumping 800ly outside human occupied space. There’s no petrol stops. Also I loaded my utility slots on my ship with point defence weaponry, which will make sense later. 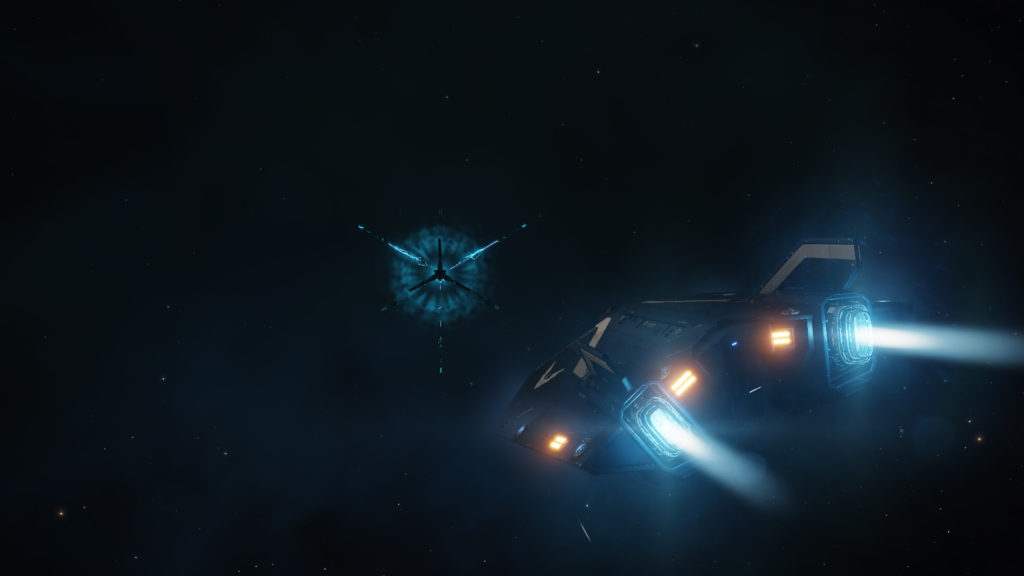 First stop is a Guardian Beacon. This one is located at Synuefe HA-P C22-22 2. It’s hard to see, but it’s friggin huge. 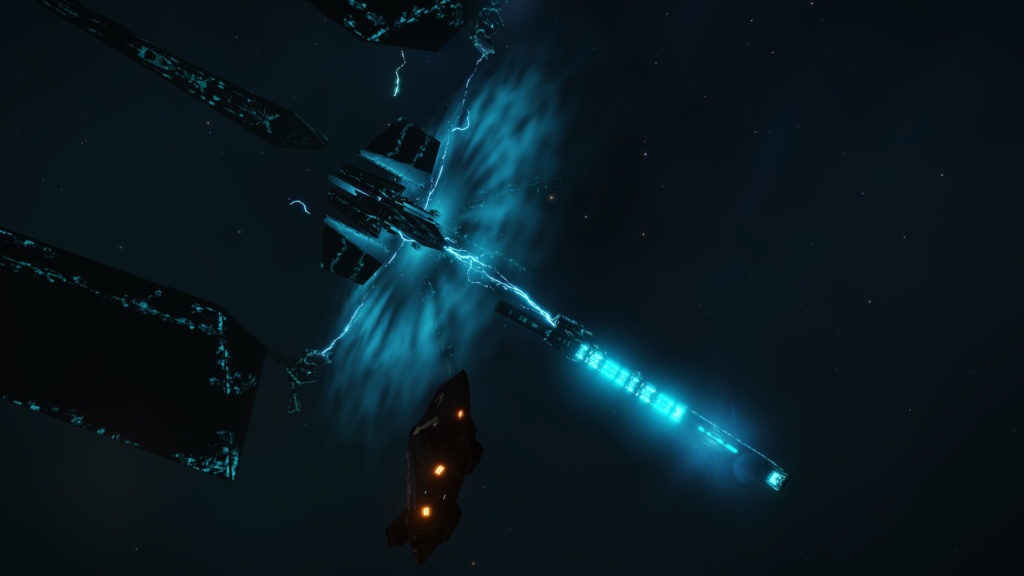 Once you figure out how to activate it it lights up, and its massive arms start swinging around. The first time it happened it almost swatted me out of existence. 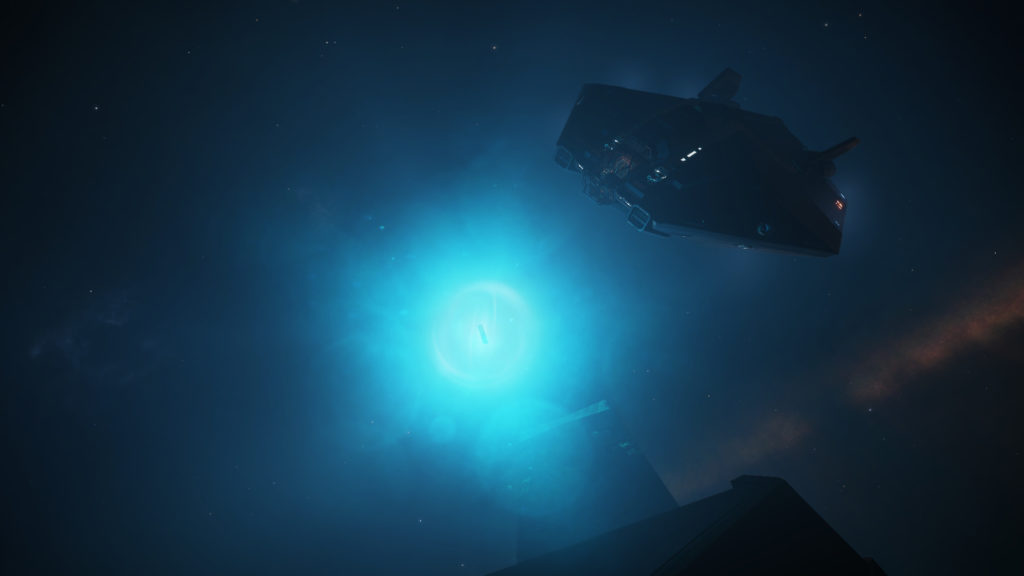 It also dropped me a key and co-ordinates to a planet to land on. This beacon was leading me somewhere…

Unfortunately it’s the night side of the planet I’m lead to, so the ruins have to be illuminated by my night vision in my SRV. This makes exploring the ruins a little bit more difficult 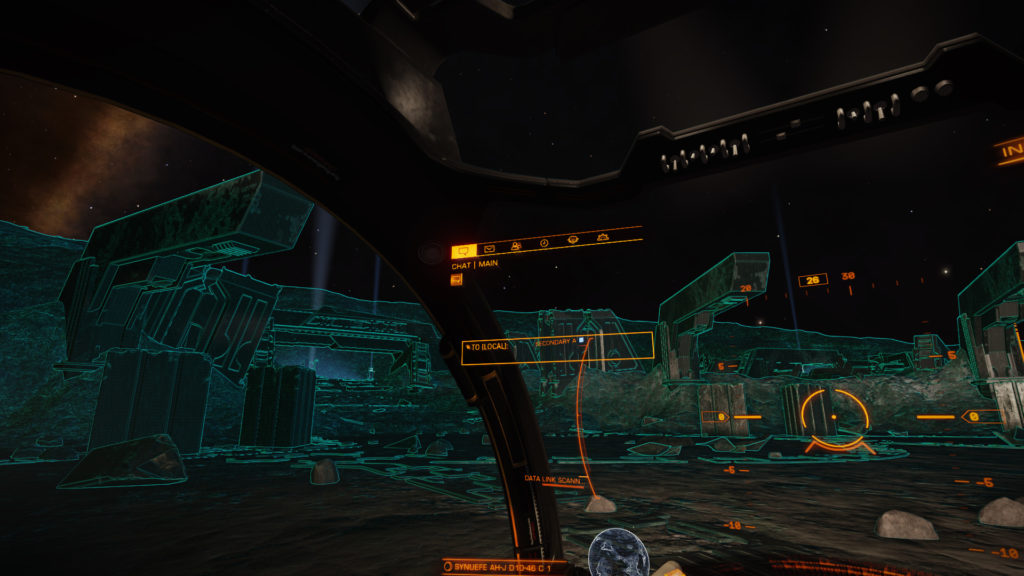 A similiar puzzle needs to be done at the ruins, unlocking beacons within a time limit. This time however I’m met with resistance (I didn’t take any photos of that though). The coolest part is when the defensive guardian tech shoots rockets at me, my ship parked nearby arcs shots through the sky, knocking the rockets out of the air. Very cool.

Unfortunately this site only yealded me data for the new Guardian Fighters, which I’m not so interested in at the moment. I got enough for 2/3. I should have stuck around for the third, but I had places to be.

Namely a site that would yield Module blueprints. 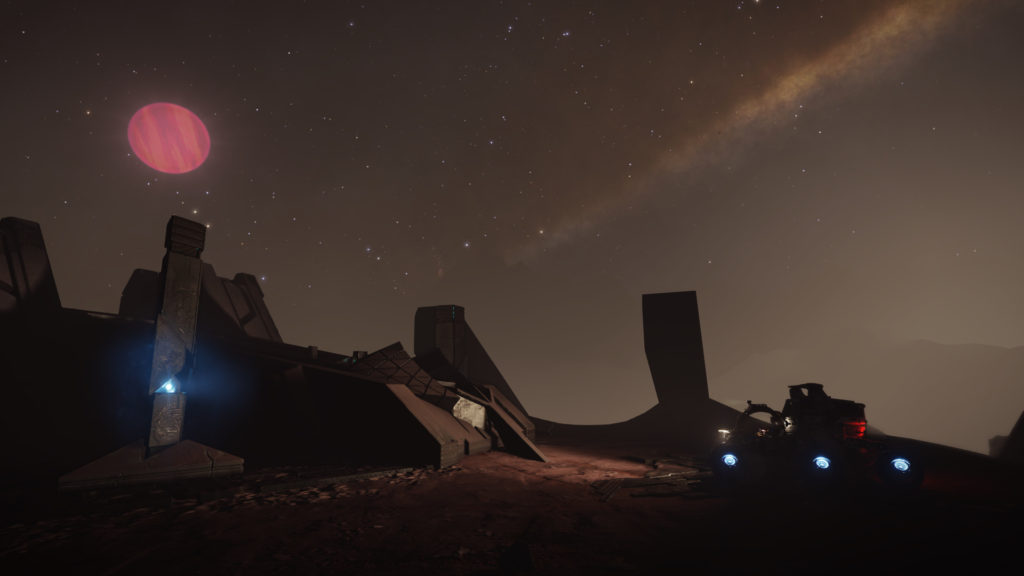 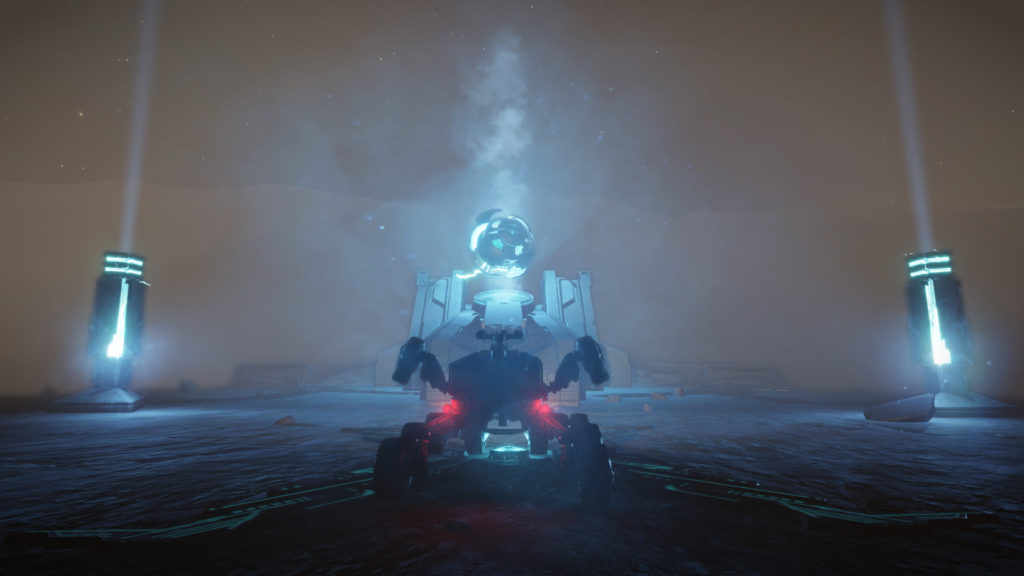 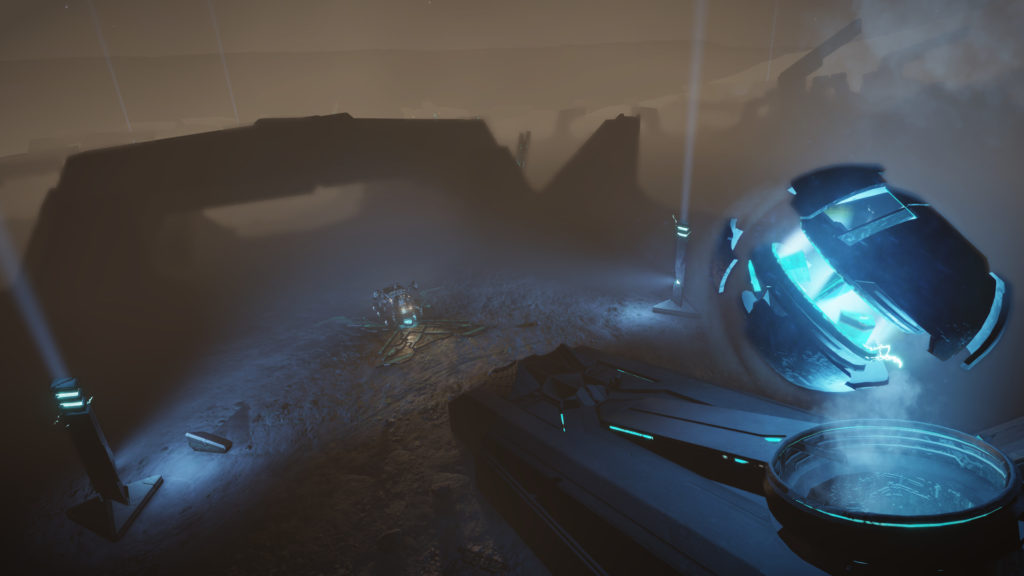 I eventually gather up enough resources to permanently unlock my Guardian FSD Booster and head out. 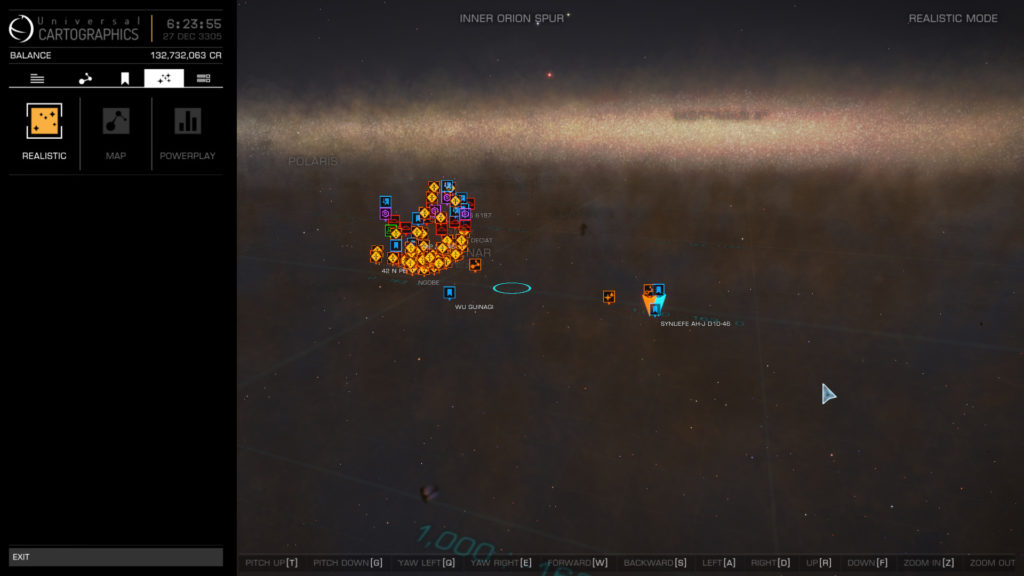 All the markers you see in a big pile are the Bubble, and I’m the little blue marker off to the right.

This is the furthest I’ve ever been outside the bubble, and tbh, apart from initially being worried I’d be shot to bits by Guardian tech, I went out pretty confidently, and I think it’s made me ready for the next step, finding a planet. 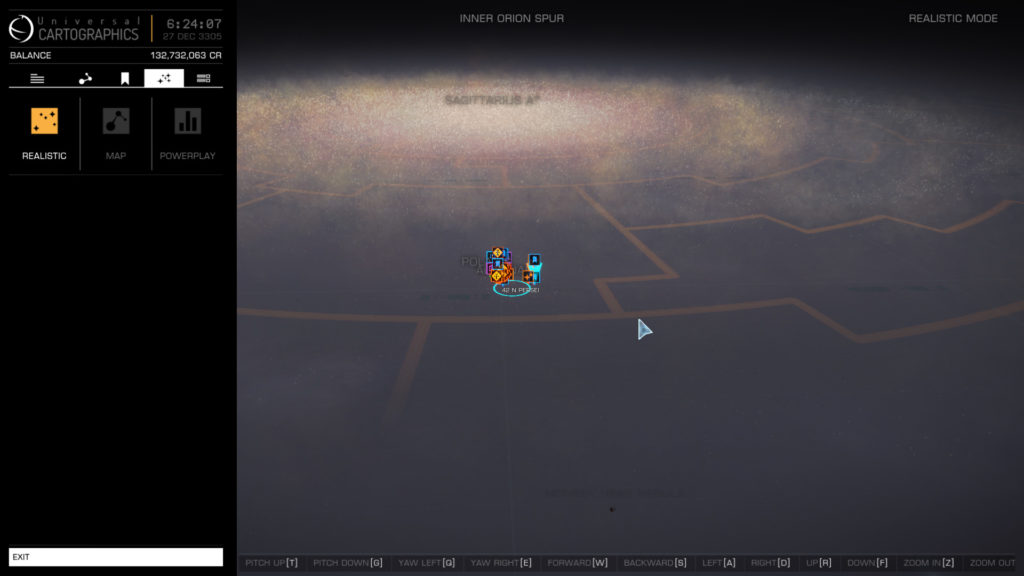 I really haven’t gone far at all, in the scheme of things.