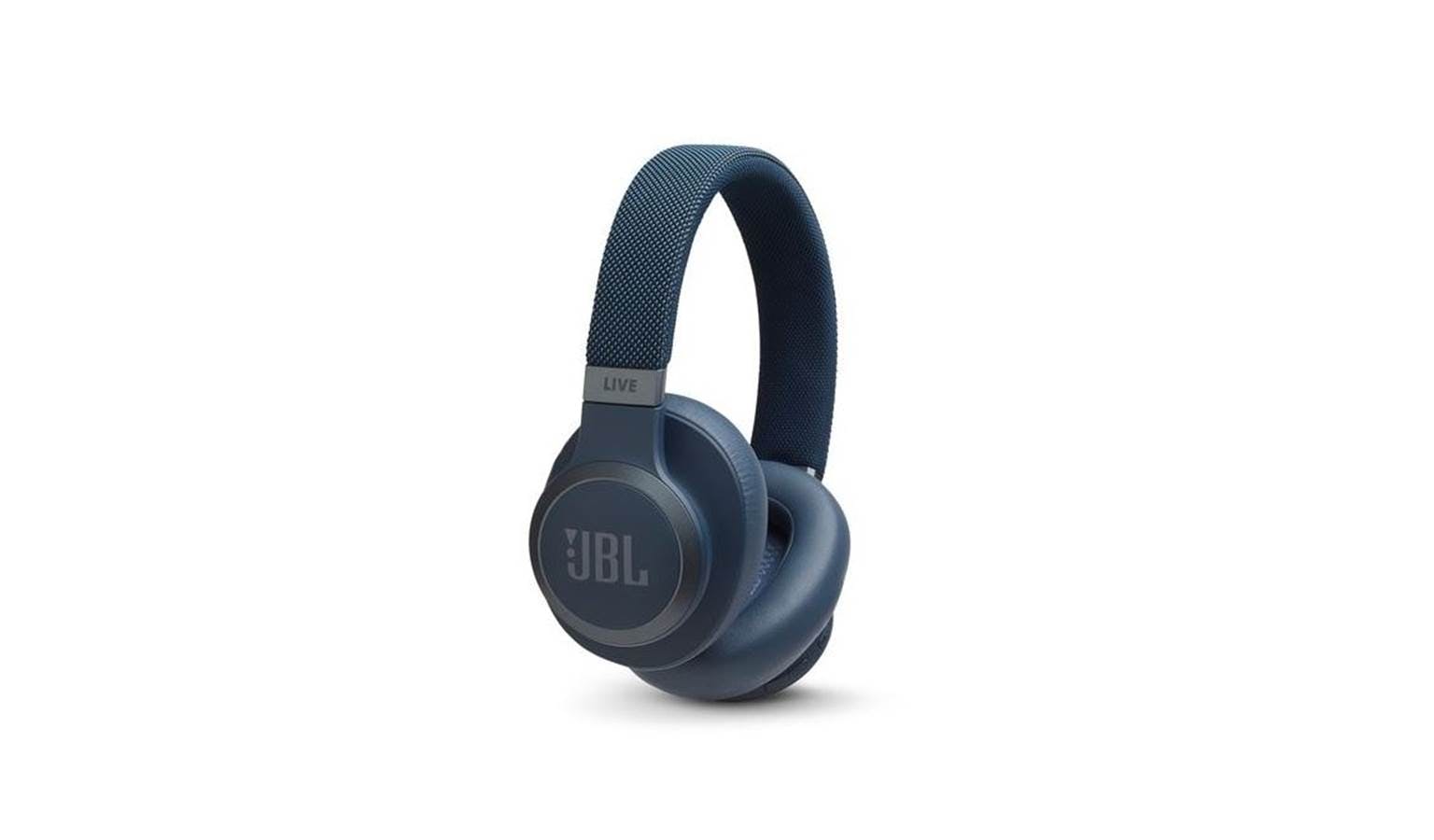 In my JBL Live 400BT review, I said that while the headphones themselves were fantastic,  those with larger craniums might want to look at something like JBLs Live 650BTs. I’ve got exactly that set of cans wrapped around my fat head right now, so let’s get into it.

The 650BTs are larger, over-ear, wireless headphones that aim to give exceptional sound quality alongside the freedom of Bluetooth technology. Think of them as an alternative to Beats headphones.

Typically, Bluetooth means a loss in audio clarity but, as I found with the 400s, the 650BTs keep tones clean across the range. Bass is punchy and treble is crisp, without any part of the EQ overwhelming another. In the 400BT review, I said that I would pull the mids back but the 650BTs seem to have it nailed, despite both pairs using 40mm drivers. In fact, I would probably bring the bass down a little bit in this case. It’s not overpowering, just personal preference. The SBC Bluetooth codec does mean some additional quality is lost, so audiophiles should use the bundled 3.5mm cable. At the same time, these headphones aren’t aimed at audiophiles. EQ aside, I couldn’t tell the difference in the music I was listening to compared to any wired headphones I tried.

I much prefer over-ear to on-ear headphones as I get sore ears quite quickly with the latter, so I was already much happier with the 650s over the smaller 400s. Comfort is epic here, with a cloth band across the headband and deep synthetic memory foam ear pads. This means my ear wasn’t touching the cloth inside the cups and I could even wear my glasses with the headphones on without much discomfort.

My use of the headphones was restricted to work and gaming. I didn’t want to take the headphones to the gym because getting sweat in a review unit like this is gross.

Gaming with the 650BTs is great, positional audio was accurate in shooters where it’s crucial to know where the enemy is while more nuanced sounds like rustling leaves in an RPG like The Witcher 3 are nicely reproduced.

Like the 400BTs, noise cancellation is part and parcel, although I found it wasn’t as necessary thanks to how well the earpads seal. Still nice to have, though.

Battery life is a claimed 20 hours, which I’d believe. It depends on usage and while the 400s exceeded the claim quite easily, the 650s needed charging more often. Over two weeks, I charged the bigger headphones five or six times, compared to twice for the 400BTs.

JBL doesn’t ask that much for the headphones either, with prices sitting at just under $200 at the time of writing. These are great headphones for the money, ones that should last a long time before anything wears out or breaks. If you’re someone who wants one set of headphones to do everything, get these.