"It's Complicated" Isn't Complicated, It's A Relationship
Marvel’s Spider-Man Review
Uncategorised May 7, 2018
Share

One of the most important parts of drawing is getting eyes right. People are drawn (ha!) to eyes and the people who aren’t are better at other things. You can pretty much draw your form like complete garbage but as long as they eyes are all good people will forget that the rest of the face has little to no detail. Invest in what you want people to look at! If it’s boobs and butts, make sure you polish the shit out of ’em!

Anyway I recommend by starting off by spending years learning how to draw eyes right and then just knock one out of the park on your first go, don’t even bother doing blue lines first. Those are for sissys.

Oops I forgot the pupil in that last step, that’s ok, chuck that in there. Pupils are easy to do when there’s only one eye to work with. When you get that pesky second one in there you need to start worrying about things getting derpy. Pop the pupil in there and make the eye ball look like a nipple with lids. Drop a little bit of blue in there and let it fade out, while you’re at it you may as well chuck a little reflection in there. Check it out! It’s already starting to get form. 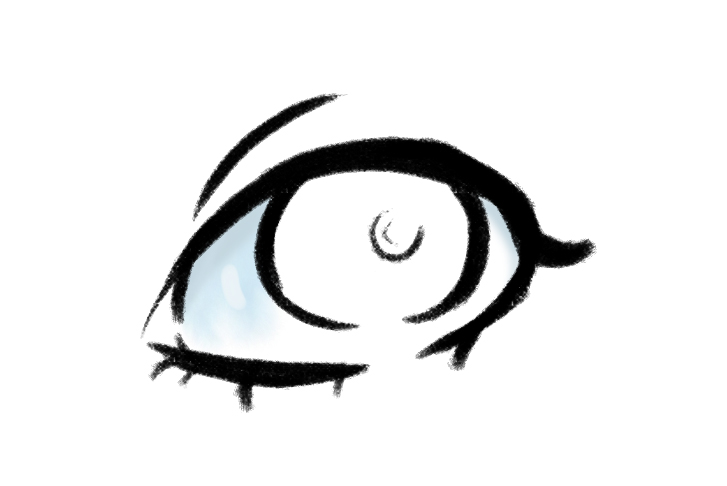 Now do a solid colour in there, maybe blue. Because like, that’s what the tutorial I’m following is telling me to do. 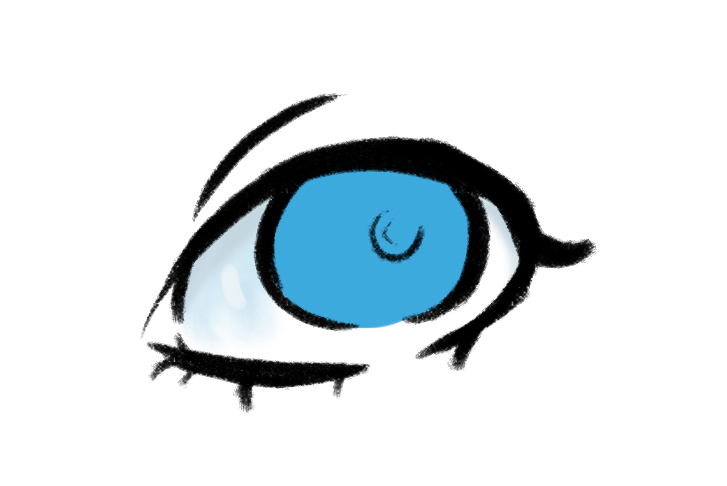 Dope! Now drop in a darker shade over the top and have it curve around the iris. 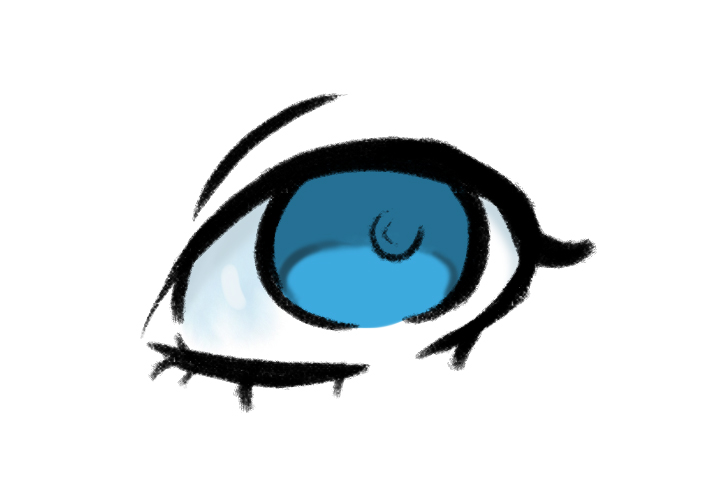 Phew, don’t throw away the drawing just yet out of frustration. Get the edges of that shadow you just made and deepen them. 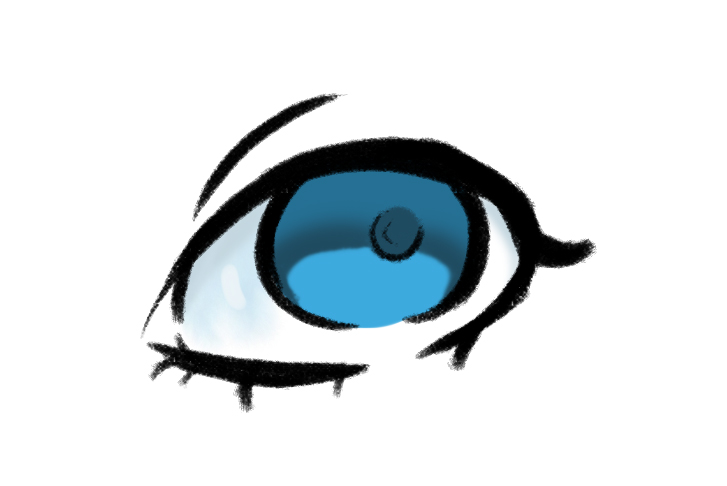 Be your own boss and do as I say. Put in some light reflection in there and fuzz the bottom one. Remember, don’t worry about actual light sources, those pesky little shits move all over the show and sometimes there’s more than one! 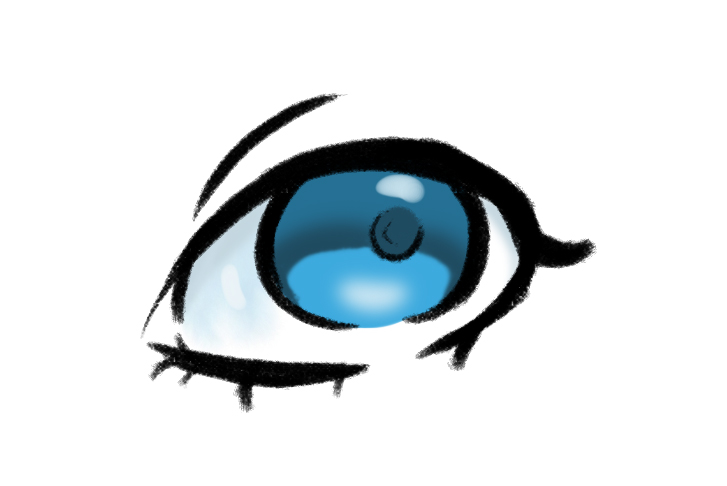 Scribble in some line bits to show that you’re a master of detail. Don’t spend too much time on it, people aren’t going to be zooming in as you or me, but I know how little effort you put in. 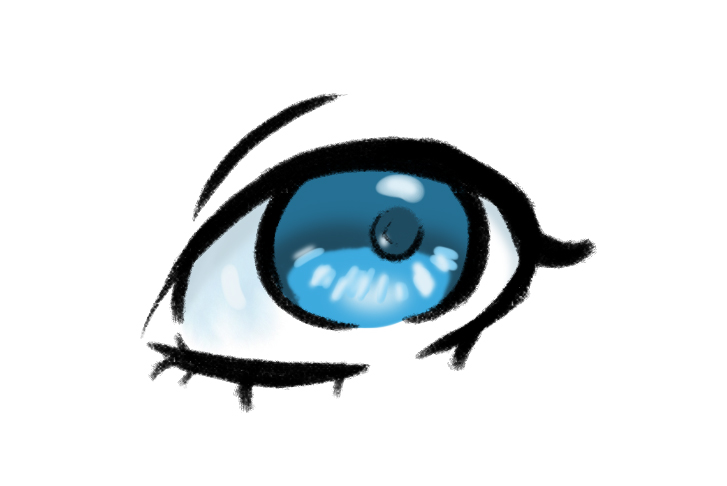 That black line it too black, lock transparent pixels on the layer and paint over the top with a deep blue or whatever works for you. Darken around the lines directly under the lid, this helps people realise that the eyelid is over the top of the eye, and not somehow tucking underneath like a fucking freakshow. 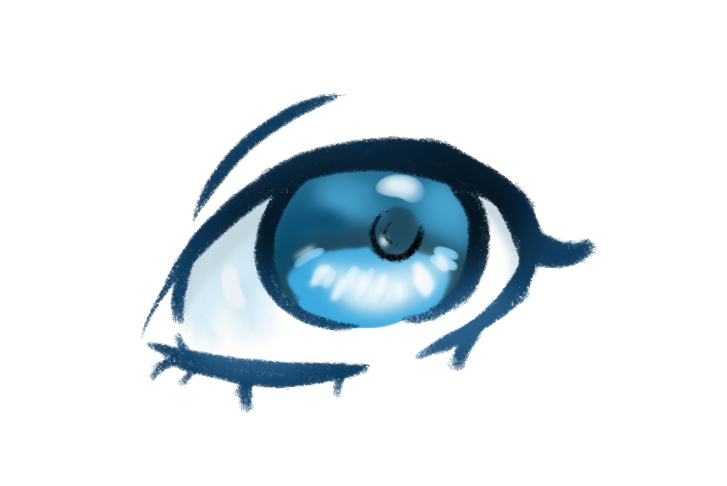 Now boom! Actually no. Get rid of that dumb pupil in the middle, what was I thinking. Now you’re done, wack that shit on the rest of your drawing and you’re good to go! So kawaii! 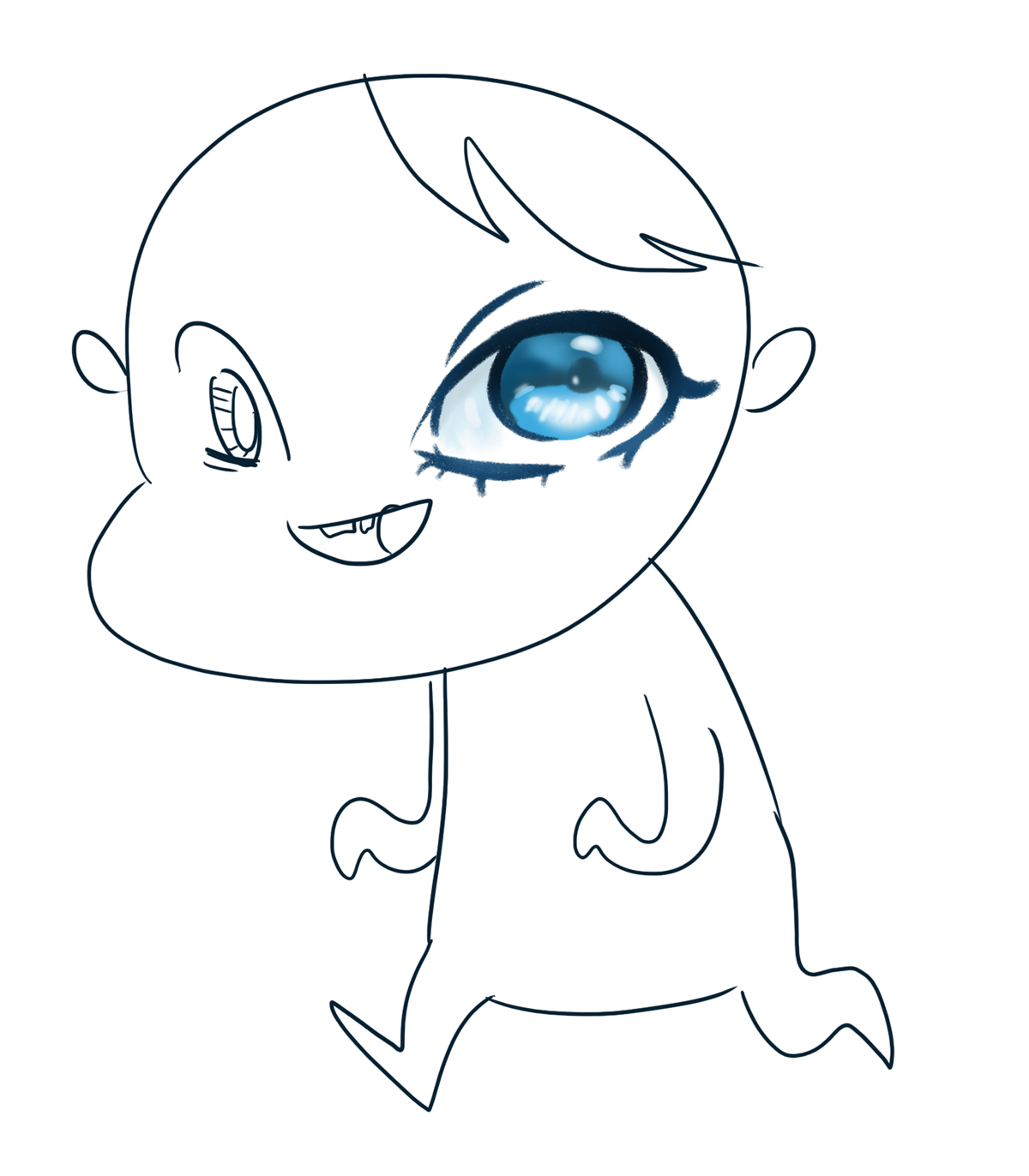 14 Thoughts on How to draw an eye in Photoshop