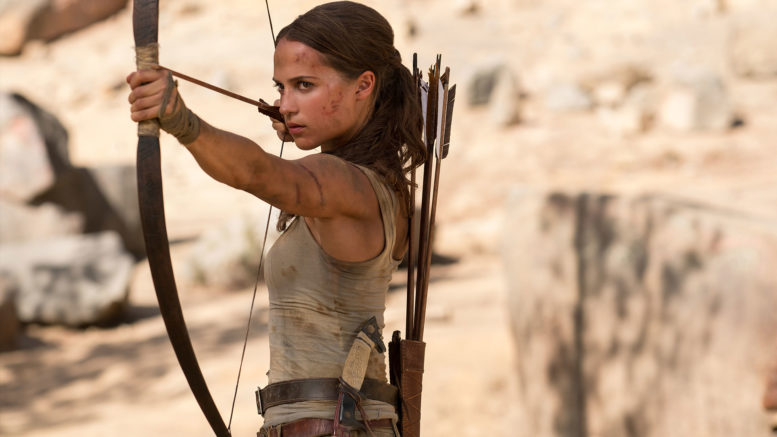 Tomb Raider, Good Except for all the Tombs

My expectations for Tomb Raider were low. Very low. I think if the movie played all the way through I would have been pleasantly surprised, that’s how low the bar was. And you know what. I was pleasantly surprised. While I thought Alicia Vikander was the bomb in Ex Machina I just couldn’t see this waif of a human being the Tomb Raider, ya know? But by the end she’d sold me, fine take the crown from Angelina Jolie, it’s not like she was using it anyway.

The movie starts off strong, as all good origin films do. Even early on it has a fun chase to keep audiences entertained. All this promise at the start is setting up the pins in their tried and true time-worn grooves. The closer Lara gets to her quest the more samey it becomes. But you weren’t going to go see this movie for its twists were you?

Tomb Raider: While my expectations were so low I was pleasantly surprised, this movie adds absolutely nothing to the action puzzle adventure genre. Pictured: The movies script going to trope town. pic.twitter.com/i4MqkStXwJ

When it does get to its setpiece moments it does revel in them, giving you time to enjoy it. Roar Uuthaug, a director with nothing particularly notable that you’d know, does a good job of making you feel like you’re there with Lara as she’s rolling around in tetanus ridden derelict planes or almost getting stabbed by random traps. This is perhaps the films biggest strengths, when Lara takes a hit, you know she isn’t just going to forget about it a second later. It has physicality, something a lot of these sorts of films tend to forget about.

For gamers the story seems familiar enough, Croft gets washed up on an island there is no escaping from surrounded by constant storms. Wait a minute, isn’t that King Kongs Island? She’s hunting after some Tomb©, but quickly gets tangled up with an evil corporation wanting to use supernatural powers for its own ends.

Also like the (rebooted) game it falls into the trap of Lara going from an innocent virgin of life, to a cold hard killer in no time flat. It builds up the brutality and violence of guns, and her first kill leaves her visibly shaken. By the end she’s shopping for her own death dealers.

This probably isn’t something we’d have thought about much up until recently. But weekly school shootings can make you look sideways at characters who get a taste for blood.

Matt, our resident professional with an opinion thought the start was great, but the second half not so much. “The movie was great except that bit with the tomb raiding.”

If you wanted to turn your brain off for an hour or so, you can’t go wrong with Tomb Raider. Don’t expect any surprises though.