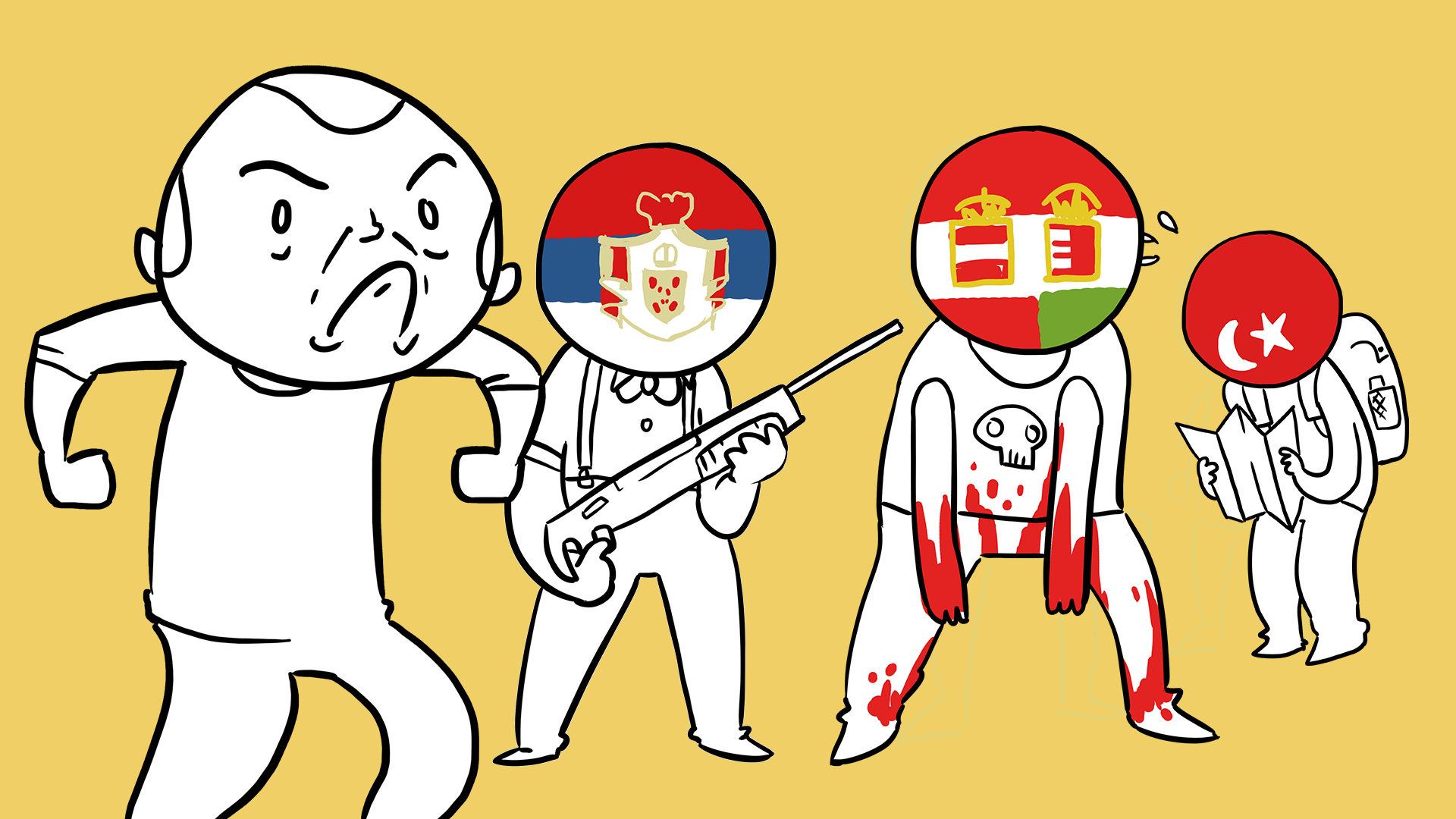 World War One Explained in 15 Seconds

Ever wanted to know what World War one was about but could never really be bothered reading through the wiki page or playing through single player on Battlefield 1? That’s ok, because we have!

Just as a translation the nerd is a Serbian separatist, the bully is the Austro-Hungarian empire / Germany, the sidekick is Archduke Franz Ferdinand, the jocks are the British Empire / France, and the foreign exchange student is the Ottoman Empire.

It took way too long for Kristof and I to make the sequel to Fascism Explained in 15 Seconds but we’ve finally got there. I’m looking forward to putting together whatever he decides to explain next. If you have any suggestions drop them in the comments or wherever you reckon we’ll see them.