I came out of retirement to bring you 2B, from Nier Automata, a game released by Square Enix earlier in the year for the PS4, and just the other day on PC. I might pick it up as a gift to myself after the wedding, depending on whether I find something cooler in the meantime.

You can now buy this as a sticker! 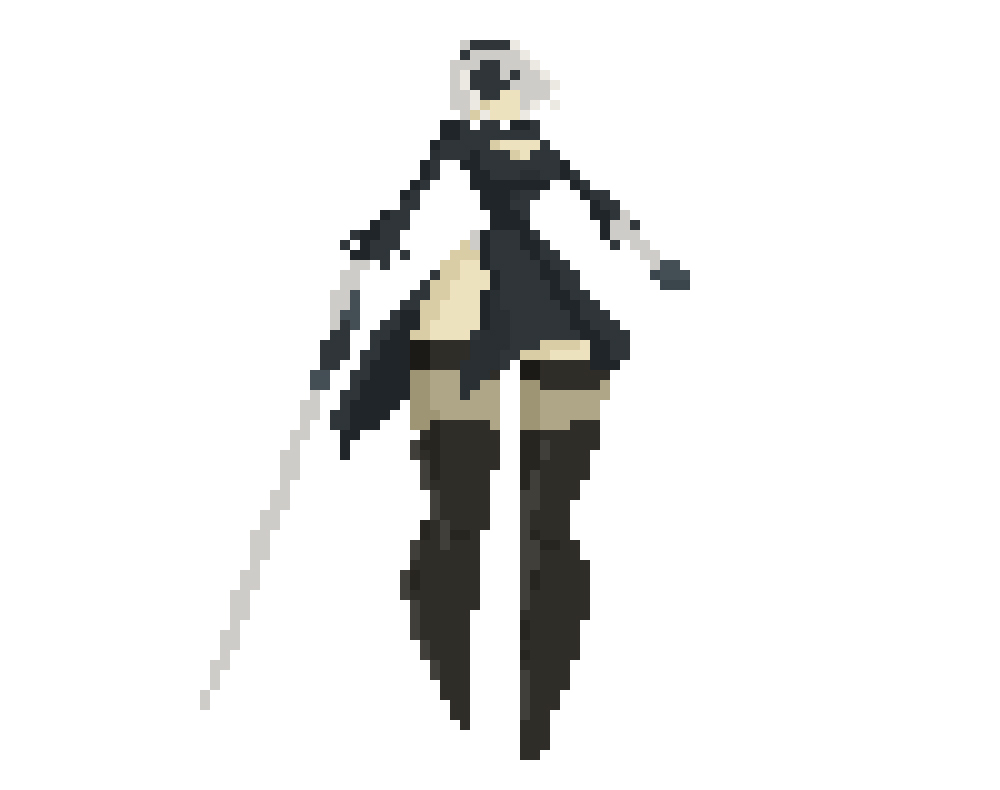 The game has three playable characters, but I think YoRHa No.2 Type B (2B) is everyone’s favourite. The other two are YoRHa No. 9 Type S (9S) and YoRHa Type A No.2 (A2) who I might draw later.

the main controversy of the game came when a photoshopped screengrab from the trailer gave 2b a rather accurate butthole, brown circle and all. The original image was just a regular panty shot you can expect from any Japanese made game.

However the game designer yoko Taro couldn’t help but make fun of the situation. From a translated tweet he said this:

“Due to the 2B butt controversy, many outrageous drawings are being made. Collecting them to share individually is a pain. I’d like it if I could get them sent in a zip file every week.”

“After saying ‘send me zips of 2B art’ word got around and I actually got a zip. The Internet is great.”