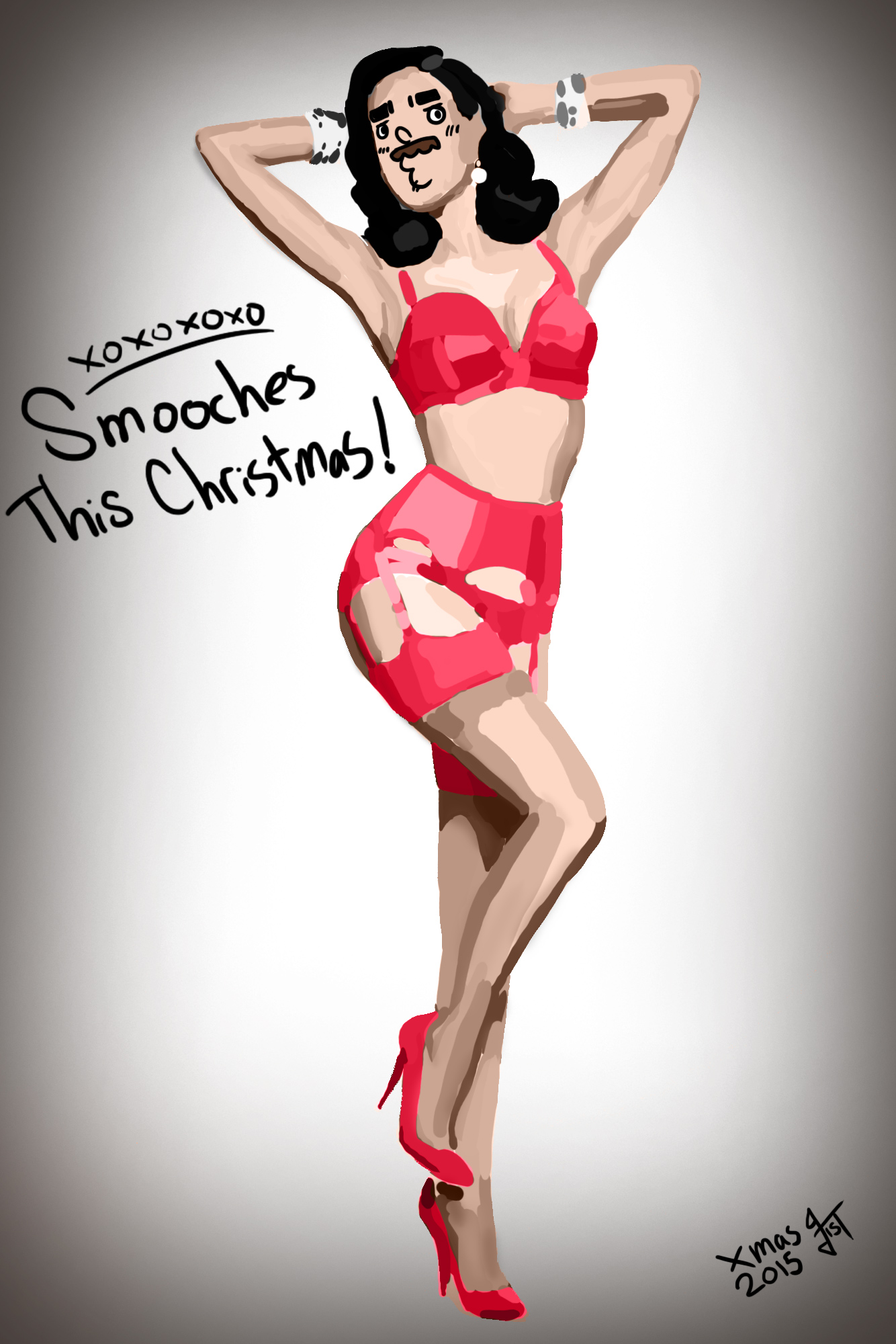 Ha! You thought I had forgotten hadn’t you. Just because I moved out of home for the first time, got a house, launched a three person team working on a comic together, chopped the tip of my finger off and got engaged you thought I’d forgotten about our Christmas tradition!

I hope it’s been a good year for you. Mine has had its highest highs (as you read in the last paragraph) and some pretty low lows (watching everyone I’ve worked with for the last two or so years get unceremoniously fired).

Hmmm, I guess I need to give you all some sort of intangible gift like I did in 2014. Unfortunately I haven’t pissed my pants much this year sooo hmm.

Alright so when I was house sitting my brothers place earlier this year (while we were saving for our new home) there was a takeaways down the road. Now in Auckland New Zealand we have a food health standard system. Essentially it’s a letter outside of the store telling you how good their hygiene is. “A” is for “Axcellent” and E is for “Elephant Shit, we have to close this place down”. “B” rates slightly lower than “A” and “D” is verging on being shut down.

Becky worked at a deli and she saw how lax standards needed to be to get the best “A” rating. So anything lower than that must be horrendous. So since those formative years she’s refused to go anywhere lower than an “A”. (I’m often sent to scope a place out, hoping the poor people behind the counter don’t notice me looking for their rating and then leaving in a hurry.)

Anyway this doesn’t stop me from going to the “B” takeaways at the end of the road this one evening when I was walking home from work. I was like “Hey, why not eat while I walk, I can do all these things at the same time and have tons of spare evening to play games in!” Flawless plan.

So I’m munching away on my burger that has that really runny tomato sauce and drippy beetroot. Occasionally I feel a piece of it drop out onto the concrete, splatting contentedly on this marvelous dark winter evening.

I walk up the stairs, unlock my brothers place. kick off my shoes and flick on the lights. I look down. I look like I was in a slasher flick. My hoodie is completely covered and crusted in tomato sauce and various burger viscera. I had no idea this was happening as I was eating in darkness.

Annoyed at myself I clean myself up, saving my jumper for later to maybe dip my chips in.

The next morning I walk to the bus and stand waiting for my pleb-mobile to come pick me up. I look down. I reel backward. My shoes are completely covered in splatters of blood! Oh wait a minute, it’s more of that fucking burger and now I had to go to work like that.