So my mate Matt hates shitty comments. He also lacks all self control, so he can’t help but read terrible things. Due to this lack of self control he suddenly sprung into action and built a Chrome Extension which blocks unpopular comments from wasting your time.

My contribution and claim to fame was making the logo for it. It’s based on the quick one he made for testing purposes. 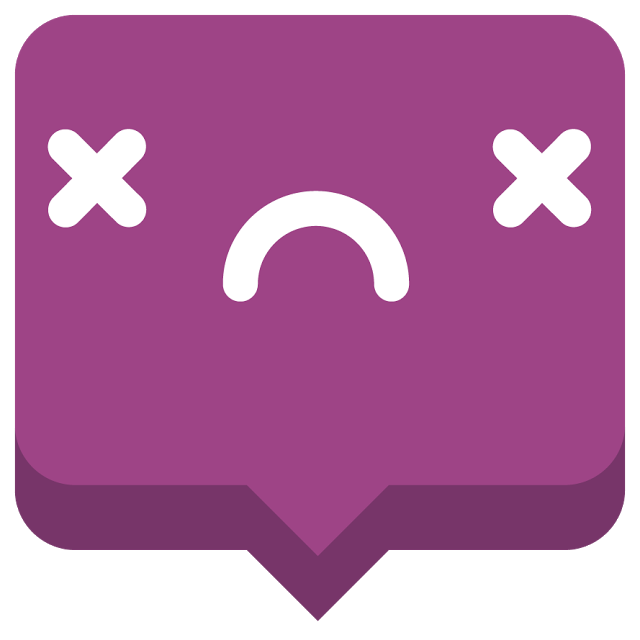 Anyway, if you’re sick of reading shit comments online then prepare for this chrome extension to change all that for you. 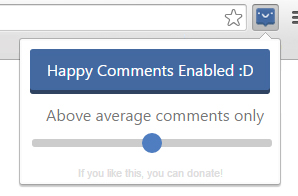 Matt put a lot of work into the button and slider because he knows how to prioritize style.

And here’s the icon in action in the extensions area of chrome.

Also here’s a bunch of the assets used within the chrome extension store. The font wasn’t my first choice but I couldn’t get my hands on Serrano Black Italic which is a locally grown NZ font which is used as the BNZ logo and also on the Air New Zealand adverts.
Eventually I settled on Poetsen One. 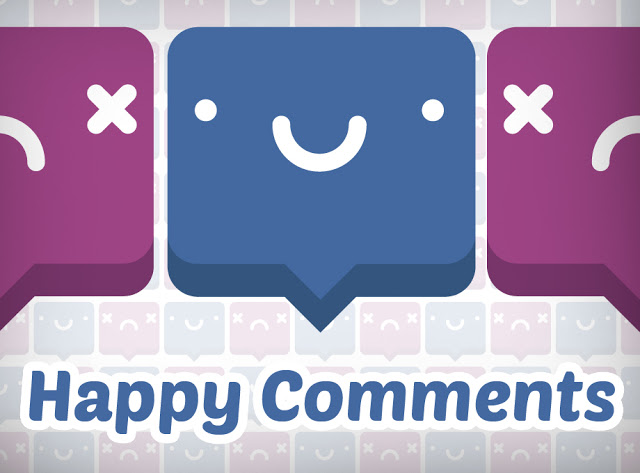 I’m pretty proud of the little guy. If you want him around you can download him here. Or if you have any comments and suggestions send them to @happy_comments