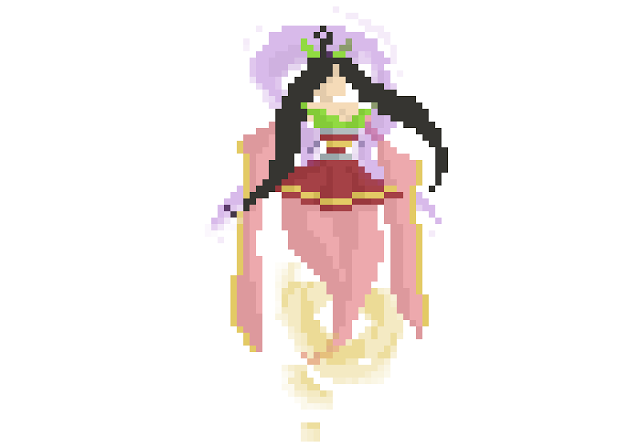 Suggested by Jeff. I’m just gonna have to quickly congratulate you on suggesting a girl that isn’t on my extensive list. When I ask for suggestions it’s normally a game of either A. Suggesting one I haven’t already done or B. Got on my list but don’t really want to do until someone makes me.

I’ve got a new pixel drawing app (which I’m probably not going to use to draw my pixel girls, just purely for consistency) but I’ll probably go into it later. It’s called Pyxel Edit for those that care.

Here’s a song from my teenage years of playing Burnout 3.