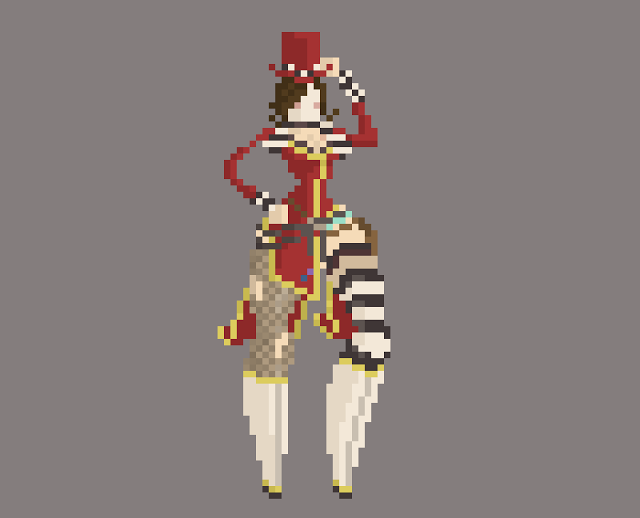 Mad Moxxi is one of those staple characters on the cosplay circuit at the moment. Googling images for her as reference for the pixel job brings up more cosplayers than ingame images, it’s insane. I guess the burlesque/steampunk fanservice tornado is strong with this character. I did two coloured background versions just cause I felt like there was to much white on her to really see her clearly on a white background. 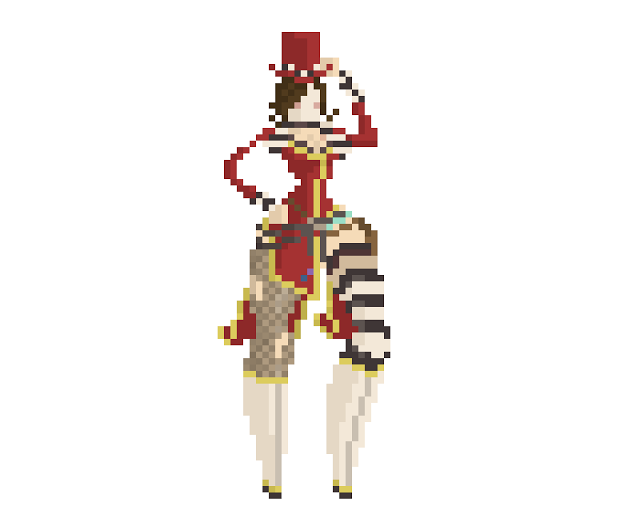 Well I just found out that the editorial department has been let go. Or at least 3 writers have. That’s a mighty blow at a place whose main bread and butter relies on 4 writers to produce content for two print magazines.
Their positions have been liquidated, so they have four weeks to land on their feet. If you know of any writing positions going I know 3 writers that write more in a week than most other people write in a lifetime. Seriously, every month they do a weeks more work than a normal person.
You shall be missed comrades. Also, I wonder how long my position is gonna last?