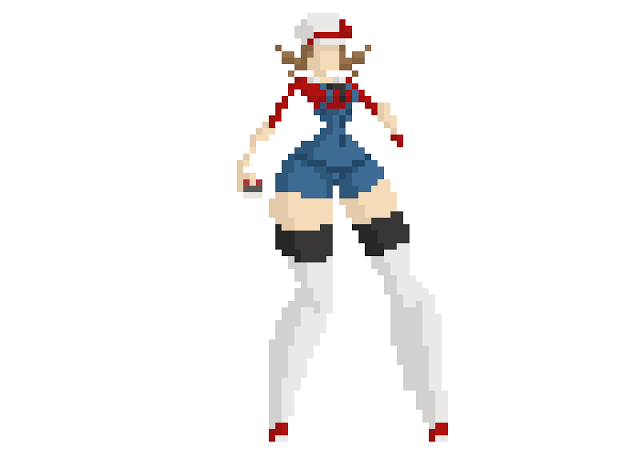 Lyra kind of has a big mix up with Kris whom she shares her character with in Pokemon Adventures. I think she looks pretty rad with her little Mario hat.

It’s raining here right now. Good excuse to not do mowing and instead clean up inside and chill out. I bought The Witcher 2 from Humble Bundle for 3 bucks the other day. The code didn’t come through immediately so afterwards they sent me a 5 buck voucher as an apology which I thought was awfully nice of them. Used it to buy MIND: Path to Thalamus. Not because I had hear anything about it, but because it looks kind of cool and was 5 bucks.