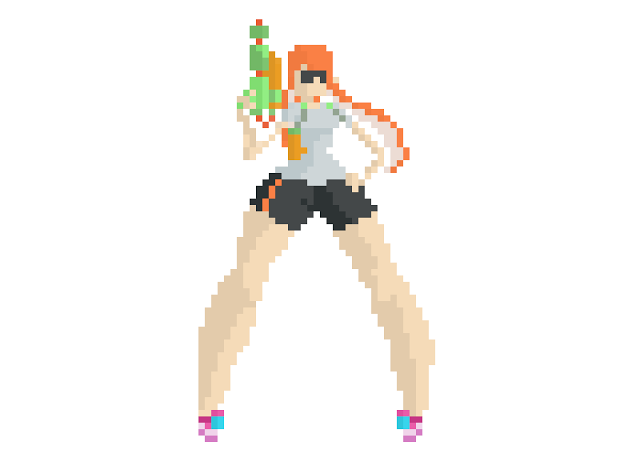 Buy this as a sticker!

I’ve been seeing the girl inkling popping up a lot recently and I had no idea the game was an actual thing till yesterday. It looks good though! If you’ve got friends, and a second WiiU.

I can tell you right now that WiiU lost the console war in New Zealand, I presume it’s global. Last weekend Matt and I went to look for an extra WiiU controller. There was nothing to be found anywhere. The best we could do was find a couple budget bins with the WiiU games chucked in there. We found a couple peripherals shamefully tucked in behind some XB1 stuff. Eventually we went to JB-HIFI who was the only place stocking decent WiiU stuff and got Smash Bros price matched with Harvey Norman (who didn’t even have it on their shelves, but had it listed online.)

Why did you buy a WiiU Matt? What were you even thinking? How did you even find it in the first place to be able to buy it?