Why Heroes of the Storm is better than your MOBA
Konoko - Oni
8bit, Gaming February 22, 2015
Share

Befoer we get down to brass tacks, Valla from Diablo, and now Heroes of the Storm.

Some people aren’t happy that you don’t immediately get characters in Heroes of the Storm as you do in other games. Personally I find unlocking the characters more rewarding than just being handed them. You will eventually get to play them all eventually for free through the rotation system you can go ahead and unlock them in the store using the currency you earn from completing quests and just playing the game.

It’s been described as a pitiful amount to receive, but let’s break it down and figure out exactly how long it would take to buy all the characters without spending real money.
Note that I’m working off the Beta version (34053), Mid February 2015. The Lost Vikings have just been released.

The Total cost of all the Characters

234,000 gold. First off we have the total cost, you can see the entire store of characters in the screenshots below. There’s always a character that’s 50% off, so this number may vary by a couple thousand. Apparently sales don’t apply to Gold, thanks assburgersareokay if that is your real name. 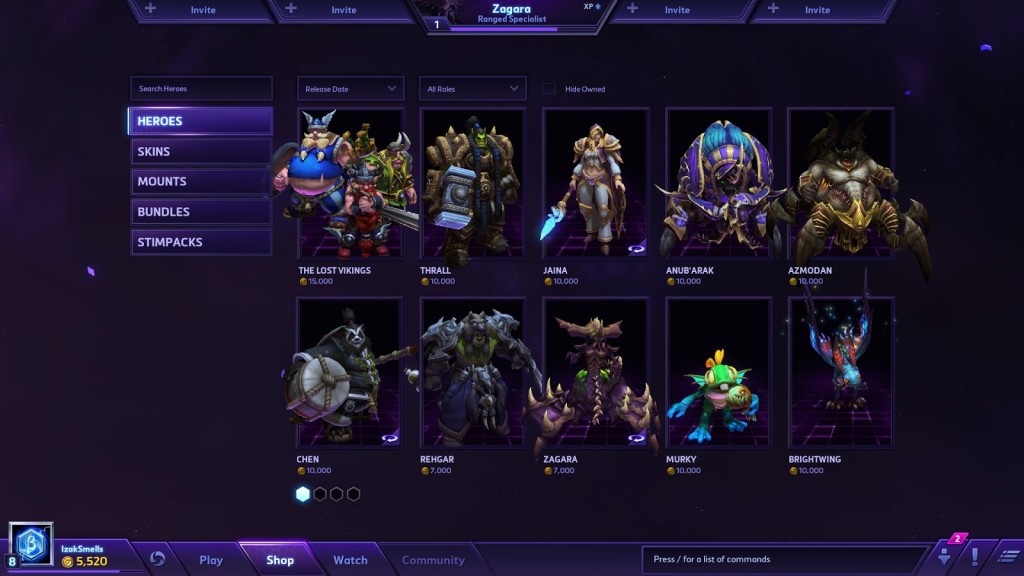 How much do you earn per match?

You earn 30 gold for a basic Death Match. 10 for winning, 20 for participating. Co-Op games yield just 10 for wining with no participation bonus. This is pretty paltry. 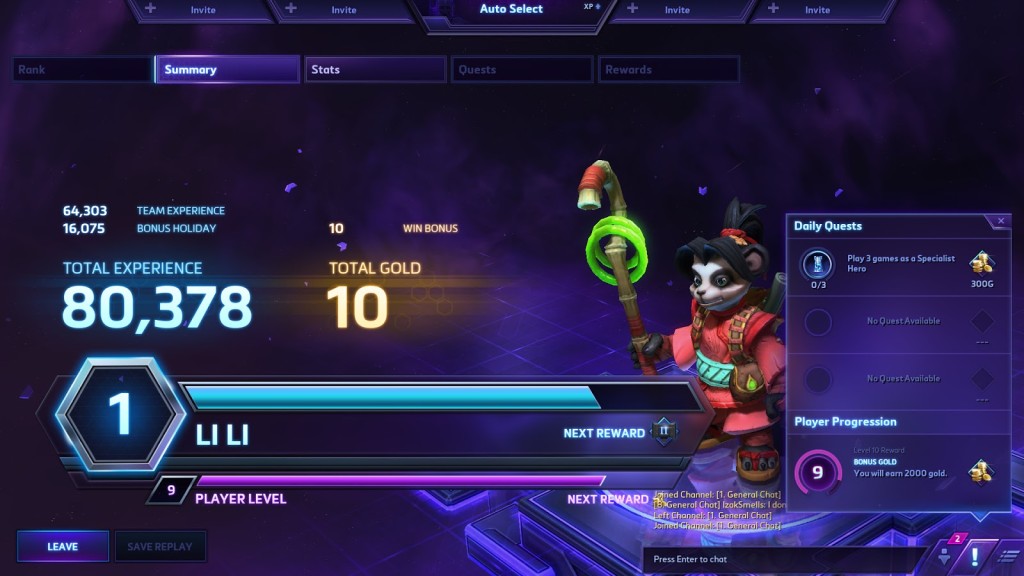 How Much From Dailies?

Daily quests can tip between 200 to 800 gold. You can see a complete breakdown of the different dailies here. Assuming you have an equal chance of receiving any of these dailies, you can expect to average 355 gold a day from dailies.

If we include the games you have to play to complete these quests on a basic Co-Op game you are guaranteed an average of 32 gold a day.

So from doing non competitive Co-Op, with no extra games per day you can earn 387 gold. Not looking as shit hot as I had hoped it would look.

What about Player progression rewards? 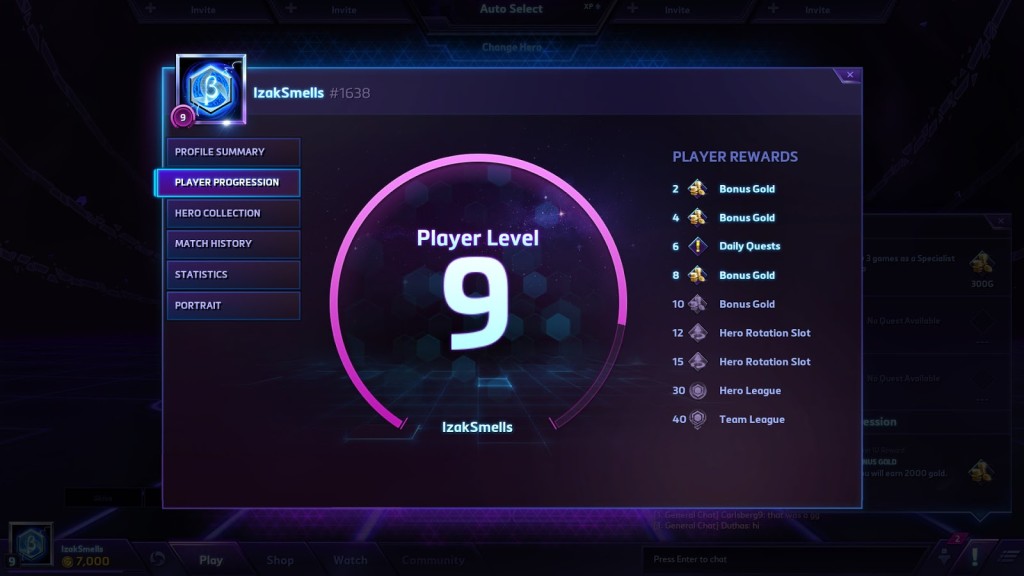 Ok, so from leveling your profile you can earn a one off of 6,000 gold. That’s not a bad little sum and gets you most of the way towards an expensive character. Let’s assume you earn that passively while trooping along.

So How long Will It Take?

You can expect to earn 2709 gold per week comfortably. At that rate it would take you 86.3 weeks to afford every character. knock off the 6000 from player progression and it’s down to about 84 weeks. In other words almost two years (of playing 3 games a day to complete the dailies) on the current characters alone. No doubt there will be tons more in two years time.

That’s a lot of my life…

An average match is meant to take around 20 minutes. That’s about an hour every day. Admittedly you can stack up to 3 daily quests and complete them all at the same time, but I can’t be bothered doing the maths for that. At this rate it will take you 588 hours to earn enough gold to get every character.


Fuck it, What if I just play Death Match hard out?

Ok, so you’re gonna spend more than an hour everyday playing, and your going to be getting that extra gold for playing more matches (as well as your daily reward). Blizzard wants to balance the game so you’d be winning 50% of the time, so your average income from a match would be 25 gold.

A reasonable 4 hour session a day would take you 363 days.


You can work out how long you’d need to play by checking out this handy graph that Matt kindly whipped up for me. Cheers. (Note: change 60x to 75x in the calculation.) The horizontal is hours spent each day, while the vertical is the days. Obviously only numbers of hours between 1 and 24 make sense.

I’m going pro, Playing this game is my job.

An 8 hour session would take you 263 days, which is 3 days more than a regular working year. People with real jobs would be able to afford the characters faster than you.

What if I just use real money?

The minimum wage in New Zealand is $14.25 an hour. If you decide to work instead of playing HotS you could earn 8379 real monies.

Doing some fast dirty sums here (because I wanna go watch Captain America) all the heroes cost 269 real dollars in total. This isn’t taking into account 50% discounts that are always going and hero bundle packs.

So if you wanted to reward Blizzard for their evil ways you can afford to get all the characters in 11.8 hours which is a lot less than two years.

Once you collect all the characters you will be suddenly filled with an amazing sense of accomplishment and your life will suddenly know a peace it’s never felt before. This is of course priceless.

13 Thoughts on How long does it take to get every Heroes of the Storm Hero?