Darkstalkers has some fun characters, they aren’t afraid to be weird with the designs.
While researching Felicia I bumped into the official Deviantart of the guy who did the art for Revelations. Turns out I was already following artgerm anyway.
I found this curiosity below that I thought I’d share with you. The censored and uncensored versions of her official art. I’m not sure in what context each is used (whether one’s for japan and the other is for the prudish west) or what. But putting a pussy in front of a butt has always been a recipe for fun times, so here we go. 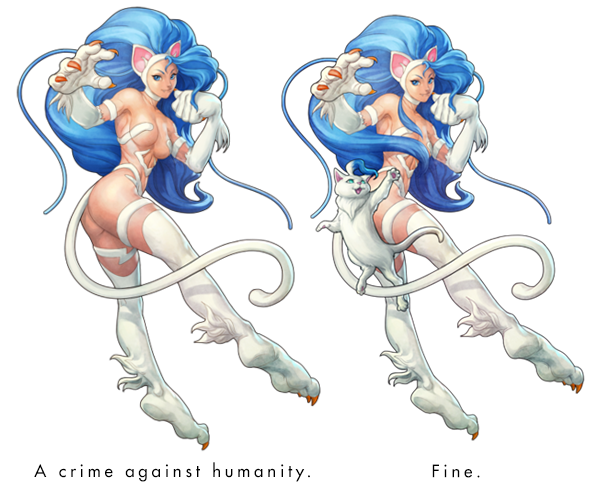 As we all know it’s a well known fact that underboob is more offensive than pretty much any other kind of boob.