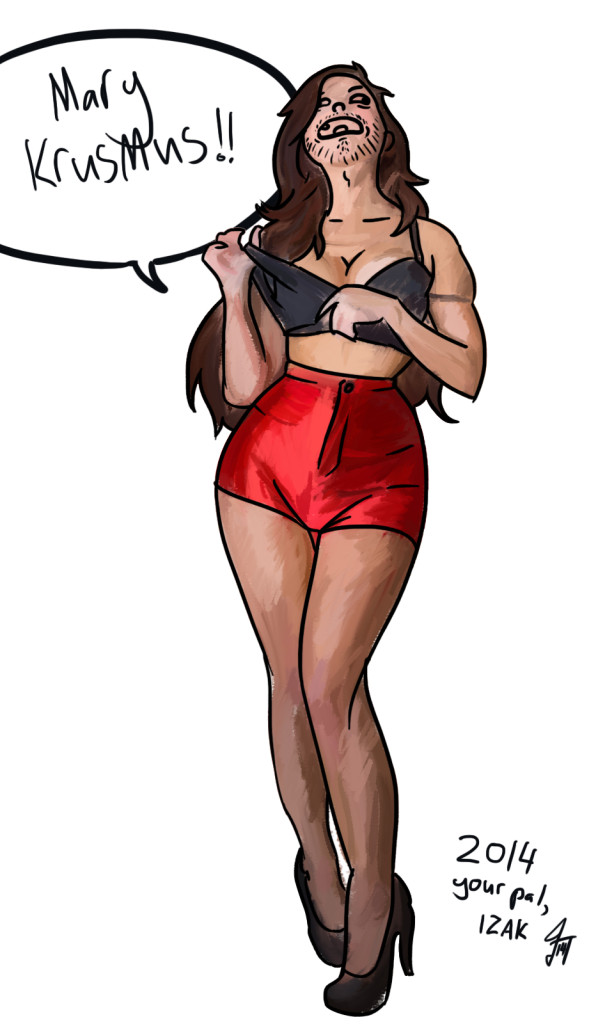 Looks like we all made it to the end of another year. This year the site was its second busiest its ever been, the only year it was busier was back in 2011 where I did a Doodle A Day everyday. The activity this year was spurred mostly by my 8Bit girls which I hope to continue throughout 2015. I’d just like to thank those of you who have stuck through this all with me, you guys are legends and you deserve more than I could ever mispell.

Since you’ve been so good, here’s a secret from my year

That time I pissed into my pants. You see I didn’t “wet myself” I just pissed into my own pants by accident. How do I rephrase that? I was purposefully pissing, but accidentally into my pants. That works. Yeah, so it’s easier to browse your phone when you sit down to go toilet right? Why stand up to pee when you can do it sitting down like a girl king, amiright?
Anyway, unbeknownst to me I hadn’t fully flopped myself out. Mr Johnston was still chilling in his clothy mancave when the order came to do his thing.
This happened at work, and is another confirmation that everyone should keep a spare pair of underwear in their draw for sticky/wet situations. That’s my gift to you this Christmas.