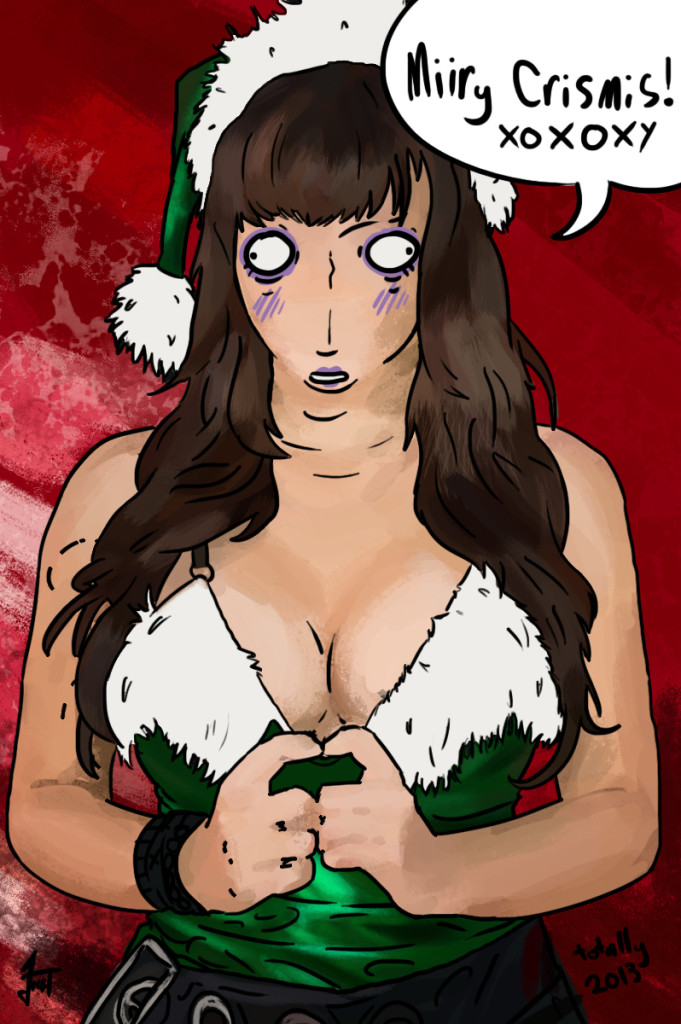 Christmas Girl: 2009 2010 2011 2012 2013
Much like an abortion, it’s better late than never. I figured since I’ve done it for four years I may as well make sure I do my fifth one belatedly.
Merry christmas everyone! I can’t wait to see what 2014 has in store for us. Here are my predictions.
Kim Dotcom will start an internet party and totally sweep the floor in NZ politics. He’ll probably become prime minister.
Kim Jong Un will finally prove to the world that he can fly, and also forgive all his detractors because he is a just and forgiving god.
Kim Kardashian will co-star alongside her own butt.
America will draw a direct connection between guns and death due to guns.
Tim Cook will go against everyone’s expectations that Apple will be releasing a dumb smart watch because he’s intelligent enough to know they would totally suck dick.
Gravity will continue to play in theaters all year long because it was Sandra Bullocks birthday wish.
Mark Zuckerberg will make an ambiguous post on Facebook saying “Such a bad night, I don’t want to talk about it…” before shutting down the entire social network due to no one taking the bait and commenting.