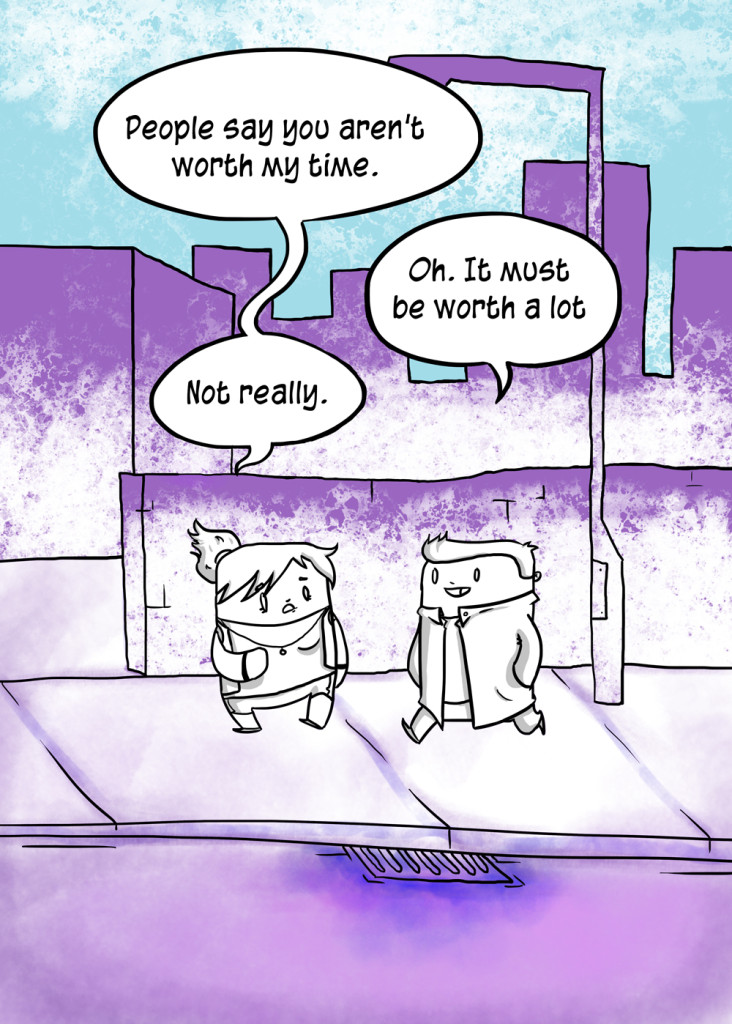 The bottom of this strip was kindly painted in by Becky. originally the layer was chucked out cause it wasn’t working, but after I coloured in the rest of the city I accidentally turned the layer back on and it worked really well with everything else.
Work has decided that doing iPad magazines are a total waste of our time. Which is true, the walled garden of the Apple store is really a ghost town in the magazine department, no one wants them. We could sell 50 issues and be in the top 10 earning apps some days. And if you aren’t shmoozing up to Apple to be on the frontpage then you aren’t going to get any traction at all.
My final project for uni in 2012 was about this entire subject, it’s nice to be proven right 2 years later. I’ll try and find the text for it and post it up here maybe.

0 Thoughts on Blobby: Worth My Time