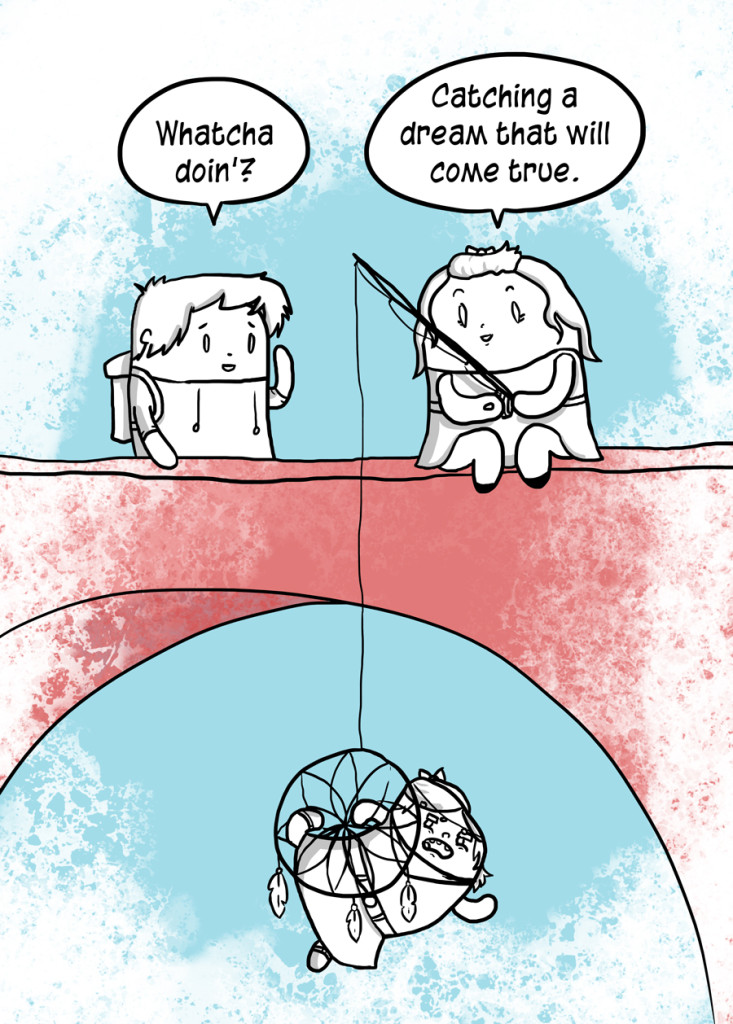 That’s number seven. Final Fantasy is surprisingly inspiring. When your battling it frees up a lot of your mental energy to go off and think of something else.
Also every time the story flares up I think to myself “I could surely do better than this.” so that helps my ego somewhat.

My stuff has been appearing randomly round the net recently, mint to see some attribution going on. Remember if you would like hi-res versions of my pixel girls with transparent backgrounds for your ugly christmas sweaters you only need to figure out how to contact me. I’m more than willing to oblige.

It’s terrifying to see how information moves through the internet. It’s always lauded as a positive experience that everyone should chase after. Every boardroom in the planet is banging it’s head against the wall trying to find the “viral” button on their keyboard. After seeing how my post was used in other places proves just how scary it can be to say the wrong thing. What if I told people the wrong thing? Gave them bad information as I was suggesting the petition and the useless fringes of the gaming press were? It’s a thought that we should all take to heart, especially when it concerns another squishy human being.
After posting the Sarkeesian Mirror’s Edge 2 stuff it quickly ended up on /againstmensrights/ & then /mensrights/ and a couple hours after my post went up an extremely similiarly formatted article went up on Lazygamer.net. It’s sad to see people in the comments not fully grasping that what they know may be based on speculation and thin air.
I’ve issued challenges to several of these peeps and they don’t come back with anything to substantiate their claims, so I’m calling this one case closed until Mirror’s Edge 2 comes out and I see the credits rolling at the end.

Edit 19/12/14: Unbeknownst to me, at the time I posted this EA responded concluding that “This petition is based on inaccurate information. EA is not working with Anita Sarkeesian on development of Mirror’s Edge.”
So I guess we won’t need to wait that long after all.