Blobby: Bear in the Woods 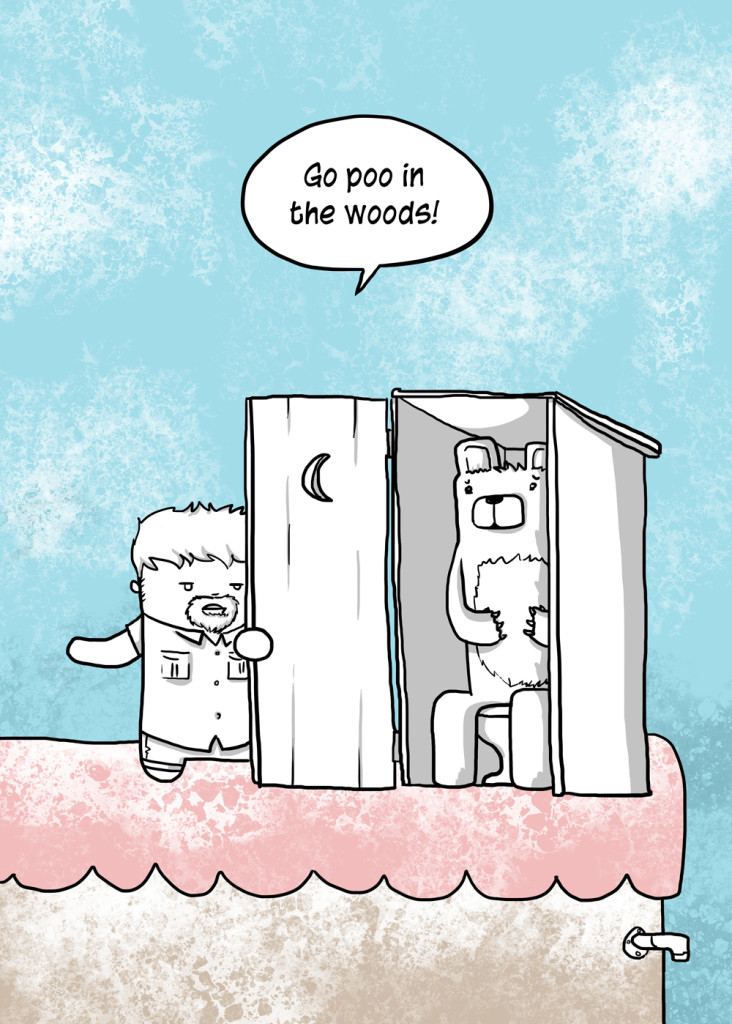 Bears sometimes need to be told where to go toilet. We could explain to them that it’s due to a phrase that we use to explain how true and predictable something is, but they’d probably get upset about that. Bears have an image of themselves in their mind that they’re trying to live up to, & if they found out that we mostly discuss whether or not they shit in the woods they wouldn’t be pleased.
Unrelated music: