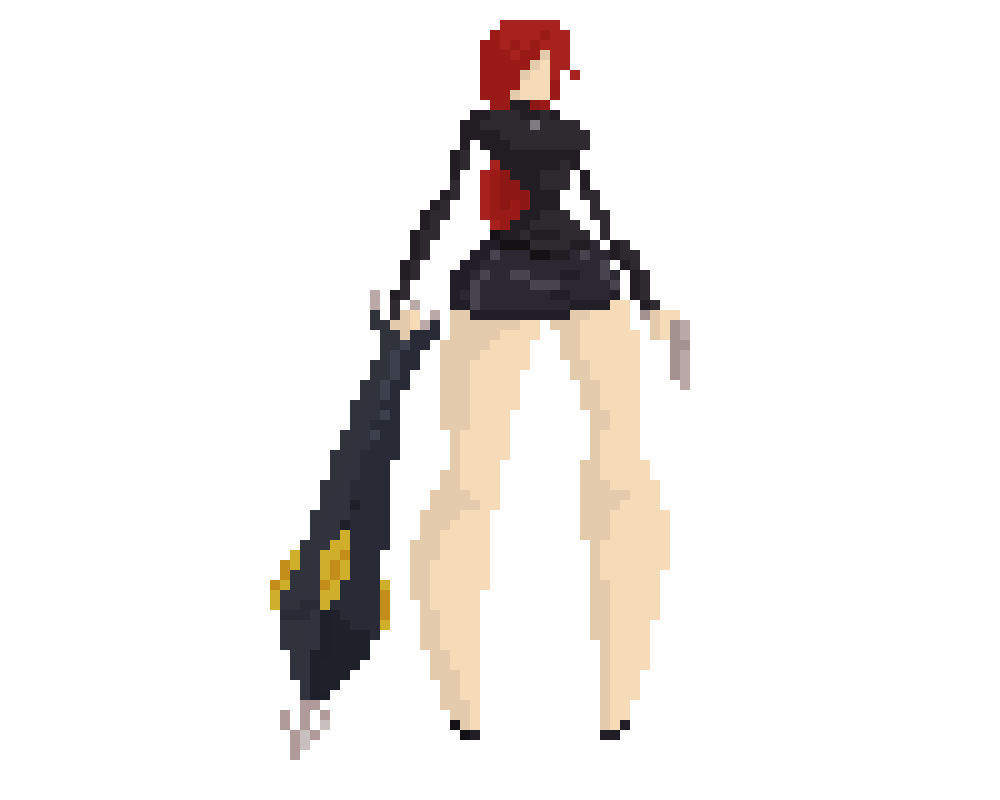 It’s Parasoul! I was wondering whether I should draw her with her weapons, but then I decided it’s kind of in the name. It’s like drawing a character called “Knife Man” without his trademark knife and… Santa hat? Seriously What is up with stock photos sometimes.
It’s one of the many small amusements Designers get to enjoy. It’s like there’s these little nuggets of Monty Python absurdity left on stock sites just for us. Usually it’s a matter of wondering what specific purpose these images would ever get used for. Someone had to buy them at some point right?