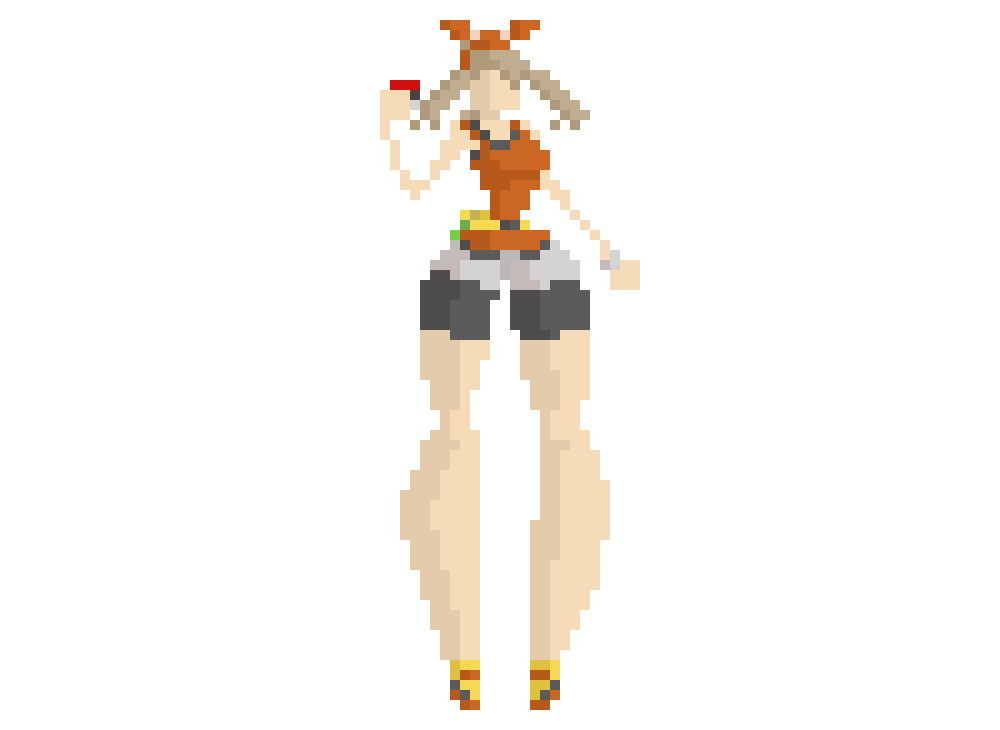 Aaaah Pokemon, it was only a matter of time before you would rare your ugly fat head into this project. Since Omega Ruby & Alpha Sapphire are coming out soon I thought this would be the best time to get May out of  the way. I went with the redesigned version of her rather than the original Ruby/Sapphire version.
Jeeze, these games are coming out so close together now. Although I’m saying that as though a new version hasn’t come out every year since ’96 (with the exception of ’01, ’03, ’07, & ’11).
My first game was Blue. I caught like 5 Pidgey’s. Because you know, they were there and someone had to catch them.
This kicked off a childhood of chucking rocks pokeballs at various things to kill catch them. I never had the sort of scratch required to own Pokemon cards so I’d cut up Disney Adventures and turn them into Pokemon cards. I realized that their value wasn’t as great as a real life Pokemon cards so I’d trade a ton of them for a single card. This didn’t work either, so eventually I just resorted to good old fashion begging. I got the special edition holographic Zapdos when I went to the movies. My life was complete and I have been content with what few positions I own ever since.