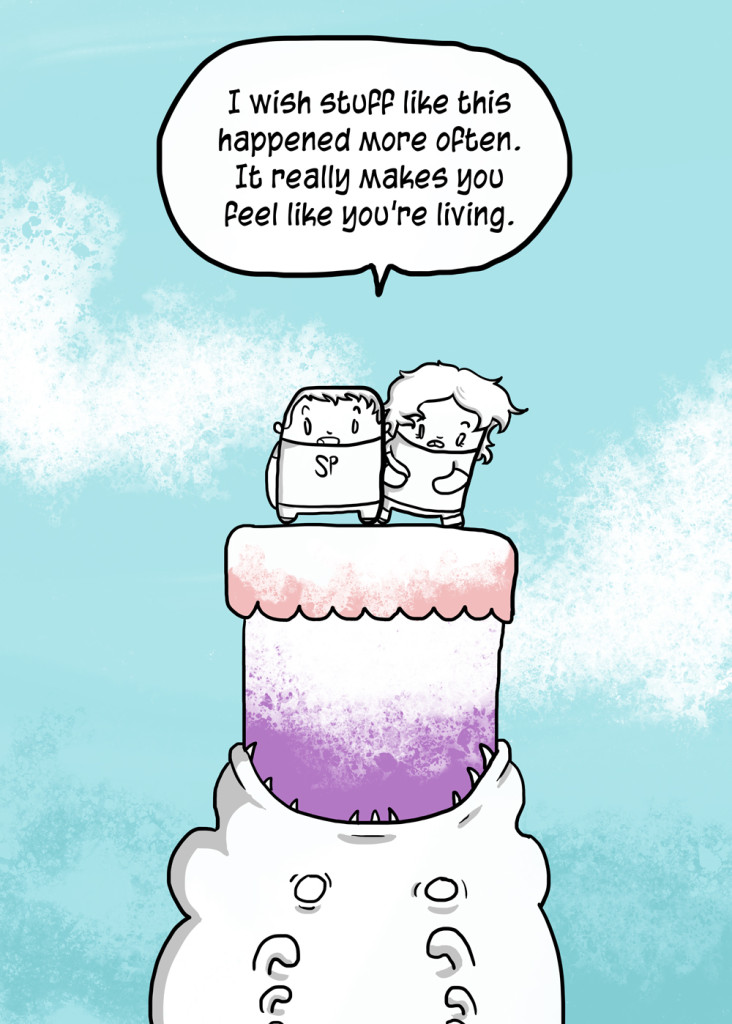 It’s been a long long time since we’ve visited the blobby world, but we’re back now. It’s nice to see the style slowly getting refined and polished. I’m hoping to have twenty of these done so I can bundle them up into a little book and help bolster a table of little comics by my girlfriend. You can read more about that business here.
I’ve gone the rare course of actually planning out most of these comics for a change, which will hopefully guarantee a higher quality output. My early ones were normally done on the fly, and usually not fully figured out till the drawing was finished.
Writing the content has been particularly difficult, since I have a very specific idea of the tone that I want to create with the Blobby World. Normally it requires the sort of emotions that are tied to loneliness or newly discovered love. So not exactly the sort of thing you can shit on command. As such I’ve taken to asking people I know in these situations “Hey if you have any potent personal thoughts that I could broadcast to the world, totally tell me ok?”