So I’m going ahead with Unity. I figure it’s going to be my best shot at getting a little game done and bringing my pixel art style to life. So for now the site is going to turn into a dev log. 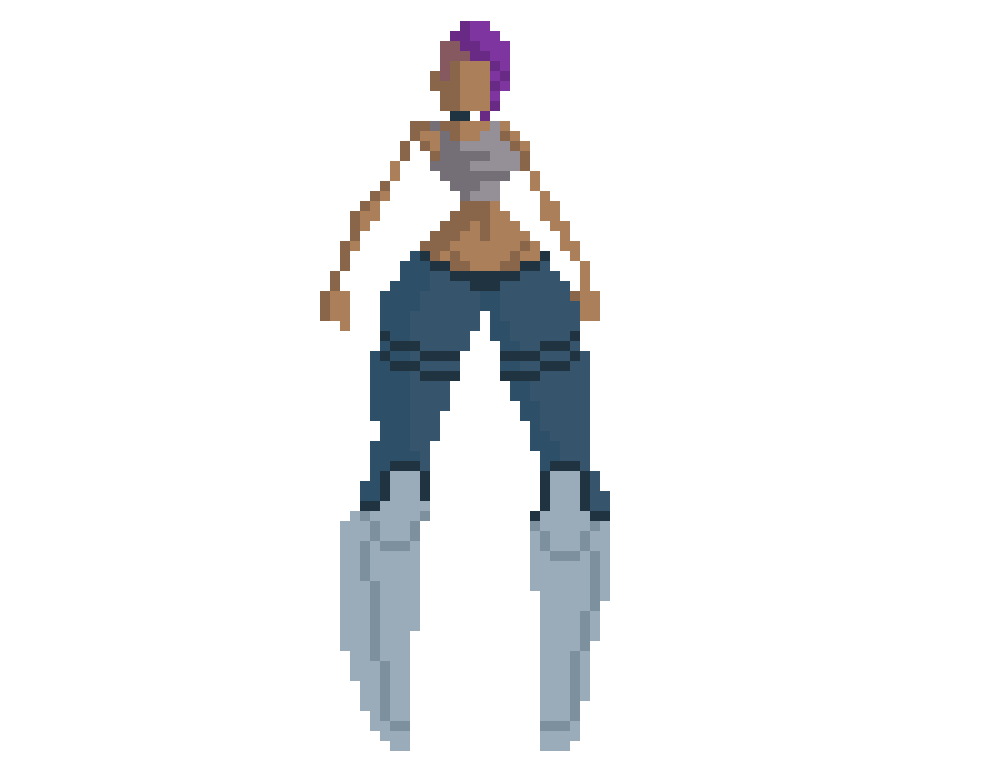 Based off Sergeant Punk from a while ago. I think she will do nicely as my character. I don’t feel entirely comfortable showing my WIP walk cycle off, but I feel it might be interesting to some to see how my process looks about a third of the way through. I’ll colour her legs in, making changes on her as I go. Once I’m happy with how she moves in these keyframes I’ll add tweens which might mean another four frames to make her move nice and smooth. I added the straps to her legs cause I thought it would add a little shape to her, to give a visual cue that she isn’t dead flat. It was the one thing I took away from the Tomb Raider animation I did.

Resist the urge to tell me what’s wrong with this. It’s like telling a mum her unborn child doesn’t have a degree yet. Hmm, Looking at the animation I kind of dig that she’s bald. It could fit quite nicely into the future aesthetic I have in mind for the rest of the game.
The checklist for the finer points of what I want to do in Unity include making sure that the character doesn’t stick to walls and being able to pluck objects out of the world. These are about my largest coding hurdles I need to succumb for the project I’m prepping. I’m using the Beta Sample Assets & prefabs as my jumping off pointa and I was kind of hoping that it wouldn’t have the wall stickiness. Perhaps downloading someones complete project to dissect how they did it could help.