I was going to draw tonight but it turns out the particular cable I need to run my tablet and charge my phone on has gone missing. This makes the third or so one that has vanished into thin air. I have one more floating around but it doesn’t seem to have any effect on my tablet. So here we are
Just so we’re all on the same page, if you haven’t had a look at the Ludum Dare site yet, the theme this year was Connected Worlds.
So without further ado I present to you Shiftkeeper by Egor-idiot. It has a web version so you don’t need to fiddle around with downloading anything. 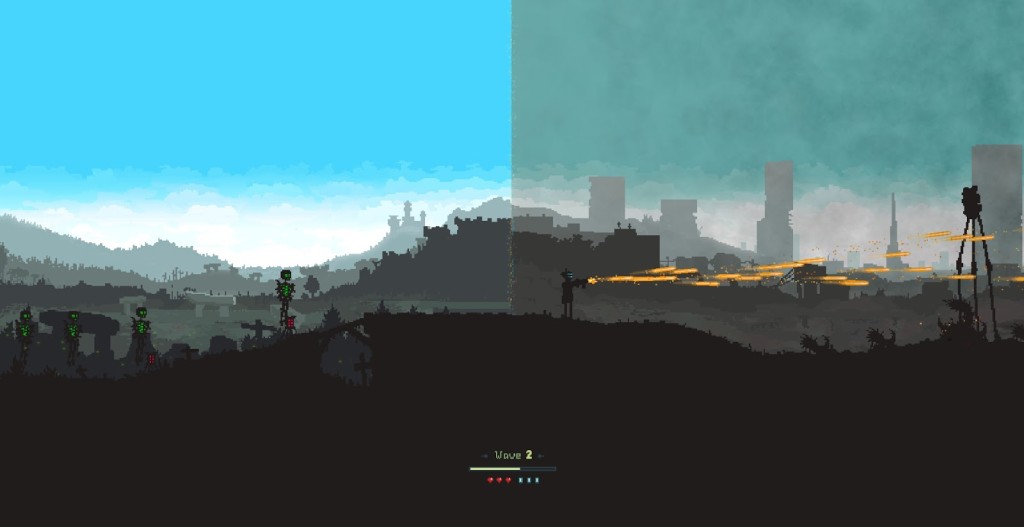 it’s a simple concept, the screen is split into two worlds. The left is a medieval fantasy while the other is a sci-fi future. You move between the worlds as either a wizard or a future soldier, defending the portal from attack from both side. You have to survive three rounds to win. The first two rounds pass quite quickly and any semi competent person will get through them without even realising. The third wave makes you work for it though. The wizards spells are slow moving, so you can cue up a whole row of them to kill anything that comes from that direction while you go to the future soldier side and wipe out the quicker moving enemies with your machine gun.
The animation is minimal and everything kind of slides around, but for 48 hours it’s a solid little concept. Like something you’d find at Newgrounds. You can also jump, something I never really bothered doing. 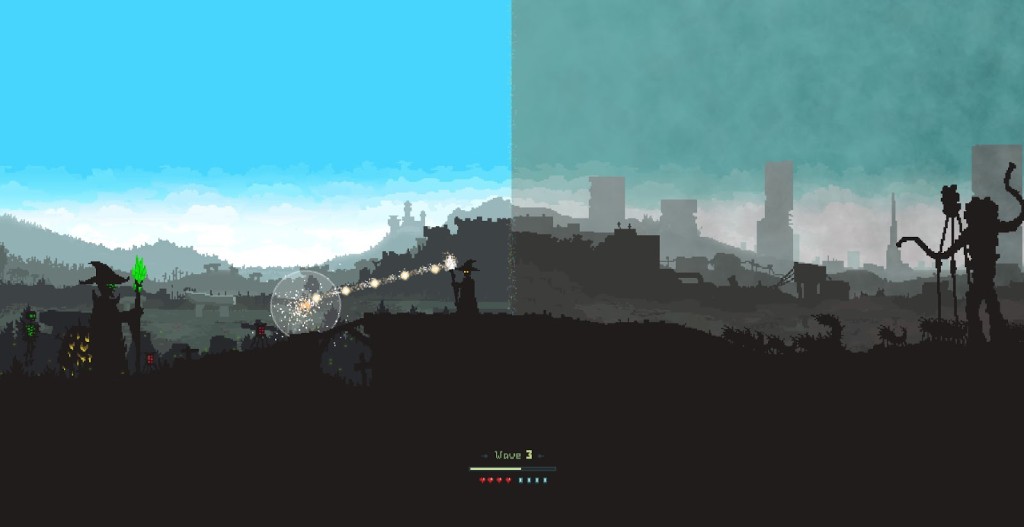 Next game up is Rest In Peace by Kenrickrilee if that is your real name. You sound more like… THREE people. To be honest I don’t know if I could be bothered telling you the rules because the game tells you it so succinctly.

There’s something inherently cheeky about shooting someone, swapping to an alternate dimension, evading their ghost, and burning their body. It’s like a massive F you to the sanctity of human life and the respect we should show their corpses.

If you’re wondering why the screenshot is cut off, it’s not, the game is literally this shape. It’s all made in javascript and is run via a browser, so once again, no messy downloads. It’s a little annoying to restart the game after you die, needing to refresh the page, but other than that it’s a fun little cat and mouse game.

Also the 2 frame animations are kind of charming and cute. Look at that little ghost go! Ha ha, he’s probably angry about me shooting him and then desecrating his corpse. Dumb ghost.