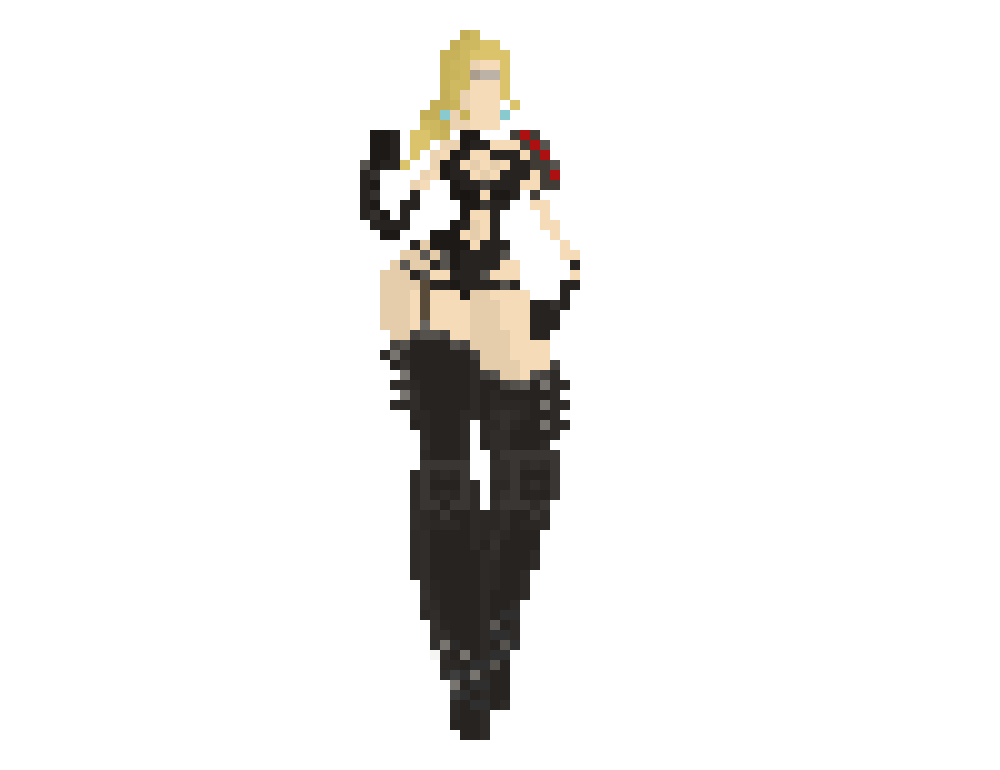 Rachel is another Ninja Gaiden character that’s been purloined by DoA5. She first cropped up in the first Ninja Gaiden game in ’04. But wasn’t playable till Ninja Gaiden Sigma. Apparently she was half way through her Grid Iron Bondage career when she got yanked out to beat the crud out of schoolgirls. Oh wait a minute.

In other news Dwarf Fortress is heating up for another release. I started playing around the release of the last update. I just noticed a gif I made on this one post has been reused over on this podcast interview with Toady. I recommend you listening to it if you’re a fan of either roguelikes, game design in genereal, or Dwarf Fortress. It’ll be interesting either way. I sense some more Dwarf Fortress stories brewing in the near future. I’m gonna have to relearn how to wield the keyboard on that game.