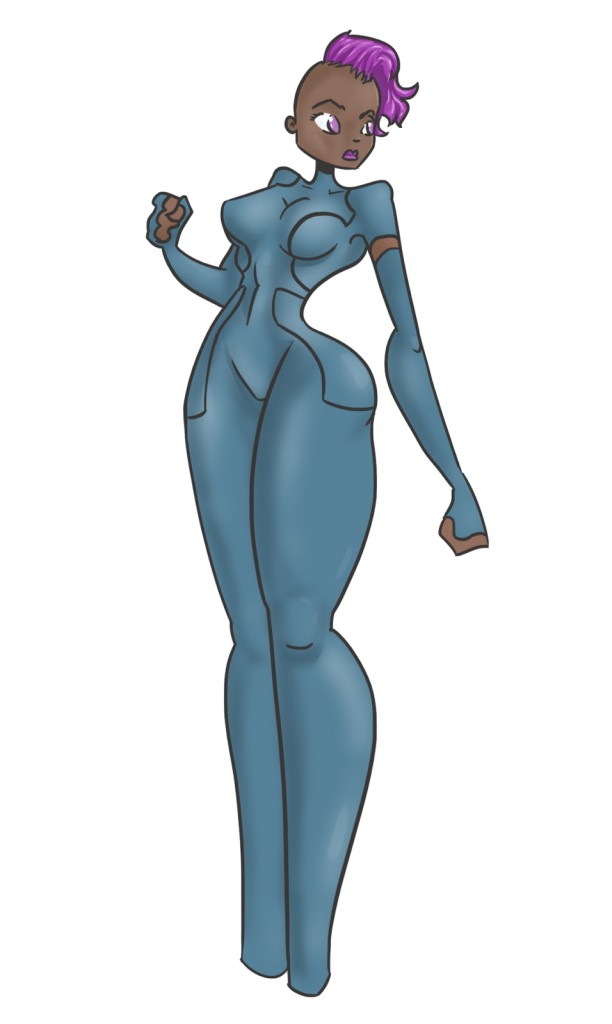 Last week I took 3 days off, cunningly placed between Easter weekend and Anzac Day. Such a large amount of time spent away from the office offered me the chance to recharge and get back into doing some drawing which doesn’t constitute pixel art girls. So after some well deserved time spent on Waiheke Island I decided that I should get better at shading. The top image is my first attempt. Kind of came out dull looking but I was happy with it. The second uses darker lines and has a slightly higher contrast which works well in its favour I think. I didn’t really do any post image processing or anything that might have gotten me an even more striking result.
I’ve drawn a version of my punk chick before, although she’s normally white. I guess this new version of her belongs more in Star Trek while the old one is a blatant rip off of Tank Girl.