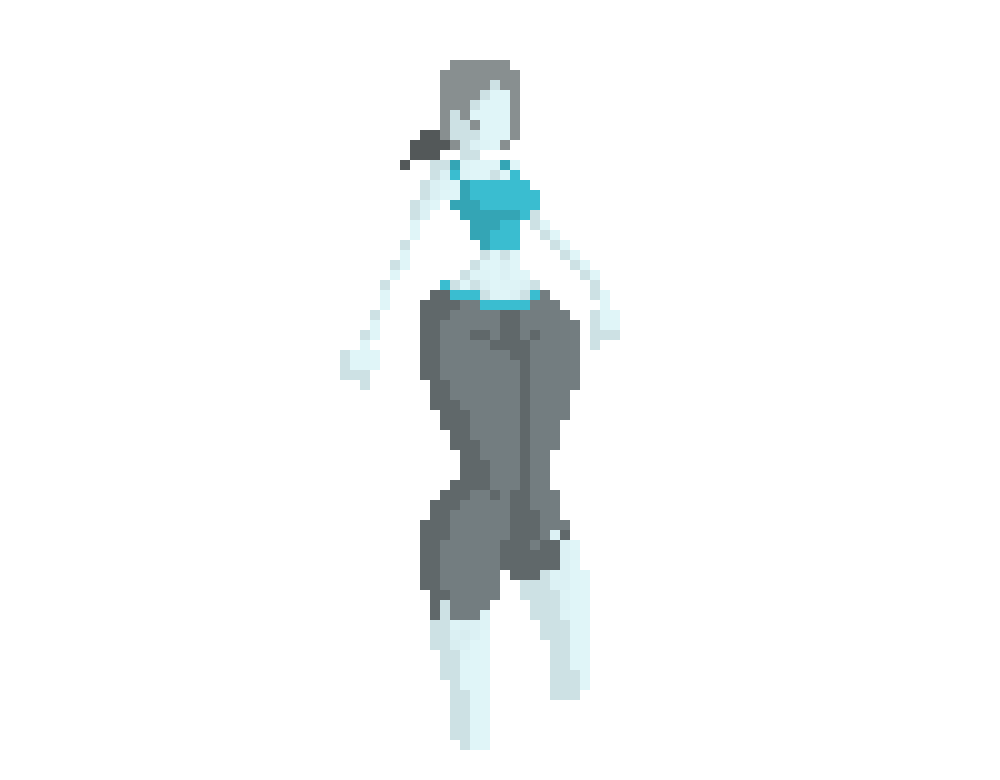 Wii Fit Trainer, AKA, Smurfette on Crossfit day.
After I posted the running Lara croft a couple people requested her. I guess it’s cause they look pretty similiar with the blue tank top. That and they were hoping for some saucy workout animation or something. Might be fun I guess.
I didn’t post any 8bit last week. It wasn’t because I wasn’t drawing or living or anything. I probably did more 8bit stuff last week than I have ever done in a week. Turns out people think I’m cool enough to hire to do concept art stuff. In fact the Lara animation was a proof of my own ability, for both me and them, since I have never animated in this style before. So that’s kind of exciting. Hopefully more work comes rolling my way.
I originally started doing this stuff because it was a way of being creative without using up a whole ton of my time. Kind of ironic how things turn out. (Woah, look at him go and using ‘ironic’ without fear of some dick saying “Hey do you even know what ironic means?”)