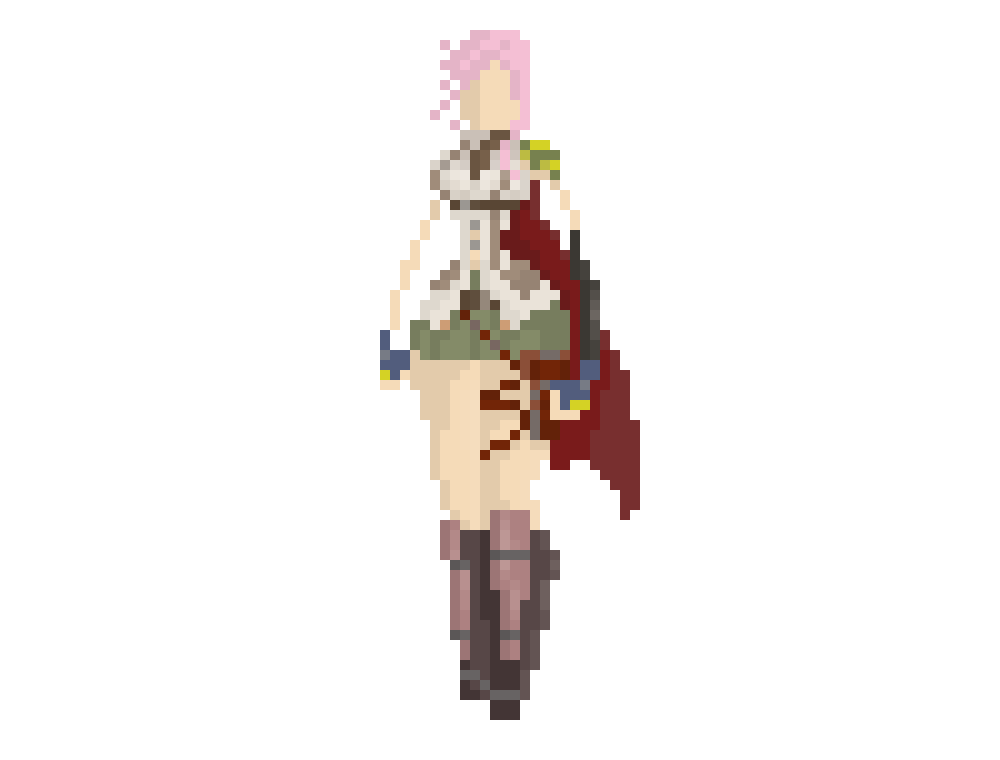 I have a bunch lined up, But I thought I better let Lightning cut in line, because of Lightning Returns. I decided to go with her outfit from Final Fantasy XIII, because so far it feels more iconic than her crazy shoulder armour black leather thing she has going now.

I just got an Nexus 4 as well! Exciting times. I was going to write a post about what it’s like to get into smartphones long after everyone else has, but just never got around to it with my iPhone. Lets put it this way, before my iPhone, when I went to the toilet I didn’t take very long. It has now been turned into “Hunt for Apps while no one can harm you in this locked room” time.
I’ve never been a big fan of Apple stuff. I mean, I have an iPad, but it’s integral to my job so shoosh. I will however defend iPod shuffles. Those little things were bitching and got me through many an arduous journey to Uni.
I got an iPhone 4 on the cheap though, so I couldn’t pass it up. It lags horribly. Even on Flappy Birds. G+ Hangouts also was a butthole, which was unfortunate since I use it quite a bit.
Then came the Nexus 4 two weeks ago or so. Man it felt good. Being able to have files to browse!? Torrenting!? What is this sorcery? I don’t need a big clunky iTunes like product to be able to do things on my phone? I can just copy paste anything I want? The freedom! The double widget section and installed apps pages? Well yeah those are a bit odd to be honest but whatever.
Android has shown us that 2014 isn’t like 1984, and if you’re even a little bit tech savvy you’re letting yourself down if you have an iPhone. Give it to your mum. I probably will.