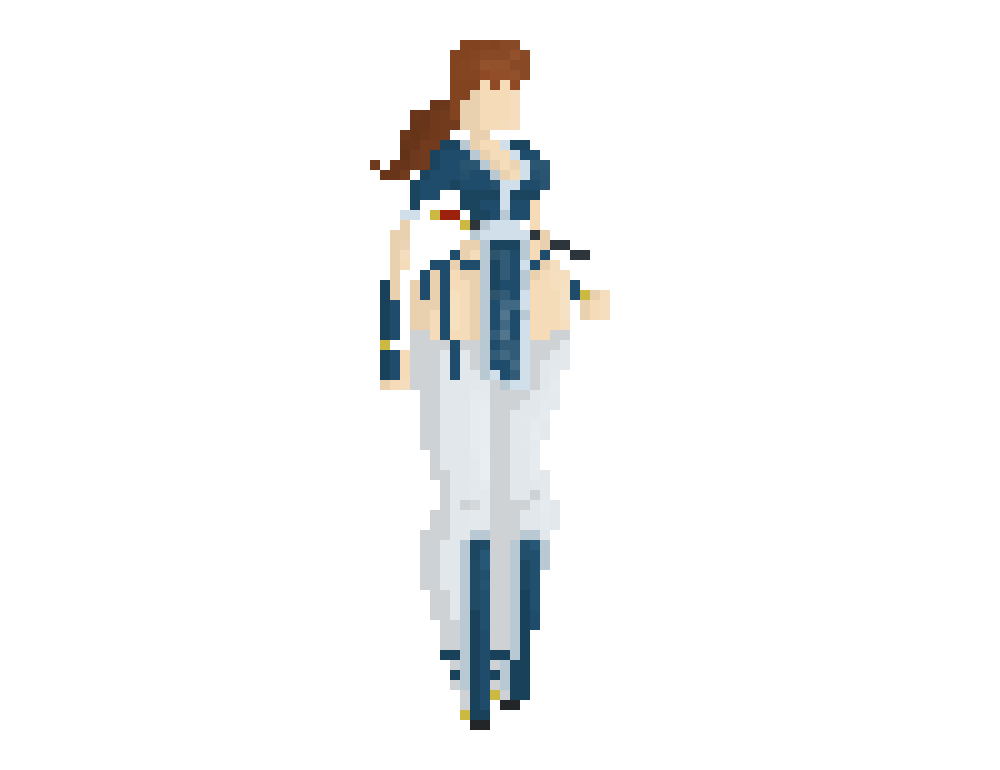 Kasumi’s the poster girl of Dead or Alive, so I figured she’d make a good figure to do for my video tutorial that I’ve whipped up. I’ve been thinking about doing it for a while now, but a couple nudges have pushed me over the brink. I have to warn you though, there’s swearing. I got a whole bunch of swears on special the other day, so I’m trying to use them all before their sell by date goes off.
For everyone who wants a more step by step guide devoid of extrenious frames I’ve broken the video down below. I’d personally fall into this category. I never watch videos like the one I just made. I’m part of the problem, I know. To set up photoshop you should check out the post I’ve already done on the subject. Now that we have that out of the way. 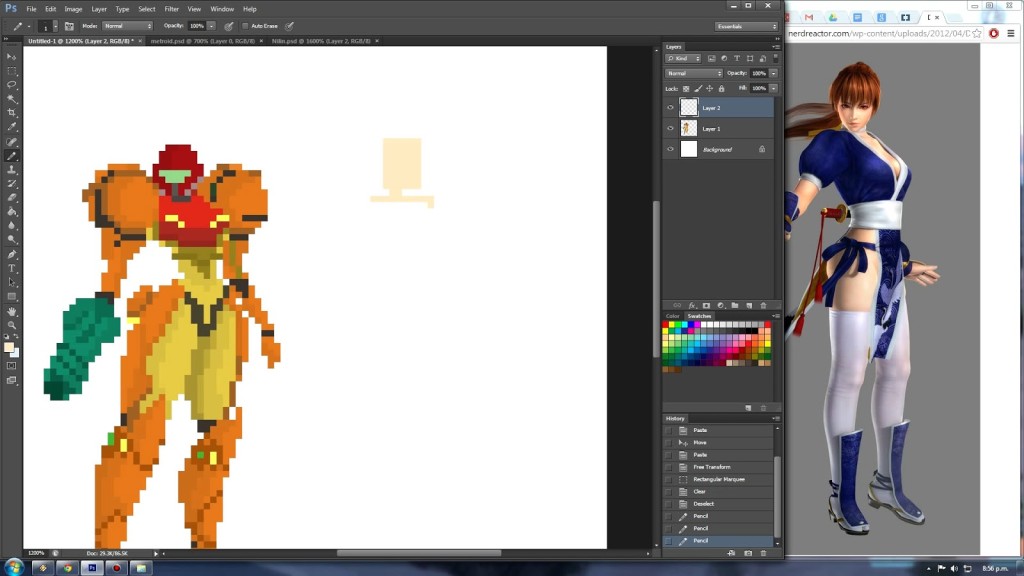 I once said you should start with a circle and then make it awesome. That advice still holds true except you start with a skin coloured square instead. This helps me figure out the proportions of the rest of the figure. I have Metroid there to taunt me with how awesome she looks, and also to keep me on track with proportions and stylisation. My canvas at this point is 100×100 pixels. 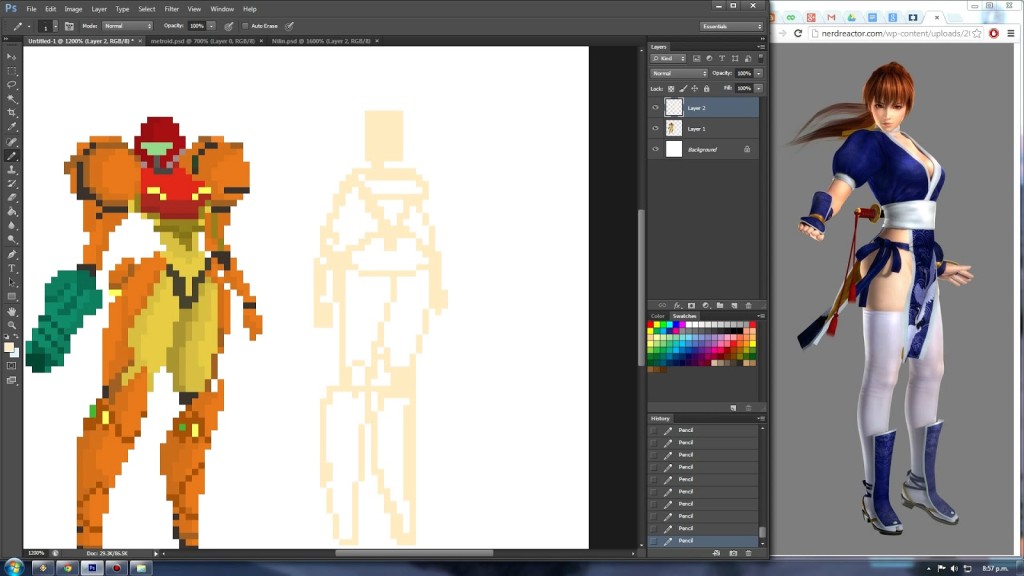 I have the whole figure drawn out the way she’s gonna be, similiar to how you’d see see them set up in one of those useless “How to Draw” books that you always get out but never seem to be imbued with the sort of talent you thought they’d give you. 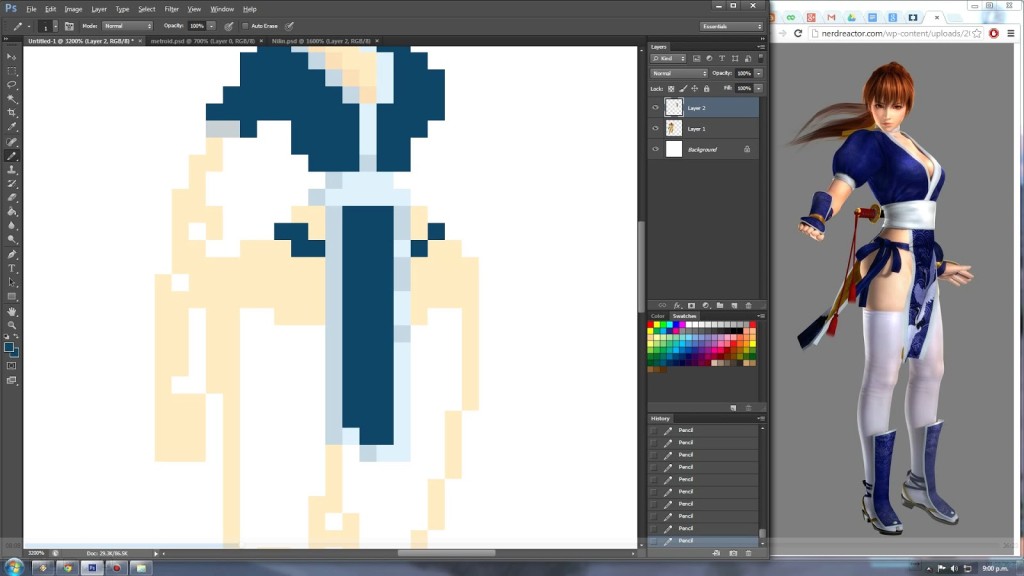 I then start to paint over the figure with the costume. After this stage she might look a bit fugly so I’ll have to muck around with the pose to make the costume work and not turn into a mush of pixels. 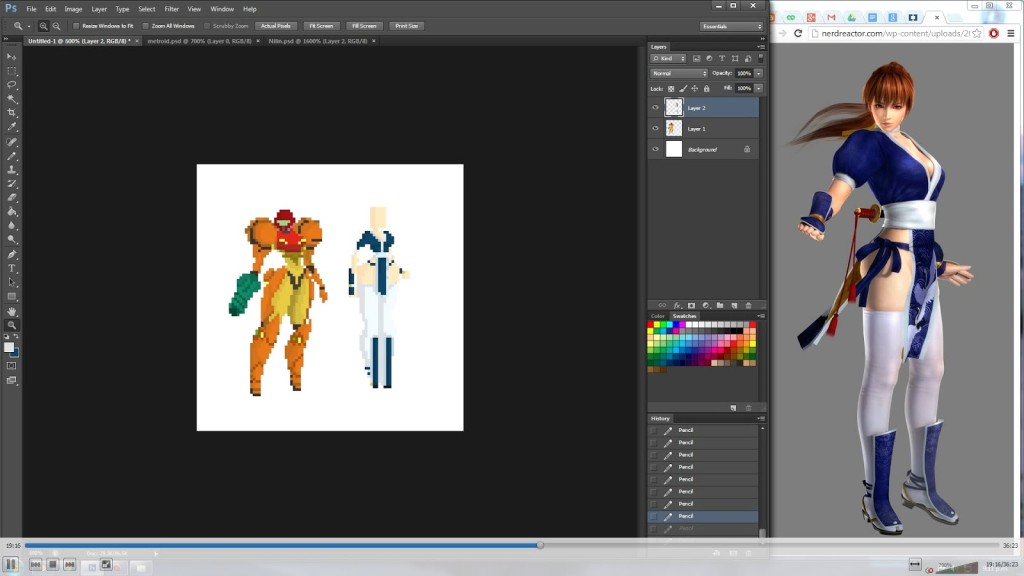 Zoom out often to make sure she’s looking alright. If she doesn’t, nuke ’em. 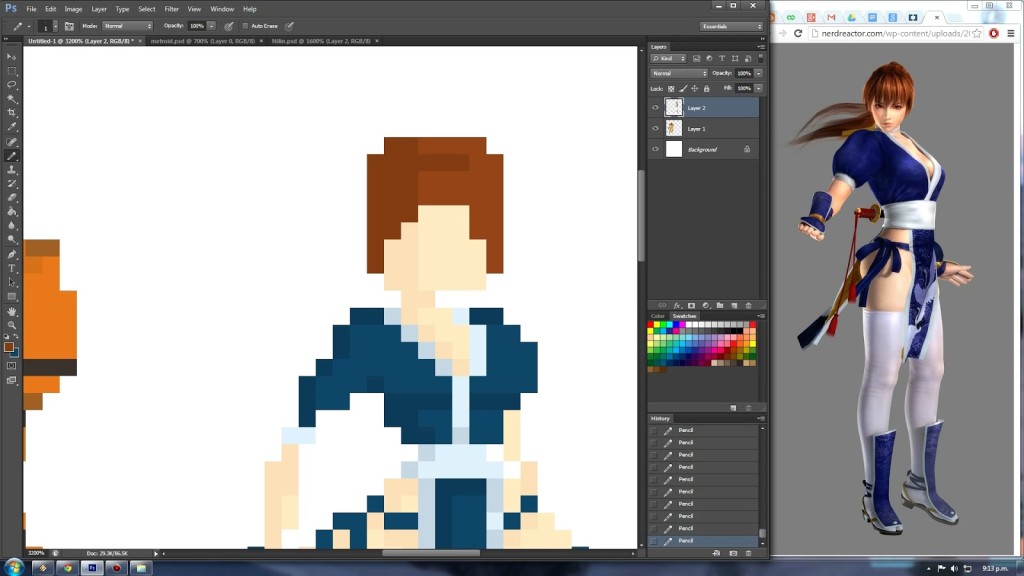 Getting her bowl cut on. Once I got all the base colour down I go ahead and do shading. I try and keep my girls consistent with the light source coming from the right. I have on occasion taken creative liberties to define limbs from one another, it’s one of the little tricks you need to use when you’re not working with a black outline. 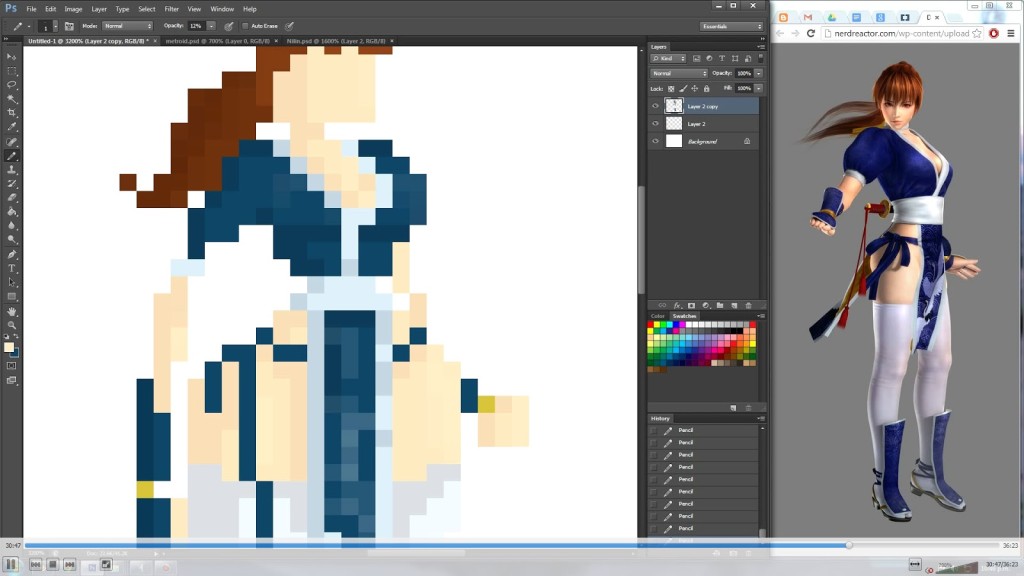 My final stage is doing some shading. I turn the opacity of my brush down to something like 10% and then just shade in the edges of my pre existing shadows, Some bits need it, some don’t. I don’t usually shade the face, but legs and things have softer roundy bits so those generally get given a slight gradient.
Now you’re done! You’re amazing! You win the gym badge! Now you’l definitely be liked by everyone!