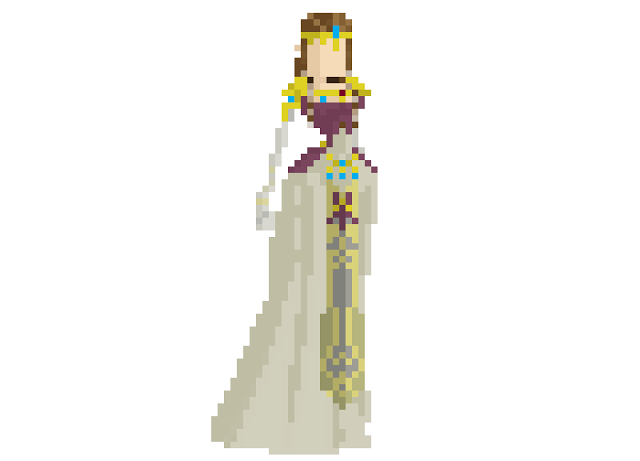 You can now buy this as a print!

I opted to go with the “Twilight Princess” version of Zelda, as it sort of just felt the most familiar, even though I had never played that one.
Back when we were kids me and my mate Jonathan would scrounge through the rubbish people left out on the side of the road during the Inorganics Collection. We got so much sweet loot. I managed to build my first computer scrounged from bits and pieces down the road. Once we found a giant CRT monitor, which to this day is still the biggest one I have ever seen. It took two of us to carry it, and even then we had to take breaks. I even found a box of ancient Dragon magazines from its early black and white days. Unfortunatly mum thought they were the devil, so she threw them all out, except for one I had on me at the time she snuck into my room and got them. I never really forgave her for that one. Oh well, to bad, I downloaded all the latest ones when I got my D&D Subscription. Like to see her throw away my iPad.
Oh yeah, before I get back on topic we were once shouted at by the neighbours for being wombles, which I thought was hilarious even at the time. Also I was going through some rubbish once and these older kids were walking back to their house. They saw me rifling through their rubbish and this girl went “Hey he’s going through our stuff!” I looked up, decided that hissing would be the most diplomatic way to handle the girls suprise that someone would want shit that they had relinquished and then ran away down the road.

There was one other treasure we got during our adventures. A couple saw that I found some old nintendo cartridges, including the original golden Zelda cartridge, they seem stoked that someone was interested in their old console. so they brought us out their entire system, in its box and everything. Now this was a point of contention. Ethan had a playstation, Jonathan already had a sega, I had (at best) a family PC which everyone shared. HOWEVER, they handed the box to Jonathan, and there’s no way a 10 year old is going to give that sort of thing up, even though I had a bunch of the cartridges and Ethan agreed I should have it. He stubbornly took his Nintendo into his house and it never left there again, even after he assured me I could borrow it sometimes. That was bullshit, I didn’t need his handouts. I once suggested I should take it a couple years later, to which his dad overheard and got shitty at me because I had no right to it. He didn’t understand kid diplomatic relations! He had no idea in the sort of Cold War he was nuking! There was nothing I could do after that. I’m surprised at how sad I feel writing this.
My first console was a PS3 I got last year.