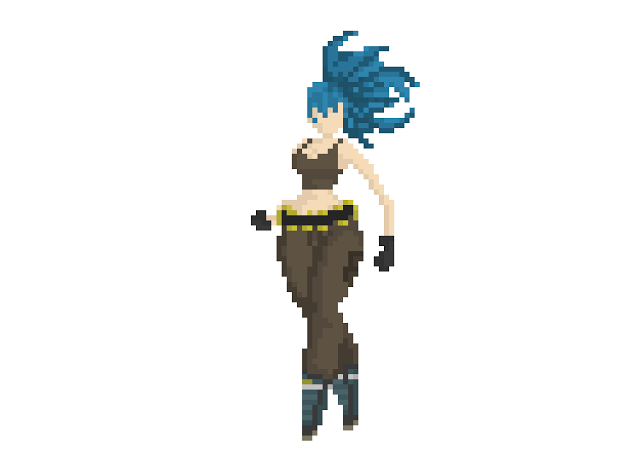 Leona Heidern down. Originated in 1996 in King Of Fighters ’96. Her fluffy bunch of hair was a real bitch to do.
The list is looking pretty horrific at the moment. League of Legends was almost a page by itself. I’m thinking that even if I don’t do everyone, the list in and of itself is pretty impressive. I haven’t found anything else quite like it on the net so far.