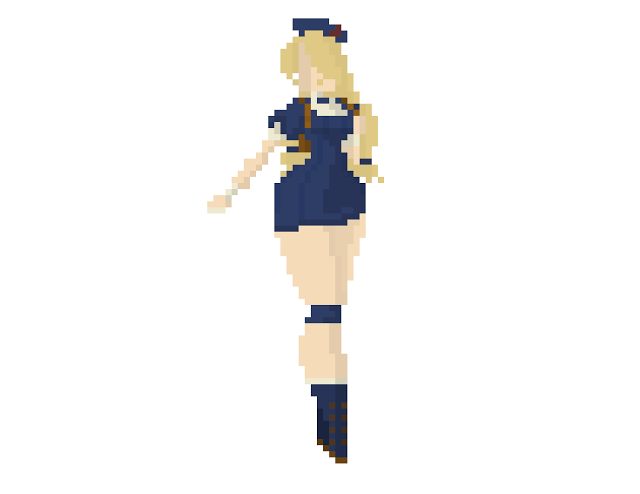 I really dig this one, Hinako Max. She’s the sumo wrestling chick, and one of the only schoolgirls who doesn’t seem to do the who sailor outfit thing. She appeared in 2000. 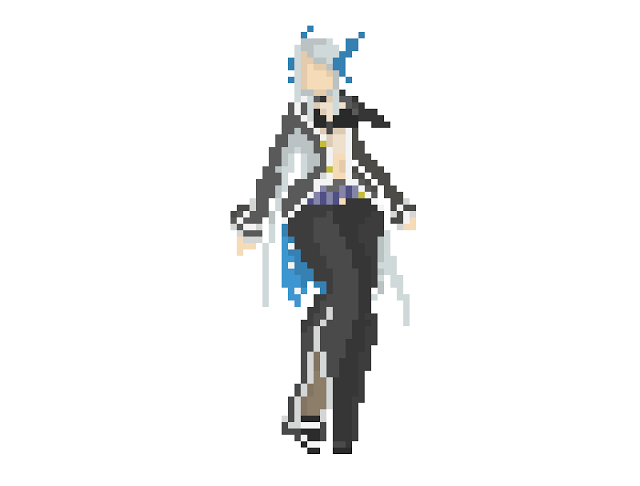 From KOF: Maximum Impact. Luise Meyrink. She’s based on a butterfly or something, I don’t care. 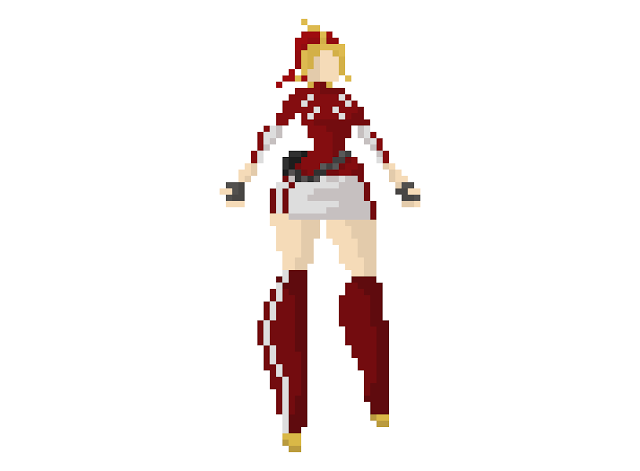 This is Malin. I had difficulty drawing her since her concept art has her posed in a weird position where her arms cover pretty much every detail. She holds knives and stuff but I left them out. Fortunatly there are still the sprite animations to work off, also a pretty decent cosplay. 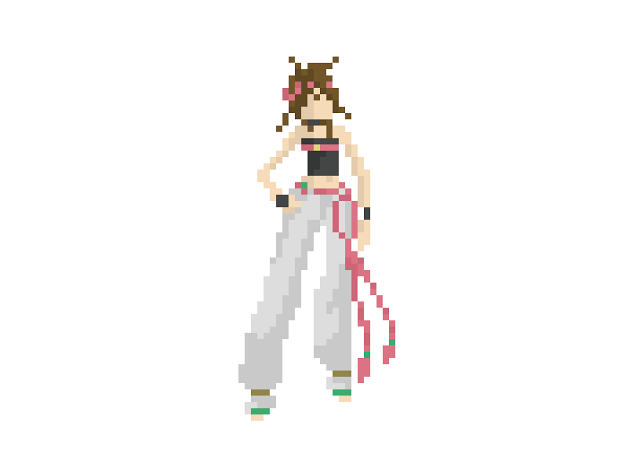 Momoko worried me quite a bit. My 8bit girls are kind of subtly sexualised I think, the whole child bearing hips thing. But Momoko is a little kid (Edit: Oh, I’ve just been informed by Matthew Venuti that she is in fact just a really short High schooler). I didn’t know whether I should grow her up to match the rest or to keep her young. I ended up drawing her current look, but I’m not sure about the whole thing. I may go back later and do a grown up version.
Man, I’ve been really pumping the Soundcloud recently. Tourist has pretty much revolutionized my listening habits. But today I’ve been listening to a Weeked remix of Electric Guest’s song “The Bait”. If you like what you hear check out Weeked and totally Google Electric Guest’s other song or check out their Youtube channel. “This Head I Hold” is the next song on the list to check out.