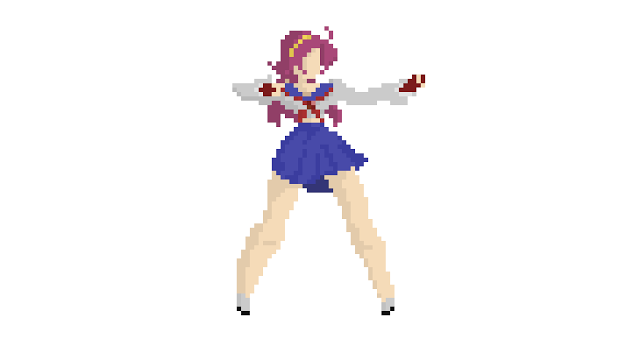 Originally from the 1986 Commodore 64 game Athena & then Psycho Soldier, Athena has been a mainstay in the King Of Fighters beat ’em up. I Drew her in her King Of Fighters XII regular outfit because it matched quite closely her Psycho Soldier get up. I didn’t really get how this sailor moon schoolgirl type thing had so much of a legacy. To be honest, her he-man type sword, shield, bikini and sandals thing made more sense. As an origin point it told me more about her as a character (Since I’m unfamiliar with her story) than the schoolgirl thing did. 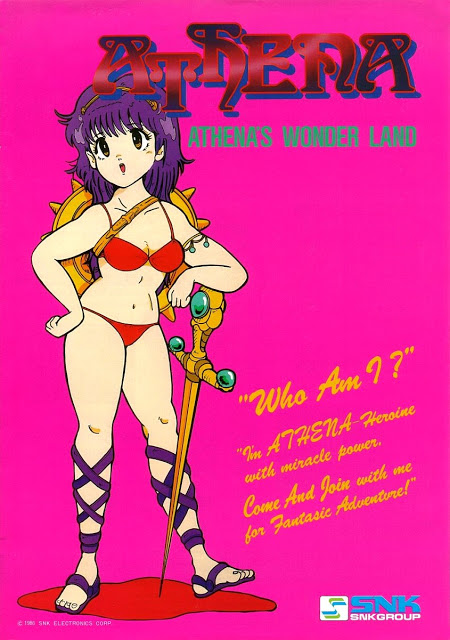 If you carry round a sword and wear almost nothing that tells me you’re some kind of Amazon barbarian thing. But if you are jumping in midair with crossed eyes it tells me you look like a retard. I like the catch phrase on the box “Who Am I?” “I’m ATHENA – Heroine with miracle power. Come And Join with me for Fantastic Adventure!”
I also completely ignored the art of the western version of Psycho Soldier, since it didn’t match up with the in game sprites one bit. It’s like they heard a vague description and just extrapolated from there, throwing in their Hair Metal & weird 80s space fantasy sensibilities just because they can. 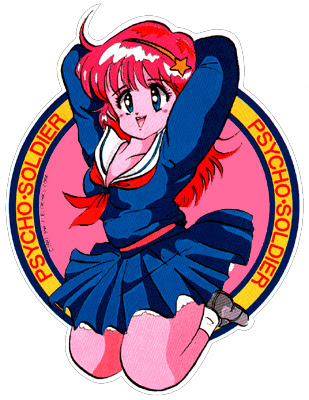