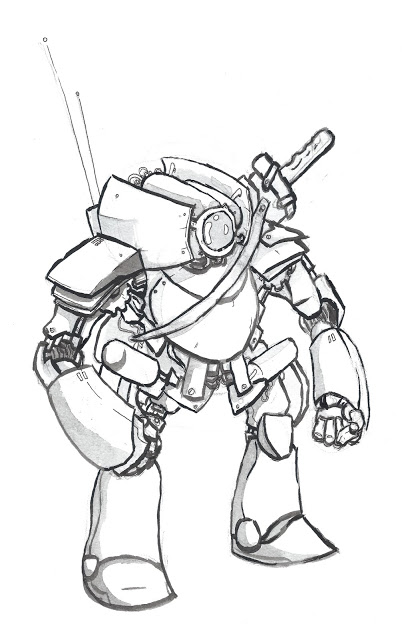 Got suggestions for what I should draw from G+. I was really just waiting for someone to say what I wanted to draw so then there would be only a pretence of choice and interaction. Who doesn’t dig a good robot. I’m really getting into doing my squat little ones at the moment. I guess it’s harking back to my only gundam experiences, which was with the little chibi ones. I used to play with them when I was little even though they were far too delicate for rough housing… Man I want to get a bunch now.