Download The Tron Vector Icon Here
The cartoon was awesome, and everyone agreed, except Disney, who purportedly said it had poor ratings, because the stuck it on at midnight behind a paywall with three armed guards shooting anyone who came anywhere near it.
So it’s going the way of Firefly, which is sad. It had awesome visuals and a decent storyline which appealed far to much to the older viewers. I don’t see why that’s a bad thing, Older people have more money than a kid. It’s cutting out the middlemanchild and getting right to the source.
So to celebrate I made the icon which features on Trons and Becks suit.
I have to say, they really got my sweet spot by adding in the Tetris T block in there. 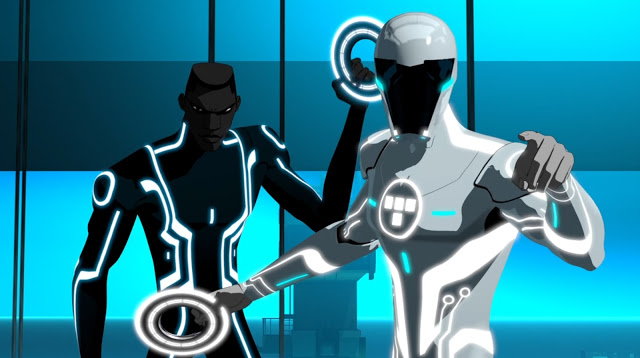