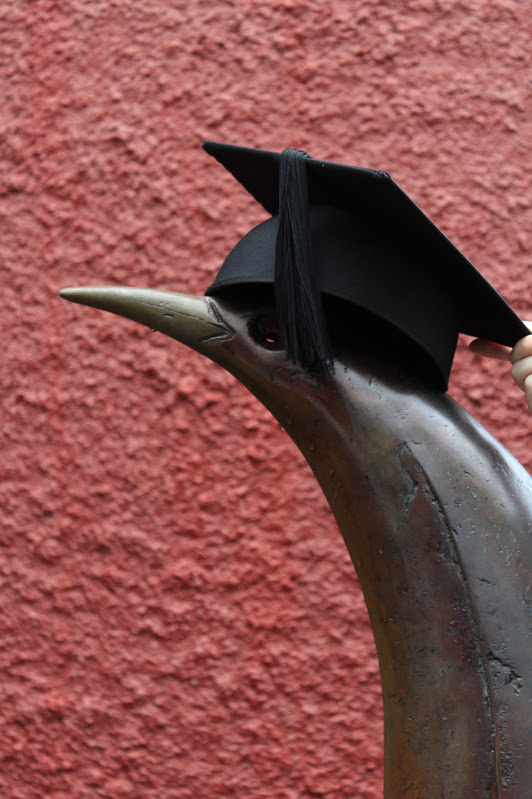 So I finally graduated with my lovely girlfriend. Some penguin also graduated, He had a stealy gaze and I couldn’t get much more out of him. It’s weird, It isn’t often I’m the one pulling the least silly faces. Although I did do a wide eyed stare at the camera as I was coming down the stairs. I didn’t realize it was being beamed on stage for the entire audience. But that makes it better I guess.
I never had much patriotism for Massey until yesterday. If it wasn’t for Becky I probably wouldn’t have gone. I’d have been content with just a degree in the mail that I could just use as a fancy paper plane. But I’m glad I went after all that. 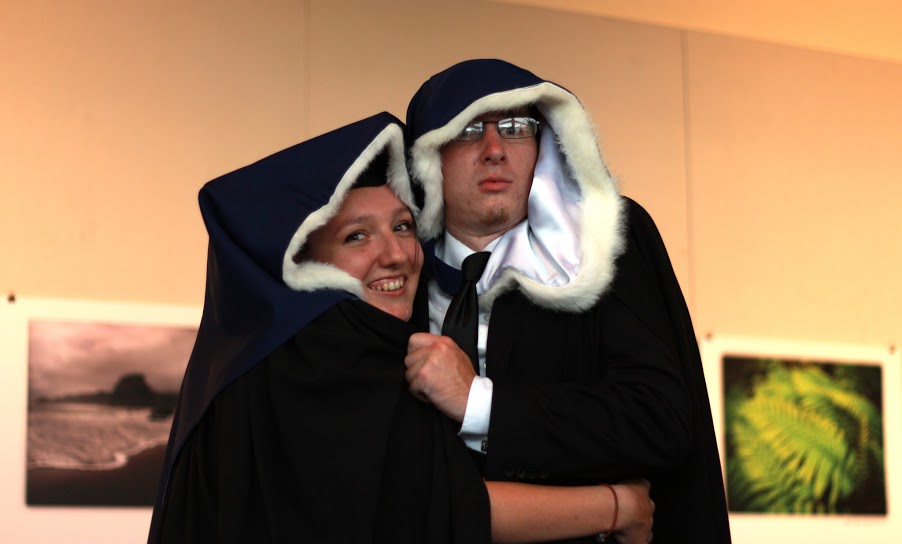 One thing I don’t understand is why people were so paranoid about getting our gowns wet. I mean, 100 years ago they wore those things all the time, and now we’re worried about getting them a little damp and losing our bond on them. What are they made out of now? Paper mache? I was also throwing around the idea of just keeping the whole thing and letting them keep my sixty dollar bond. I think that’s a pretty mint deal. In five years time I’ll just take another set of photos and pretend I graduated again. And next time there’s a Harry Potter themed event I’ll totally be ready. 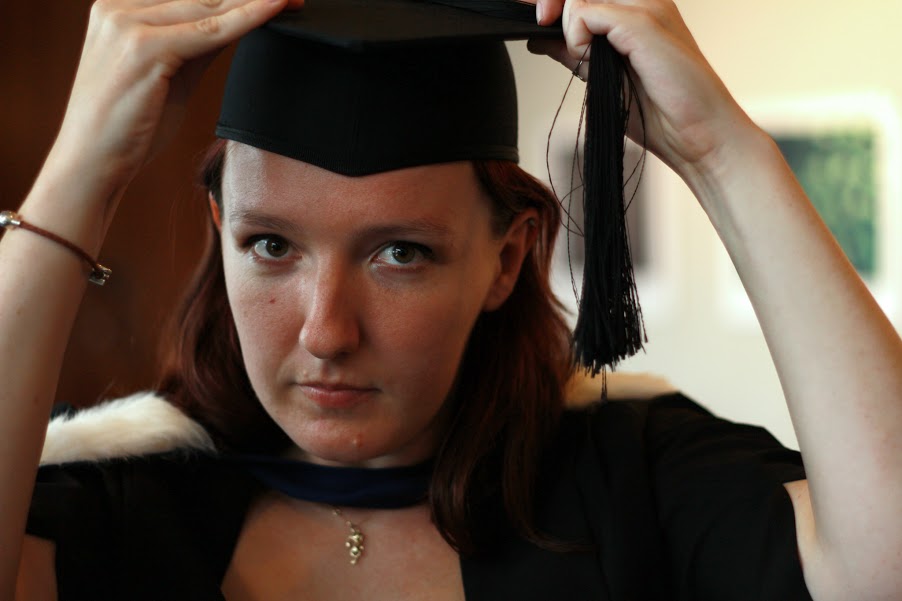 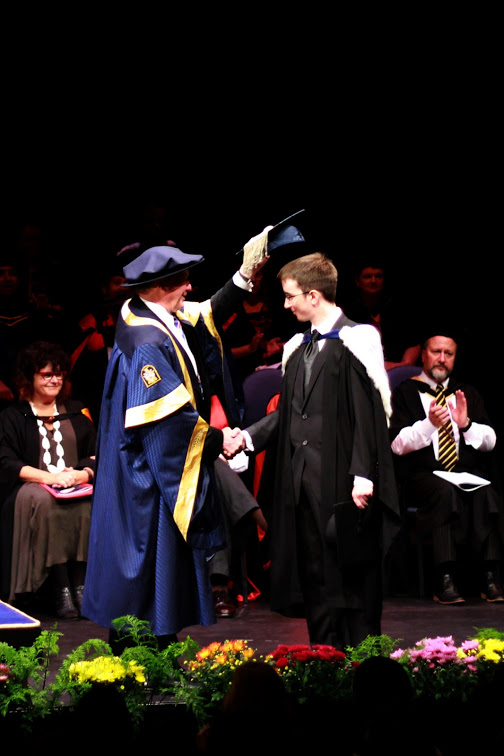 The Chancellor told me I must have some friends in the crowd, due to a few cheers which were real appreciated. I said yeah, ‘spose. Turns out he said the same thing to Becky. I’m not a special snowflake after all. Wish I’d taken the opportunity to tell him to not be stupid and close the design department in Auckland instead like I was planning on doing. 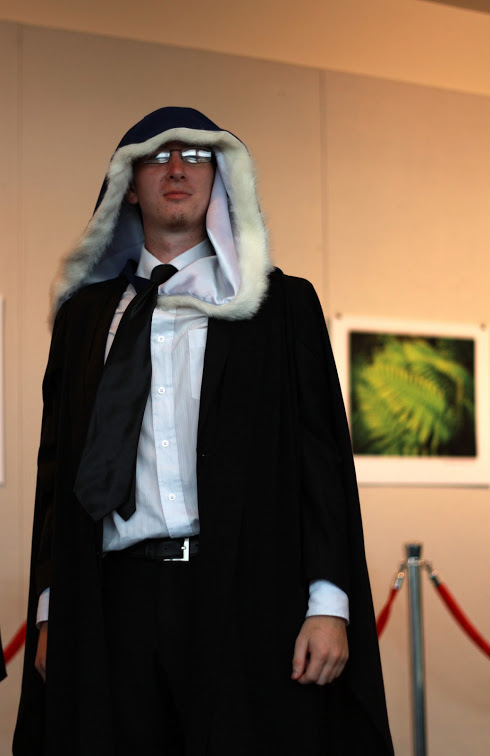 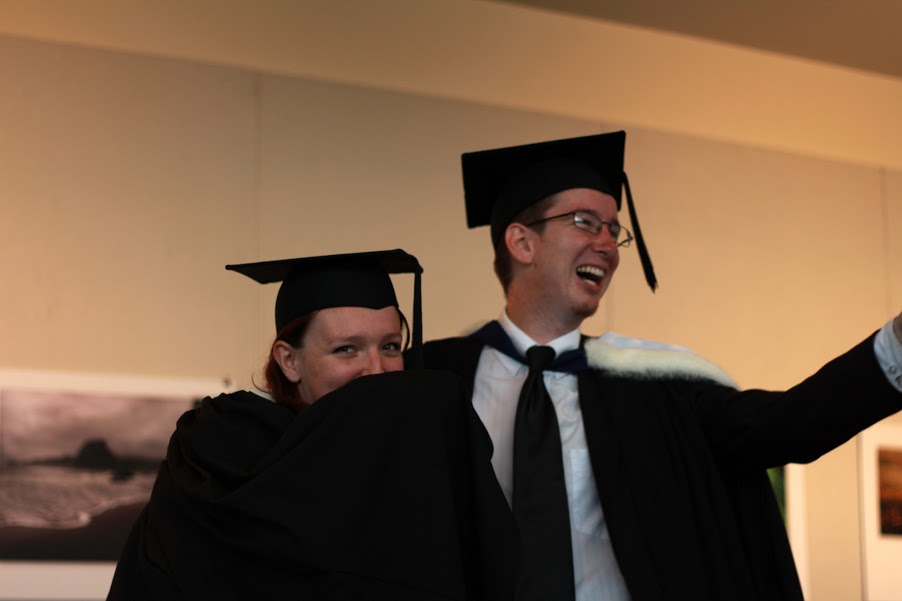 I’m actually laughing at something pretty hilarious, I’d tell you about it but I don’t think you deserve to know. That, and I can’t actually remember what was so funny. 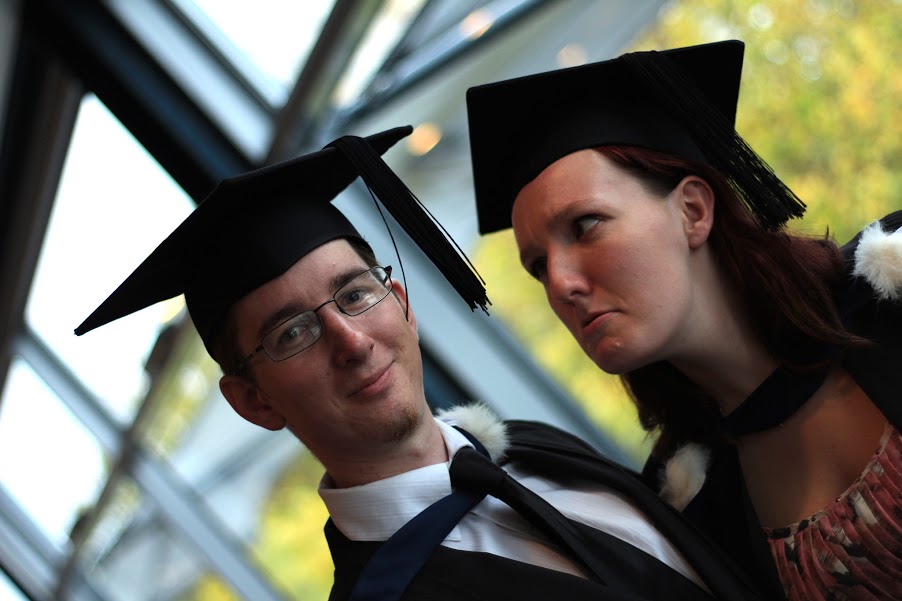 I’ve been thinking I should probably start writing my humble opinion about design and the things I’ve learned. Not because I think I’m better than everyone else (because I definitely am not), but I know I would have wanted to have read about someone (and I did) who had made it through the other end of the system and made it out alive. Also it’s probably the closest I’ll ever get to any sort of academia ever again. Which is a little bit of a shame, since I actually found all that stuff quite invigorating when I wasn’t forced to memorise it and shit it out the other end in a presentable fashion for my lecturers. 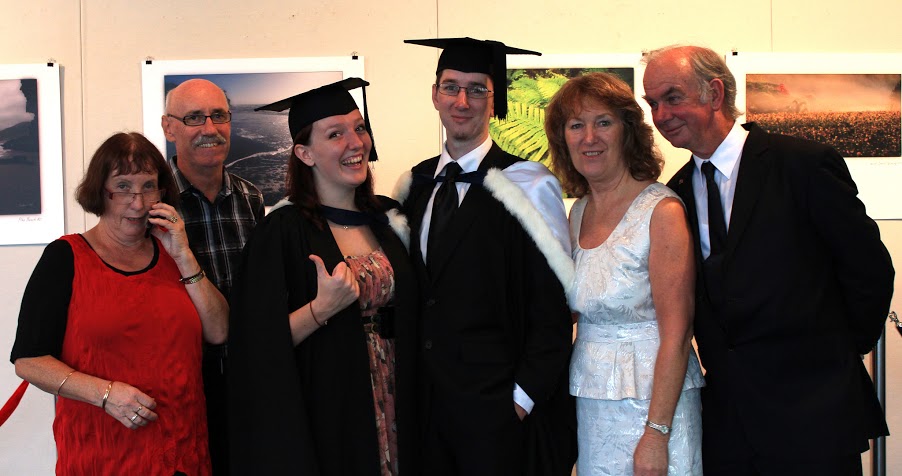 I wanted to say that this was the conclusion to a big part of my life. But I’m pretty sure I’ve already beaten myself to the punch in that regard when I properly finished uni ages ago and got stuck into having a job that pays for expensive fish and chips. Seriously, I got 29 dollars worth of fish and chips for just myself (Don’t worry, it was only enough to feed one person, not three families like it usually is). I’ve shocked myself with my wanton abandon when it comes to buying food now. But screw it. I work such long hours I deserve to clog my arteries in any way I please. I didn’t come this far to just continue living like a student.