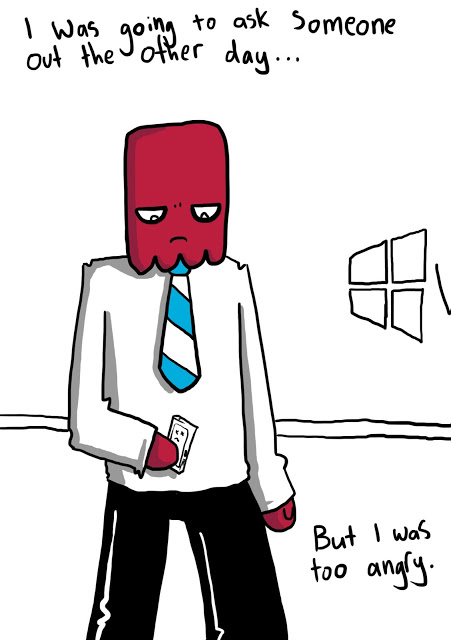 My history with Valentines day has never been good. Too much pressure is involved I think. It’s an evil day in which you are urged to show your affection for a change. As if we’re part of some totalitarian state that requires us to stifle our emotions until given periods of the year, and when the time does come you have to force it whether you’re in the mood or not. How is it ever a win situation? Either you make a big show out of loving someone but then leave the other party with the thought that maybe you’re just doing it because “it’s the day” or you don’t do it and they assume you hate their guts.

Of course we can’t do this rant without mentioning the other side of the coin. The lonely side that’s all by itself. When I was younger I have three quite clear memories of valentines. The first was when I met the likes of Zara and a few other peeps from youth group for the first time. We were all scared as hell because no one knew anyone. It was at the Auckland Domain and we all ended up having a rockin’ time. I showed off by sticking my head under some randoms deck chair and screaming at their butt. The next involved me a few years later being dumped a couple days before Valentines and then being taken back a few days after. The next was when I was a bit older and at a stage in your youth where you presume that since you don’t have a girlfriend you must be too ugly and obnoxiousness (Remember that I screamed at someones reclined buttocks) to ever be loved. I was at the mall and there were a billion people holding hands and PDA’ing all over each other. The most recent Valentines events have been traumatic at best, and self destructive at worst. Actually they’re “worse” and “worst”. The only thing worse than worse is worst.

Red Face knows what I’m talking about. His is a true story and I feel that now is the best time to show it to you. I’m like some sort of Valentines Grinch that puts razor blades in your chocolate. With all that said, Here’s an awesome song. I recommend it.