So I finally got a Beta key for the new Simcity, which much like the new Star Trek Movies or anything else which is attempting to be a reboot, doesn’t have anything appended on the title. Which is a little confusing I admit, because as far as my brother is concerned, he’s never needed a beta key to play Simcity. 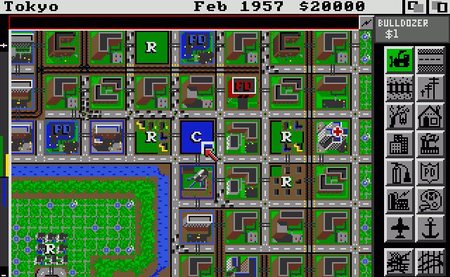 At the tender age of kindergartener I learnt the concepts of “residential”, “commercial”, and “industrial” while watching my brother play. I remember asking Mum whether we were driving through an industrial area once, which surprised her. But it was easy to tell where we were, the geography had a yellow tinge about it.
When I wasn’t allowed on the computer me and my friends would scrabble around in the dirt recreating Simcity, but we simply called it “The Game”. I’d play the arbiter, or what I’d later know as the dungeon master, proclaiming things like “Your residents are getting overweight! What are you gonna do about it?”
Once we got a post hole borer and made a bottomless shoot to hell which our citizens would through sacrificial offerings down. Overnight a hedgehog fell down it and we spent the afternoon trying to rescue it.
Anyway, eventually Simcity 2000 came out but we only had the demo to play. But we played the crap out of it anyway. Concepts like making water pipes and things baffled my brother, who to this day still only plays the original.
The first one I bought was Simcity 3000, which wasn’t much different. Simcity 4 stunk out loud and Simcity Deluxe on the iPad was ok. I quickly swamped the map with my city, which only took a sitting to do. The constant alerts were annoying, and no matter what I did, the water was never just good enough for my sims. 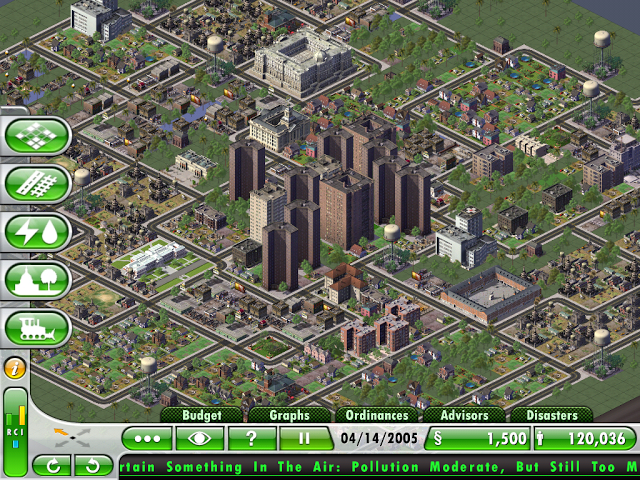 Then came the new Simcity. I watched a few play throughs and aesthetic concepts and fell in love with it. I went and applied for beta early on as well. I’m assuming everyone got a key by now if Gabe has one. Heh heh.
The game seems a lot more accessible than previous titles. It also cuts out a lot of the bells and redundant whistles that had started to spam up the game. But it holds true to the feel of Simcity somehow, and the music is awesome! For that alone I’m going to definitely go get the game. 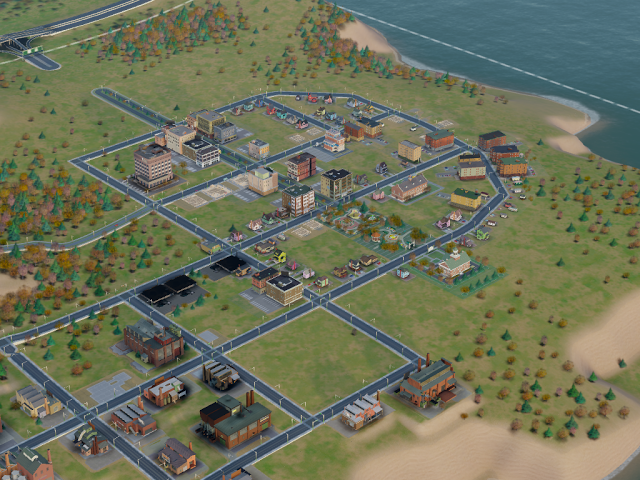 The game seems geared toward creating multiple citys that work in conjunction with each other. You can build a city right next door to your old one, and hire the facilities like waste removal and electricity to help run your new city more efficiently. One place can be for the average Joe, the other could be the vacation getaway city where that same Joe goes to blow his load of money.
It’s kind of invigorating starting a new city, plonking down some houses and then watching the people walk to their place of work if it’s within dawdling distance. It makes the little world your building feel just that little more believable.

You don’t mess around with power lines or water pipes anymore, instead everything is done via the roads. Zoning areas are built immediately adjacent to your streets, no more painting cubes of geography. Even handling dense, medium, light zones is done with the roading. If you upgrade the roads I assume that it unlocks the zones ability to become a dense residential or whatever.
After playing it Becky told me to buy it immediately. She’d never been a Simcity fan prior to her one hour demo.
I can’t wait for this game. March 5th is gonna be awesome. 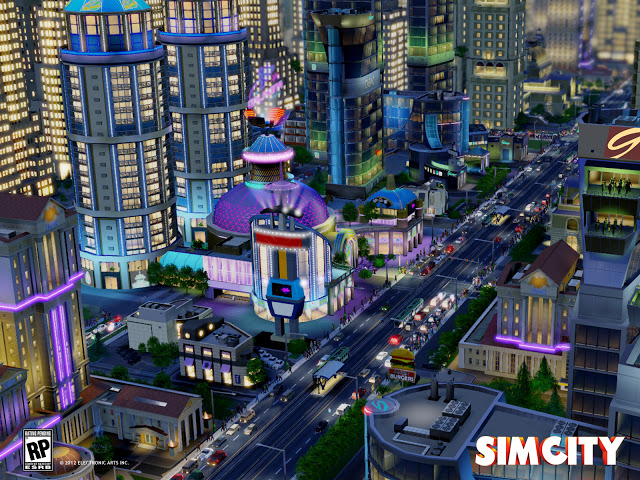 Although I’m personally blaming EA for how short and “advertisery” the “beta” was. it’s more like a consumer demo than an actual bug/stress test.