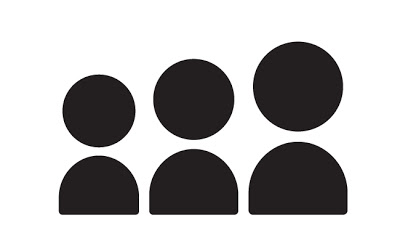 I signed up for the new Myspace a few months ago when I got a glimpse of that awesome showcase video they released. I got my invite to join earlier last week. I haven’t gotten off it since. I feel like I may be some sort of authority on Myspace now, since I’m one of the only ones that has given it a chance. I’ll attempt to give an enlightening debate on this new iteration of the network, hopefully without retreading all the old baron land that everyone else has.

I’m a designer. I like pretty things. I like Myspace. It’s pretty. It’s doing things in web design that I think other sites aren’t ballsy enough to try. They understand that people are going to use it on more than just their desktop. On the weekend I was streaming music in the sun on the deck with my iPad, it was awesome.
With that comes a learning curve. Much like the one you probably experienced when you started using G+ for the first time, or every time Facebook does a makeover and hides all its settings underneath another layer like a Windows wannabe.
Isn’t it just like Facebook?
People will draw this comparison a lot of every social media. “You connect friends or something so it must be exactly the same.” if you think this then you are essentially an old person who doesn’t see the difference between Pokemon and Call of Doody. They may both be games, but they go about entertainment in entirely different ways.
Isn’t it just like Myspace?
Perhaps. But probably not the Myspace you broke up with way back in the day. It may be more like the Myspace you stumbled over later when you were trying to pirate some of your favourite bands music. Don’t get hung up on the logo and name. It happens to be a new social media which happens to be called Myspace, throw away any of your preconceived notions about what Myspace is. Admittedly this is both their greatest strength and weakness. Keeping the name meant that it got in the media quicker than a new startup would. Unfortunately the brand has a lot of shit clinging to it.
Isn’t it just like Spotify?
You don’t need to install it, and you don’t need to bribe them to take the ads out from between every second song.
Are there ads?
No. And this worries me, I’m streaming entire albums for free. How are they gonna monetize? I hope they don’t spam themselves to death like Facebook is.

So what IS it all about?
It’s about listening to sweet tunes and sharing it with your friends, and hopefully finding some decent new bands in the process. I’ve found a bunch of new ones already, so I haven’t been disappointed. Also friends seem to be optional.
So if you have no friends on there, who are you connecting to?
Albums, artists, individual songs (and the odd friend here and there). Albums and songs get added to your library of music, where you can cue them up at any point, or turn into a mix, which anyone can access from your profile. You can essentially start your own radio station.
Are they paying you to be so nice about this? What are the downsides?
Sluts and randoms adding you. You don’t need to add them back though. So the riff raff can’t message me directly. But they can comment on my posts if they really wanted. Sluts seem to love Myspace for some reason. I hope that doesn’t make me a slut as well. Maybe they should call it Slutspace. It’s the one thing that brings the tone down to ghetto level. Fortunately you can just ignore the trash.
It can also be a little crashy at times. But that’s to be expected in such early days. Fortunatly the music player is really well done. If your browser crashes it will pick up right where you left off when you come back. Browsing the site doesn’t make the music skip or reload either. If it did then I wouldn’t use the site at all.

Ok you’ve piqued my interest. Get into some fine details.
Posts are limited to 150 characters and are lost in an ocean of music your friends have been listening to. Making “updates” and “posts” are deemphasized. You won’t need to worry about getting spammed with what your friends(or sluts) have been eating. That section seems to be tucked away. Making comments on images and on the posts themselves doesn’t seem to have a character limit. I guess the post itself is limited so it doesn’t take up that much space on the feed. With that said, the screen used for posting is SO SEXY, it’s begging to be sullied with your words.
You can start typing anywhere (that isn’t a text box) and it will jump automatically into the awesome search page. It’s everything I ever wanted in a search page and more, as silly as that sounds.

Ok admittedly this new Myspace was made specifically for me, in almost every aspect. If you hate music then you are a cylon and definitely won’t enjoy the new Myspace. Also I apologise for the confrontational tone I use occasionally throughout this post.
If you wanted to have a proper poke around the site but can’t get in yet I can send you an invite. I know the bouncer. Just send an email to [email protected] and I’ll send you an invite back. Or feel free to post in the comments section below.

Oh and if you were curious the font family New.Myspace uses throughout its site seems to be Benton Sans as far as I can tell.