D&D Box Final
Snow: Episode 28
Uncategorised October 13, 2012
Share
I wrote this for Moxy. It isn’t that great, but here it is. In all its shitty glory. I was gonna add sarcastic comments in it for the blog version, but due to needing to write a million other things, I opted not to. 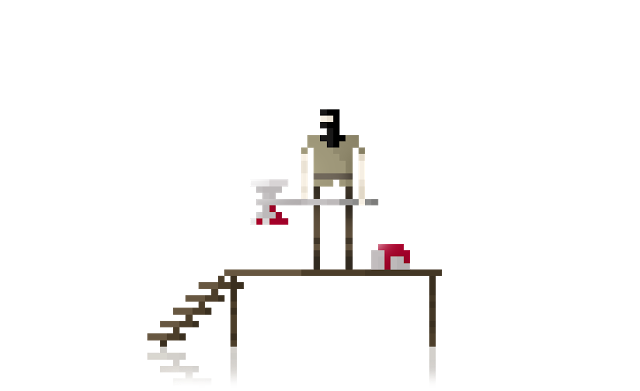 Over the past year there have been several cases of people being ripped to shreds by the internet. To be a little more specific, certain people who normally wouldn’t be found within the public domain have attracted the ire of a large proportion of the online community.

The two which will be highlighted within this article are Paul Christoforo and Charles Carreon. The oddity this pair shares is the fact neither of them had any sort of web or pop culture presence before each of their infamous debuts into the public eye.

Christoforo, the PR representative for ‘Avenger Controllers’ claimed internet infamy with his streak of poorly written correspondence with an upset customer. The customer was inquiring about details into when his controller would arrive and was becoming increasingly aggravated by the lack of information he was getting from Christoforo. This was added to the fact that the PR department, which was manned solely by Mr Christoforo, started replying to the customer with threats and belittling comments. Christoforo also went on to list almost everyone in the games industry he had connections with including ‘Penny Arcade’, a prominent webcomic within the gaming community.

Noting this, the customer forwarded the emails to Mike Krahulik, the artist of Penny Arcade. Krahulik was surprised by his inclusion within the list of Christoforo’s connections, since he had never heard of him before. Christoforo went on to email Krahulik abusively as well before realizing who he was. Unfortunately by this point it was too late, Krahulik published the entire exchange on his site, which quickly went viral and disseminated across the net.*

This could have been the turning point for Christoforo. If he had apologised for his conduct he may have halted the train of events which was beginning to pick up speed. Instead he tried to intimidate the lynch mob that was gathering on twitter, responding to them personally, which only stoked the flames. He swung between trying to gain sympathy for himself and his wife’s new baby, to aggressively threatening Krahulik and Avenger, the company who had decided to cut their loses and fire him.
The drama unfolded over about three weeks when it could have been over in a few days. The events that followed were a gruelling affair of Avenger vilifying Christoforo as much as possible to save what was left of their credibility. Every move he made was promptly reported to the media.
Interestingly it seems that if Christoforo had explained his own situation a lot more succinctly then he may have redeemed himself.
“I did design the current site, and when I designed the site, obviously I had to set the site up on an FTP server…  I wasn’t holding them hostage, but they owed me money. Simple as day. It’s a real simple situation. You owe me fifteen grand, pay me the money.”*

If this was indeed the case then Avenger may not have been as blameless in all this than everyone had originally thought. However it didn’t matter at the time, Christoforo’s reputation had been thoroughly tarnished and anything he had done would have been seen in a negative light.

‘So when did this transform from Oatmeal VS FunnyJunk to Carreon VS the internet?’

The popular webcomic called ‘The Oatmeal’ got into a scuffle with another site; ‘FunnyJunk’. The Oatmeal had proclaimed in a comic that FunnyJunk had consistently stolen content from his webcomic, and hosted it on their own site providing no link back or credits to The Oatmeal.
“I realize that trying to police copyright infringement on the internet is like strolling into the Vietnamese jungle circa 1964 and politely asking everyone to use squirt guns… but I felt I had to say something about what they’re doing.” stated Matthew Inman, creator of The Oatmeal on his blog.*

FunnyJunk quickly removed the stolen content from their site, but not before inciting their userbase against Inman. They flooded Inman with angry messages but after only a few days, it had passed with little incident. The issue lay dormant for a year until Inman suddenly got served papers from Charles Carreon, a lawyer representing FunnyJunk. Carreon was seeking reparation for damages made against FunnyJunk’s character. The claims made against Inman were flimsy at best, citing a year old post made by Inman which claimed that FunnyJunk had not taken down any of his comics.*

FunnyJunk was then demanding that Inman take down any content that related to them as well as pay them $20,000 in reparations. Inman’s response was that he would raise the $20,000, but instead of paying it to FunnyJunk he would send them a picture of the money before donating it to the National Wildlife Federation and the American Cancer Society.
This is when story takes a sinister twist as the antagonist emerges.

Inman had published the legal documents online, and had blurred out most of the personal details of the lawyer involved in the dispute. However, the name of the lawyer was still emblazoned across the top of the document. It only took a quick google search for trolls to find the lawyer Charles Carreon. A brutal spamming of Carreon’s website and all his social networking profiles quickly followed.

It’s not often that a lawyer overshadows the case and becomes more famous than the client, so it’s almost understandable that Carreon had no idea how to react under the circumstances. Much like Christoforo, he had a chance to extract himself from the situation. Instead he attempted to shut down the charity event.

Inman puts it succinctly “So when did this transform from Oatmeal VS FunnyJunk to Carreon VS the internet? I’m going to take a wild shot in the dark here and guess that it’s when you announced to a journalist at MSNBC that you were trying to shut down a charity fundraiser which would benefit cancer victims and endangered wildlife. THAT was the moment when the tide of public opinion focused on you instead of FunnyJunk.”* 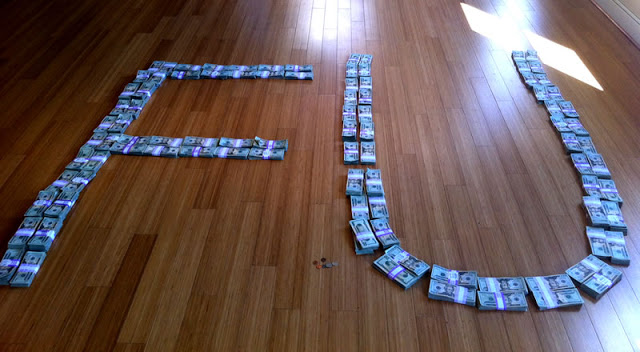 The whole thing turned into a bizarre sideshow, even to the point where Carreon’s wife got involved, abusing almost everyone. Despite all this Inman raised $211,223 – far exceeding the 20,000 he had been expecting.*

These two cases of online humiliation demonstrates Christoforo’s and Carreon’s lack understanding of the internet. Christoforo didn’t realize that anything you put on the web would not stay private for long. The very purpose of the internet is to share information quickly and easily. To presuppose that outrageous emails, which could potentially be very damaging to your career, would not leak to the public is foolhardy, especially when sending an email into the hands of someone who would quite happily see your career die.

Christoforo also fell victim to the Streisand effect. This is a phenomenon dubbed after Barbra Streisand’s attempt at suppressing images of her house, which only served in grabbing the public attention, thus spawning hundreds of news articles which featured the very images she was attempting to suppress. Like quicksand, the more someone tries to fight the effect the worse it becomes. The best he could have done under the circumstances was to apologise and back out as soon as possible.

Carreon’s mistake was responding to the swathe of abuse he had garnered. One of the first things kids learn when they participate in forums is that they ‘shouldn’t feed the trolls.’ If he had ignored them, and not taken the abuse personally, he would not now be seen as the lawyer that got out witted by a cartoonist. He could have let FunnyJunk take the abuse, but instead gathered all the attention on himself and by extension his family.

The idea of not feeding trolls is based on operant conditioning, a learning technique where an individuals actions and behaviour is changed by the consequences they encounter. Unfortunately there are always certain elements that Carreon couldn’t negate through inaction. For example, the trolls behaviour could be rewarded by those around them who agree with the sentiments expressed. However, this would not fuel their attacks for long, whereas a reaction from Carreon, which further vilifies him in their eyes, would.

It may not be entirely fair to label those who had abused Carreon and Christoforo as trolls. They sent their complaints through the most direct avenues they could find, either by email or through the victim’s facebooks. A lot of their comments were brutally harsh, threatening rape etc, were all these people actual psychotics? It would be a simple enough task to label them as such if this were happening in a physical domain.

‘After reading a few hundred thousand comments about how big of a piece of shit I am, it starts to affect you a little bit.’

There are a few factors which must be brought in to account for this brutal behaviour. One of which existed long before the internet, and another which found its home here. The former is deindividuation, where a large group of people loses self-awareness. A crowd is defined as “a group of people united by a common characteristic”, so when this crowd loses its self awareness it is then possessed towards a common goal. Sociologists study crowd psychology closely, as manipulation of a mob could both be a powerful tool for change and a way to save lives. What happens when this mentality is brought to a digital environment is that while people may not be able to see the rest of the mob, they still gain positive feedback which serves to further motivate them.

The second ingredient in our abusive lynch mob recipe is described as the ‘Online Disinhibition Effect.’ It is a phenomenon which users may be familiar with. People often find it easier talking to a stranger on a forum about their life than they would to someone they know in person, this is the online disinhibition effect. It’s a two edged sword though, one side is a cathartic release which helps people to network in a non intimidating environment. The other side is a horrible place where you are hardly recognized as being a human being. This dehumanization allows people to say whatever they like without feeling any sort of empathy.*

Christoforo felt the full impact of this darker side of disinhibition “The first 24 hours I was like: ‘Yeah, yeah, yeah. Whatever, whatever.’ And then after the first 24 hours, and the next 24 hours, things were getting stressful with home. Things were getting stressful for me. Everybody was just on me so much. After reading a few hundred thousand comments about how big of a piece of shit I am, it starts to affect you a little bit.”*

Avenger Controllers now has a decent amount of exposure, and more people are aware of the product since the debacle and Christoforo is currently writing a book on what not to do during a PR disaster. After the success of Inman’s charity campaign he went on to raise over a million dollars for a museum dedicated to Nikola Tesla. Carreon dropped his lawsuit against Inman and declared ‘mission accomplished…I’m famous, I’m notorious.’*