I’ve been working on a couple of pieces for posters I’m making for uni. Well, hopefully they’re good enough for posters. I’m not sure. They’l be used for my DnD Next campaign thingy I’m working on. I wanted to keep the style at a “concept art” level.
Looking at them now that the chick is looking more cartoony than the guy. Might play with colour levels and stuff. I guess it doesn’t help that she’s wearing Imperial armour from Skyrim.
His on the other hand, are actual pauldrons and leather armour. 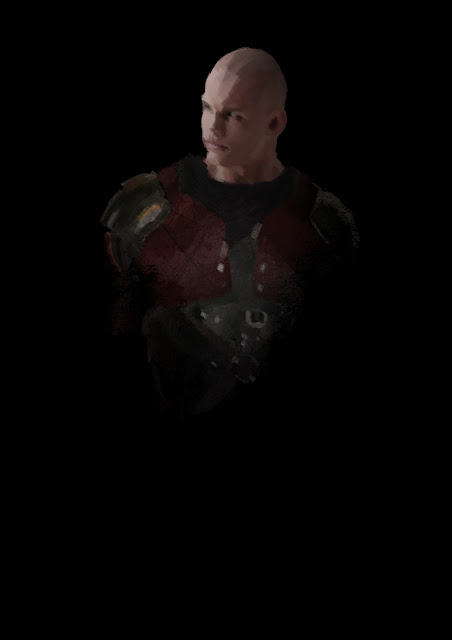 I have to admit, females seriously miss out in the bulky armour department. I didn’t want her to be all floppy outy tits and exposed midriff. But that’s pretty much all you find when you google fetish fantasy armour. I mean, I’m a big fan of the sexy chainmail girl as much as the next guy. But sometimes it gets to be plain ridiculious.