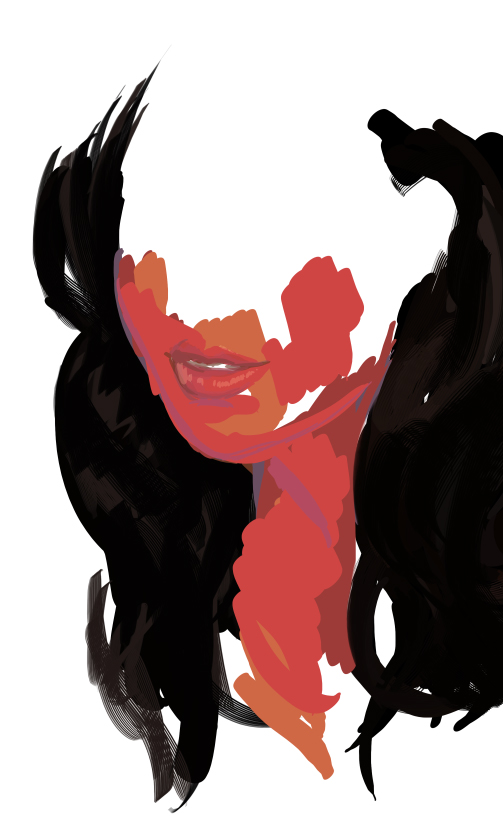 Drew this for Beckies Colour Me Monday. Unfortunatly what you see is a screenshot, since it went and crashed at this point. Fortunatly for me I was zoomed out when it happened, so I managed to get a shot of the whole thing.
Back from Wellington! It was rad. Spent a lot of our time on Cuba Street. It’s like K Road, except with less transvestites and titty shops. A quick rundown of what happened (since I’m never gonna do an extensive post on what happened, time has taught me this.)
Figuring out that flying domestic takes less ID than buying alcohol. Finding out that having a cold and your head getting compressed by air pressure at the same time is a really bad combination. Taxi drivers talk a lot, lonely bastards. Hotel rooms without microwaves destroys all hope of eating in. Walking A LOT. It’s freezing down there, got a new replacement beany, which looks a lot like my last one (so I don’t need to learn how to draw a different pattern). Never thought I would come back to Auckland and say “wow, It’s nice and warm!” Te Papa has a giant disgusting squid, which was disgusting. Did I mention it was grossgusting? Becky cripples anything that vaguely resembles technology. The sticker/street art down there is sweet! Wholly Bagels suck! Why are there three of them? One barely warrants existence (opinion based off two bagels). Graphic is awesome. Although I was disappointed at the amount of RPG stuff they had. The pile of second hand bookstores helped sate my thirst for bound words. Monday nights at a comedy bar are pretty much dead, but it’s fine, since they cater all the jokes to us, cause we’re the only ones there that aren’t comedians.
Cadbury cream eggs kind of look like baby poo when they have been smooshed into your underwear. Prometheus is a sweet movie if you aren’t bothered with things like details and answers.

0 Thoughts on Colour Me Someday & Wellington