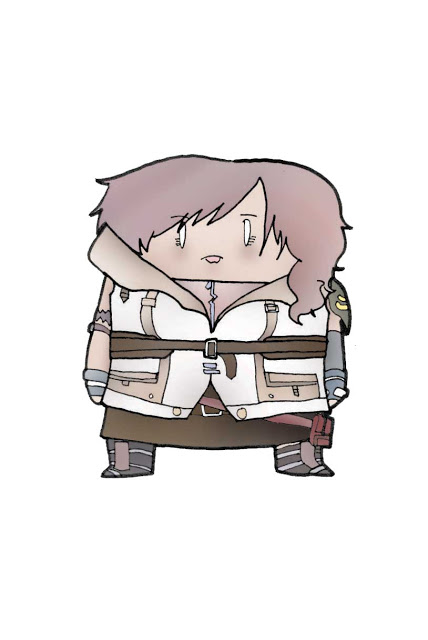 Another suggestion from Quin. Lightning. I don’t know a whole lot about her really. She’s a soldier I’m pretty sure. Pretty liberal army if you ask me. Something that all video game characters seem to have accentuated on their female cast is their legs. And that’s exactly what my blobby people lack. I have enough room to shove some booties on their feet and that’s about it. So you get to miss out on the fetish level of straps that they stick around their legs.
Dungeons and Dragons is starting work on their next edition. And they seem to be (at least in advertising) gearing it to be made by the users. I have mixed feelings about all this. One: Snakes on a Plane was the last thing I remember being fan made. Two: The red box came out like last year! Now your telling newbies that all that sweat and tears learning 4e is all for naught. Three: What if you fix everything to the point my blobby game becomes redundant?? Yes. My games a pen & paper RPG.