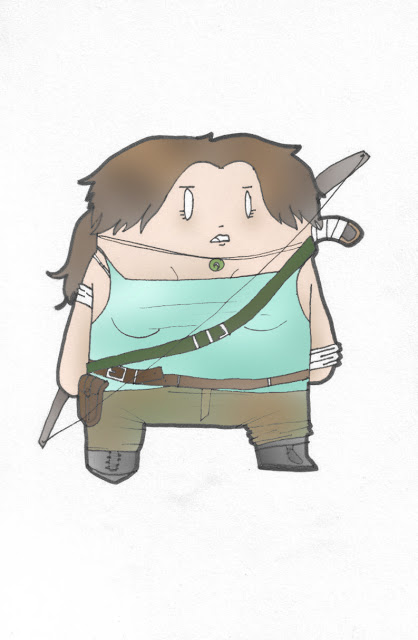 I decided to draw the new Lara Croft instead of the triple D short shorts Lara. Apparently they’re rebooting the series and making all the other games non canon. I never really played any of them, and last time I did, it was pretty cool looking. I have to say the trailer looks pretty neato. Apart from the fact it shows you a big fat zero of gameplay. It’s a bit like dressing up like the Monopoly man for your friends, dancing around for 2 minutes, and then telling them that’s exactly like playing monopoly “So we should totally play it now!”
But they still wont. Because no one likes committing for that amount of time to a game they’re pretty sure they will lose.
But anyway, She’s looking pretty bad ass in this trailer either way.